Living Up to Expectations & Meet the Real Mr. Rogers

The real story of a man trying to stay true to his mandate from God & fascinating, little-known facts about Rogers. 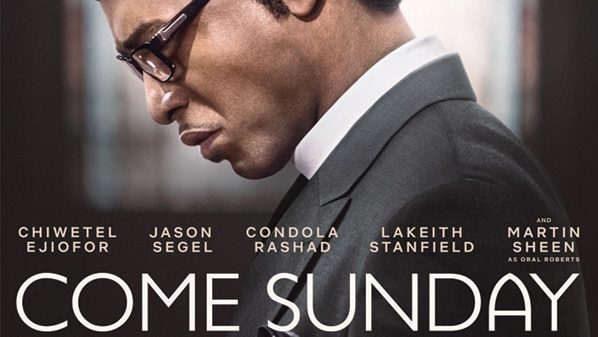 We’re familiar with stories about people who hear God’s voice and abandon everything to follow His lead—as long as those stories are in the Bible. If their names are Noah, Abraham, Moses, or Elisha, no problem. We’ve heard those stories before, dozens of times.

But what about our contemporaries, people who share our space? What do we say when they report hearing God’s voice? That’s the question behind the recent Netflix release Come Sunday, starring Chiwetel Ejiofor, Jason Segel, and Martin Sheen.

The film begins with megachurch pastor Carlton Pearson (Ejiofor) returning from a trip where he has been the featured speaker. Although spiritually, emotionally, and physically exhausted by the weekend’s activities, his seatmate on the flight home is apparently in some emotional distress herself. Pearson sees it as an opportunity to share his faith; and by the end of the conversation the woman has accepted Christ as her Savior.

It soon becomes apparent that Pearson’s primary motivation in bringing people to Christ is his belief in a fiery hell that punishes sinners for eternity.

The drama in the film comes when Pearson begins to question his understanding of a loving God who punishes people eternally, especially those who were prevented by geography or circumstances from hearing the gospel and accepting Christ.

At the beginning of the film Pearson is leading the Higher Dimensions Family Church in Tulsa, Oklahoma, with an average attendance of 6,000 each Sunday. He is also being mentored by Oral Roberts (Martin Sheen), and has one of the most watched television programs on the Trinity Broadcasting Network.

As Pearson shares his new belief in the unconditional love of God, he begins to lose the support of his congregation’s leaders, as well as most of its members. Come Sunday illustrates the emotional and spiritual struggles of a man shunned by colleagues and friends because of his steadfast belief that God has communicated to him an essential truth unseen by most of those around him.

Come Sunday had its genesis in a This American Life radio broadcast and subsequent podcast about Pearson’s story (www.thisamericanlife.org/304/heretics). The Netflix version of his story debuted at the Sundance Film Festival, and the film reflects the industry’s high standards of acting and cinematography.

The theology of Carlton Pearson, a Pentecostal preacher, was a long way from Seventh-day Adventist orthodoxy. Even after Pearson abandoned the hellish doctrine of the eternal punishing of the wicked, his theology was still far removed from what most Adventists consider orthodox.

But in Come Sunday theology is just a vehicle that drives the drama. The real story is the struggle of a man trying to stay true to his mandate from God when nearly everyone tells him he’s wrong. It also begs the question: How far are we willing to go when we’re convinced God has spoken to us?

Fred Rogers, Presbyterian minister, host of the iconic children’s show Mr. Rogers’ Neighborhood, and advocate for wholesome children’s television programming, has been dead for 15 years. But his influence seems as strong as ever thanks to a new documentary film.

Won’t You Be My Neighbor? takes Rogers’ campaign for family-friendly children’s programming and, with hours of archival film footage, describes its inception and effect on countless children’s lives, as well as on society as a whole.

Rogers, who began his career in television as a reaction to the mindless, juvenile, slapstick entertainment then being peddled to kids, dared to treat his audience with respect and have conversations about such weighty topics as fear, death, self-esteem, divorce, racism, and war, all in a context that inspired trust. “Love is at the root of everything; all learning, all relationships,” he maintained. Rogers’ love for children, and for adults as well, is one of the primary themes of this film.

The film is rich with interviews from people who played supporting roles in the production of Mr. Rogers’ Neighborhood. And although it is a film about children’s television programming, it is not necessarily appropriate for children. Because of the themes, and some of the ways Rogers was lampooned and satirized over the years, the film is rated PG-13.

Won’t You Be My Neighbor? has some fascinating, little-known facts about Rogers and his neighborhood. For example, an accomplished musician, he wrote most of the songs for the program. He also voiced many of the characters. He developed a distinctive way for children to discern between fantasy and reality on the program. He played a significant role in securing federal funding for the Public Broadcasting System. The number 143 figures prominently in his personal and professional life. He produced a program for adults that failed after only a few episodes.

Won’t You Be My Neighbor? is a remarkable introduction to a man who saw the potential of children’s television and took the road less traveled to provide intelligent, age-appropriate programming to a couple generations of kids. As a devout Christian he let his actions and his words speak for the thing he held most dear: “The greatest thing that we can do is to help somebody know that they’re loved and capable of loving.”

Won’t You Be My Neighbor?—the kind of film that requires a good supply of tissue on hand.

closer-look
With What Lenses Do We See?
It is not uncommon for a reader to read through the lenses of their own culture.
closer-look
The Final Hope
Best-selling author Clifford Goldstein has written another book for friends...
Commentary
Confessions of an Adventist Mom
We long for our children to love Jesus, and when they don't, it can create a deep ache in a mother's soul.