The story of Black inclusion in the life and leadership of the Seventh-day Adventist Church. 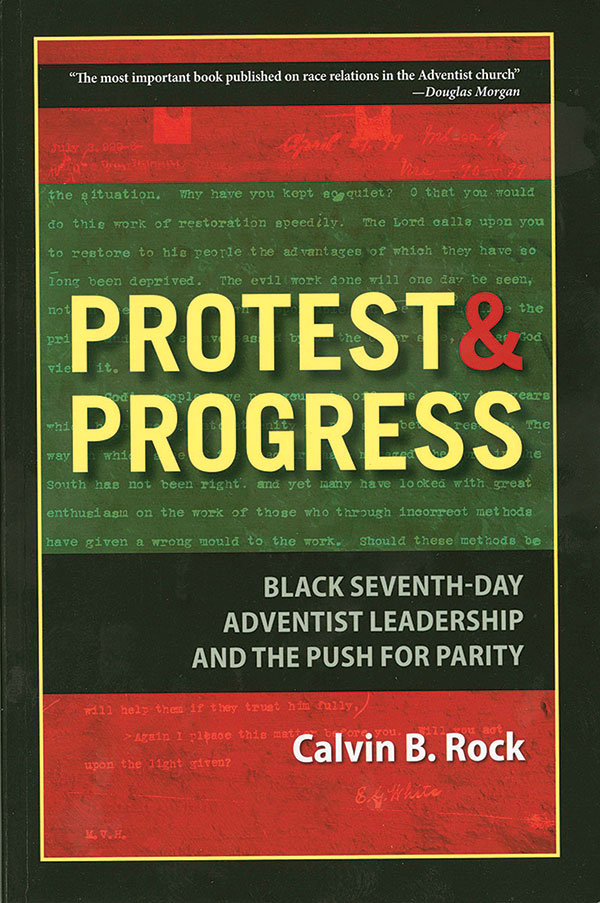 Reading Protest and Progress is to read an instant classic. It is a detailed, well-annotated account of the history of the Seventh-day Adventist Church as it relates to its African American members.

The author, Calvin B. Rock, is retired after serving as a general vice president of the General Conference, president of Oakwood University, and chair of several important boards and committees. His is a voice of credibility. Beyond that, Rock is a bridge between Adventist past and its present. His maternal grandmother, Etta Littlejohn Bradford, was among the first 16 students to enroll in Oakwood Industrial School (now Oakwood University).

With amazing (and sometimes overwhelming) detail, the author traces the positions of White Adventist pioneers—almost all of whom were abolitionists—comparing them with later administrators, most of whom practiced, though they did not publicly advocate, separation between Blacks and Whites. In the process he tells the stories of such captivating personalities as Charles Kinny, Lewis Sheafe, James Howard, and W. H. Green, who worked, with varying degrees of success, to bring the races closer together.

The story of Black inclusion in the life and leadership of the Seventh-day Adventist Church reflects in many ways the experience of African Americans in the wider population in the United States. Through the last half of the nineteenth century and the first half of the twentieth, Black and White individuals in both spheres were expected to know their place and behave accordingly.

But the gospel’s imperatives of equality and inclusion permeate the book, which is divided into three parts: The Protest Movements, The Challenge Ahead, and Appendices.

The first section deals primarily with attempts by Black Adventist leaders to be represented at all levels of church administration. It details their incremental progress in what was essentially a segregated system. Particularly heartbreaking is reading the correspondence between church, school, and hospital administrators and Black constituents as to why Blacks (or Coloreds as they were then known) could not be accommodated in their respective institutions. It is a chapter in our history that we would rather forget, but dare not.

In The Challenge Ahead, the author examines the pros and cons of “regional conferences,” the accommodation the church developed in the 1940s to give Blacks more autonomy in charting their own course administratively. Arguments both for and against are presented objectively, leaving it to readers to decide the best path forward.

The appendices are remarkably comprehensive, containing letters and minutes of meetings at which relationships between the races were discussed and catalogued.

Sadly, the church has often been a step or two behind society in grappling with these issues. But current news headlines and newsfeeds remind us of society’s continued struggle with them and demonstrate that this book about the past is compellingly relevant today. Protest and Progress is a great tool for helping us learn our lessons about race.