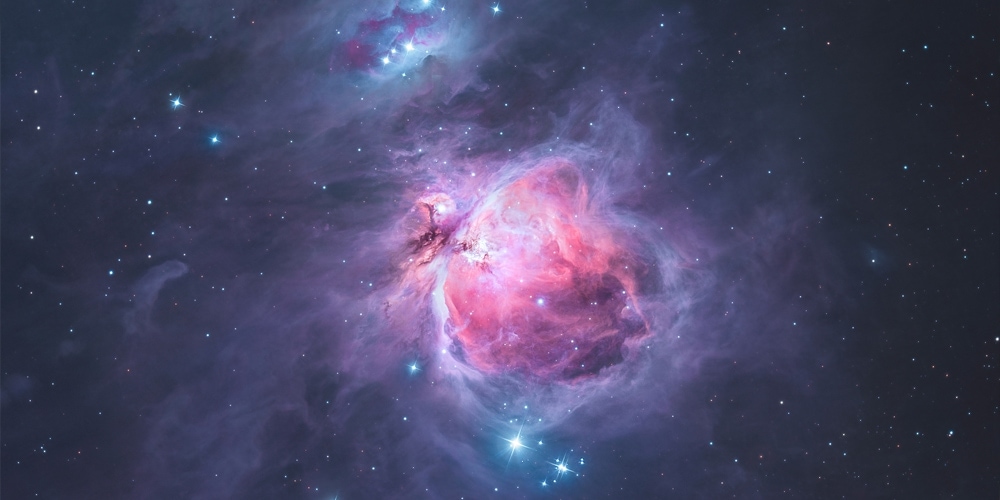 This is just the known universe, what’s capturable with our telescopes and theories. If the universe is infinite, then our telescopes and theories will, eventually, fizzle out somewhere in the cosmos but, technically, be no closer to the edge than when they started. (If the universe is not infinite, what’s immediately outside its edge, what’s it made of, what’s its color, texture, how far does it extend, and what comes after?)

How do we respond? This truth is so crushingly big, and we’re so infinitesimally small before it. Any response would seem insulting . . . like tossing pennies at Jeff Bezos. The idea of doing something to earn merit before the Creator of 200,000,000,000,000,000,000,000 stars spread across an infinite cosmos hanging on the cross knots up my nerves. When I expressed to a friend my frustration over how outrageously pathetic anything I could do would be before the reality of the Creator crucified, he responded: “All we can do is worship.”

“The cross of Christ,” wrote Ellen White, “will be the science and the song of the redeemed through all eternity. In Christ glorified they will behold Christ crucified. Never will it be forgotten that He whose power created and upheld the unnumbered worlds through the vast realms of space, the Beloved of God, the Majesty of heaven, He whom cherub and shining seraph delighted to adore—humbled Himself to uplift fallen [humanity]; that He bore the guilt and shame of sin, and the hiding of His Father's face, till the woes of a lost world broke His heart and crushed out His life on Calvary’s cross. That the Maker of all worlds, the Arbiter of all destinies, should lay aside His glory and humiliate Himself from love to [humanity] will ever excite the wonder and adoration of the universe.”