Jarrid Wilson, Darrin Patrick, Andrew Stoecklein, Isaac Hunter, Ed Montgomery, David Treadway, Teddy Parker Jr. — perhaps some of these names sound familiar. That’s because they made the news as pastors who have died by suicide.

The death of anyone by suicide is shocking and heartbreaking. But when it’s a pastor, someone considered a spiritual leader, the aftermath is even more challenging to grasp.

Jarrid Wilson was an associate pastor at Harvest Christian Fellowship in Riverside, California, United States. He was a mental health advocate and spoke openly about the related issues.

Later that night, Jarrid Wilson committed suicide. With such a public platform, it sparked the debate: if Jarrid had truly loved Jesus, he wouldn’t have committed suicide. If he were genuinely filled with the love of God, he would have been cured of his depression.

Many people responded to the news online, questioning Jarrid’s faith and decision to take his life. These are just a handful of tweets and Facebook comments:

“When you are full of Christ, there will be no room for depression or frustration. The fullness of Christ in you will choke it out.”

“Truly, Jesus could have delivered you from all those afflictions, but you decided not to let Him take control of your situation, and rather you focus on what your human eye saw. Now you have many believing this … not true!”

“Did [Jarrid] have the Holy Spirit?”

Not every response was like this. Some offered sincere condolences to Jarrid’s family, shared their fondest memories, and thanked Jarrid for how he had helped others overcome difficulties. But when Jarrid took his own life, it opened up this discussion: What does the Bible say about mental health and suicide? And can God cure your mental illness?

The Bible tells us, “Whatever you ask for in prayer, believe that you have received it, and it will be yours” (Mark 11:24, NIV). Matthew 21:22 puts it quite simply: “If you believe, you will receive whatever you ask for in prayer” (NIV). Other verses talk about how our faith can move mountains, and in God’s name anything is possible. Surely this extends to mental health demons. Surely if the afflicted prays fervently enough, God can cure their mental illness.

It’s important to note that the Bible never explicitly mentions mental illness the way we talk about it today. But it frequently mentions times people had been struck down by physical illness: lepers, the woman who bled for 12 years, paraplegics. And we know that Jesus healed many of these people because of their faith in Him.

In the case of the woman who bled for 12 years, this is what the Bible says of her affliction:

“When she heard about Jesus, she came up behind him in the crowd and touched his cloak because she thought, ‘If I just touch his clothes, I will be healed.’ Immediately her bleeding stopped, and she felt in her body that she was freed from her suffering…. [Jesus] said to her, ‘Daughter, your faith has healed you. Go in peace and be freed from your suffering’ ” (Mark 5:27-29, 34, NIV).

This is one of many examples of how someone was healed because of their belief that Jesus was capable of healing them.

God’s healing hand is not limited to the stories in the Bible. I have met people who are walking miracles, people who have defied a doctor’s prognosis that “they should be dead.” I know that these people had prayer warriors all around the country and in pockets around the world praying for their recovery. And recover they did.

But there’s also the flip side. I have also met people who have lost their loved ones, despite the prayer warriors who prayed without ceasing. I’ve heard stories of people’s faith almost being shattered because they truly believed God would save their loved ones, and yet death still took them. I won’t pretend to understand how God can intervene on our behalf or why He chooses to do it sometimes and not others. It’s something I have brought to Him in prayer many times myself.

As with physical health, there are things you can do to improve your mental health: healthy eating, moving your body, adequate sleep, and rest. And from a spiritual point of view, we can add spending time in prayer and immersing ourselves in God’s Word. But sometimes — like when treating broken bones or cancer — a healthy lifestyle isn’t enough. Just as Christians fighting cancer may have prayer as part of their treatment, most also seek out medical support.

Ellen White has been one of the greatest advocates for the health message within the Seventh-day Adventist Church. While she championed a healthy lifestyle, she also encouraged Adventists to open health-care facilities, recognizing the importance of medical treatment when natural preventions failed. White saw that God has equipped us with incredible bodies that, if treated well, treat us well. But she also saw that God has given us the gift of medical knowledge. And by combining the Adventist health message with medical treatment, we as a church would be utilizing all the tools and knowledge God has given us.

It’s important to note that mental illnesses such as depression are not always cured by practicing gratitude, eating well, or having a healthy relationship with God. While mental illness can be caused by external pressures like trauma and stress, substance abuse, and environmental factors, it can also be caused by biological factors, such as genes, brain chemistry, or hormonal changes. When healthy habits aren’t enough to squash one’s dark thoughts, the next step is often medical treatment. Therapy, antidepressants, or both may be prescribed to treat mental illness.

So, what does all of this mean for people suffering from mental illness? The replies to Jarrid’s tweet suggest that had he truly loved God or prayed harder, he would still be here — that Jarrid needed to try harder.

I believe that misses the point of grace entirely and certainly lacks compassion.

It all boils down to mental illness as another symptom of the sinful world we live in. And as followers of Christ, we are called to love one another and uplift one another. It is not for us to judge each other’s afflictions but to be the support to help one another through the tough times of life. Every person is precious to God. And if being a listening ear or a helping hand in a time of need can save someone’s life on earth, then it’s something we should be striving toward.

Ashley Stanton is a mental health advocate and communications coordinator for ADRA Australia. The original version of this commentary was posted by Adventist Record. 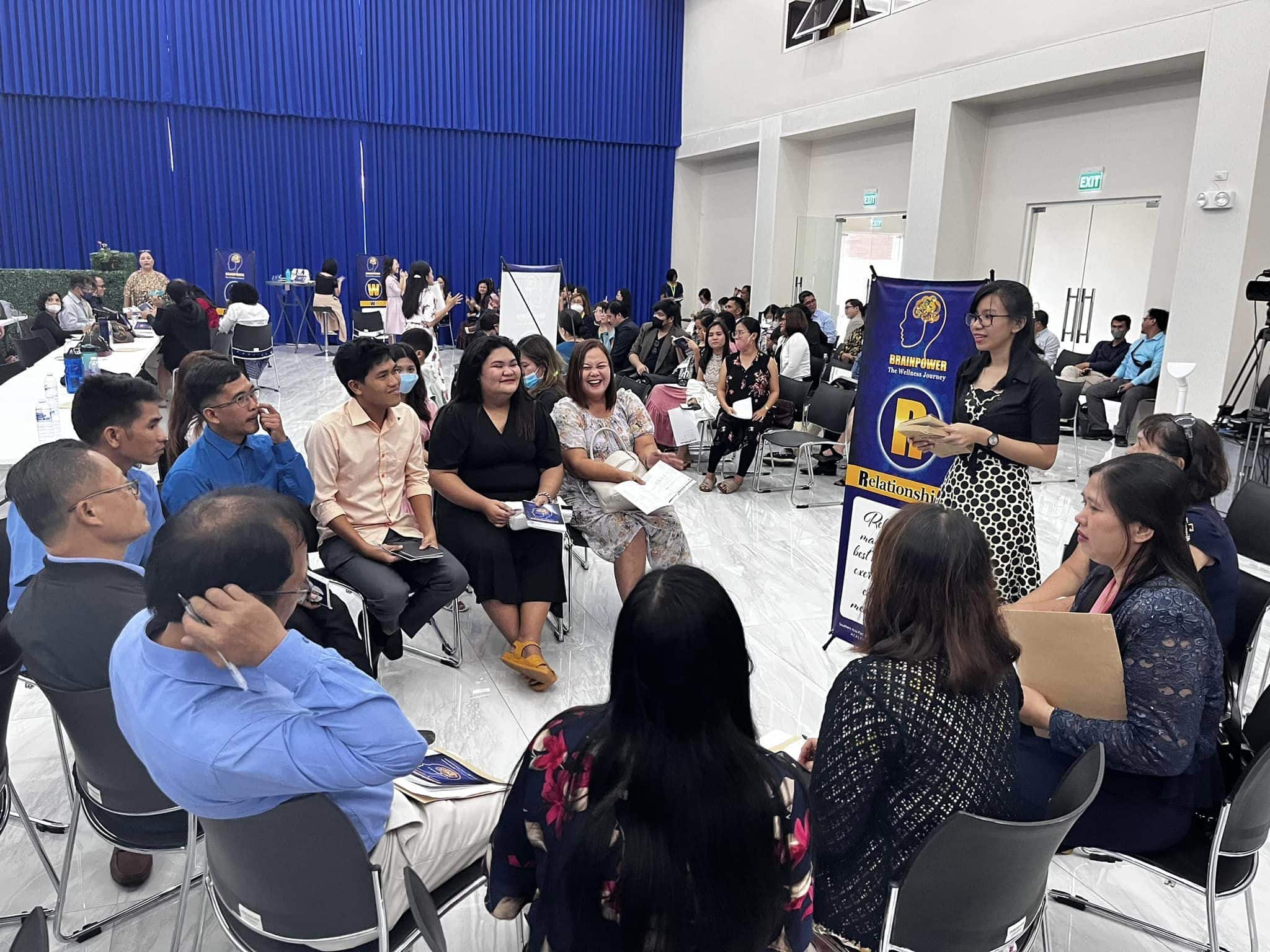