At Oshkosh, a Virtual Experience of David and Goliath, and Pins! 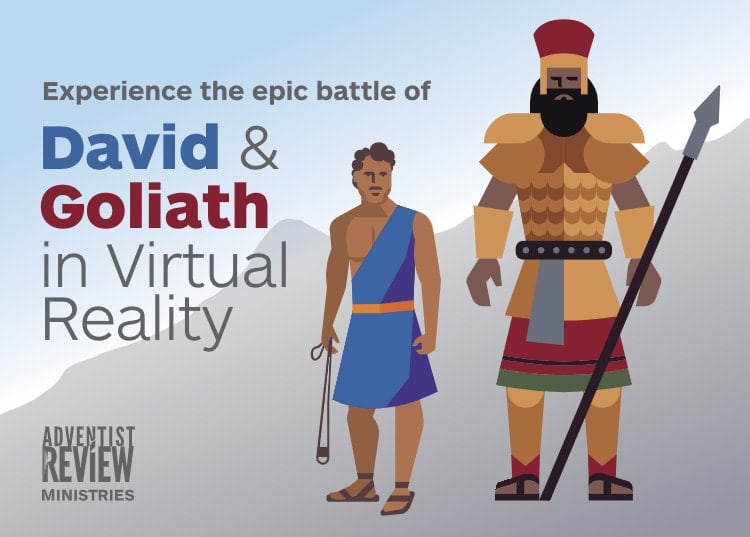 I was just a little guy, only four years old, when I attended what I think was the first of its kind, the inaugural international camporee at Camp Hale, Colorado in 1985.

Since then, more and more Pathfinder camporees have been organized around the United States and around the world. In recent years the South American Division of Seventh-day Adventists has put on a camporee where more than 100,000 Pathfinders attend.

Pathfinders is a movement of young people who learn how to live life to the fullest through weekly meetings in their local region. They also participate in regional, and at times national, campouts.

My parents, Scott and Melanie, were Pathfinder directors for the entire time I was in Pathfinders. What a blessing that was. My mom went into labor with my sister on a Pathfinder campout, and so my sister was birthed into this Adventist phenomenon.

For the past 20 years, the North American Division (NAD) International Camporee has been held in Oshkosh and my family had the joy of attending together. I have many wonderful memories that seem to all lump together around this movement called Pathfinders.

So now that I am a member of the Adventist Review Ministries team, I am excited about being able to help create those memorable experiences for this generation of Pathfinders.

On that note, Adventist Review Ministries—in my somewhat humble opinion—is going to have the most awesome experience ever for Pathfinders.

We have a large tent, but it’s not just any tent. Outside of this tent you will see the image of a giant known as Goliath. The theme this year is CHOSEN and will feature the story of David and Goliath, so we are creating, with the help of a developer team led by Daryl Gungadoo, a fully immersive Virtual Reality Experience (VRE) of the battle of David and Goliath. Inside the tent you’ll find that experience.

The VRE makes the story come alive. Daryl and other members of our team traveled to what archeologists believe to be the exact place where the battle was likely fought. Besides the spectacular VRE, we will have actual stones to show you from the stream where it is believed David grabbed his stones. We also have slinging stones from ancient Israel that may have been just like the kind that slingers like David would use in battle.

Now then, let me tell you about the pins at Oshkosh! Once you’re registered and are on the grounds, you quickly realize that in order to not feel totally out of place, you need to start trading lapel pins — or as we Pathfinders like to call them, hat pins.

It’s like a sport, to be honest, and part of what makes the camporee fun. With pin trading, you get to meet new friends. For young blushing youth, it’s the perfect excuse to walk up to a girl or boy and say hello and start a conversation with “Hey, nice pins, want to trade?”

The first pin is going to be free to anyone who goes through our VRE experience. They will receive a free David VRE pin like this:

The second pin shows the arch-villain of the story, Goliath. We only made 1,000 of the limited-edition Goliath pins, which can be purchased before they run out.

I am looking forward to the Oshkosh experience this year and perhaps meeting you. And I hope to see a line of Pathfinders ready to immerse themselves in the middle of the epic battle of David and Goliath and then get their pin that they may — or may not — want to trade.