From Street Gang to God’s Family

Born again: from prisoner to pastor. 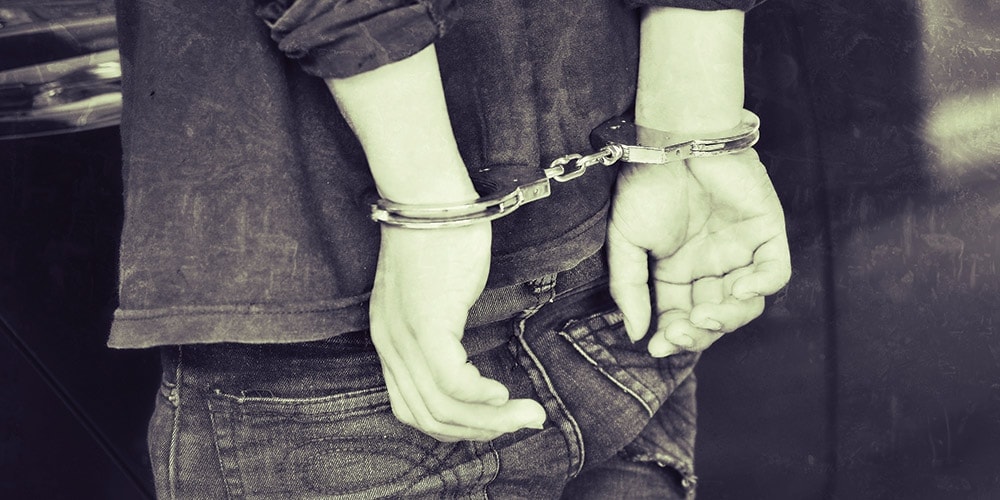 I was born and raised in Los Angeles, California. My parents migrated from El Salvador, chasing the American dream and seeking prosperity. But my father was killed, leaving my mom to fill both parental roles.

I didn’t have a positive family environment at home, so I sought a family on the streets and ended up joining a street gang.

I went from carrying books in my school bag to carrying guns and knives. My life as a gang member eventually led me to use drugs and tattoo the gang’s name on my body to prove my loyalty. Juvenile hall and camp facilities became my second home, and sleeping on a concrete slab did not feel like such a big deal.

By age 15 I had been shot and was heavily addicted to drugs. But God’s mercy followed me.

I was arrested for armed robbery, and the same judge who had been dealing with me since I was 12 saw me for the last time. He sentenced me to five and a half years with the California Youth Authority.

While waiting for my sentence to pass, I became bitter, angry, and confused, and had no sense of purpose in life. The unavoidable law of nature came true: I became what I contemplated. I fed my mind with corruption until my character bore the likeness of Satan. Sin took its toll on me, and my heart became hardened.

At age 19, just as I was close to finishing my sentence, I got into trouble again. I was involved in a felony case inside the correctional facility, was tried as an adult, and was required to serve four more years in California State Prison. Taking into account time served, I was finally released at the age of 21.

I faced a sentence that could literally end my life: the death penalty.

I had lost my teenage years to prison. Since I went in as a youth and came out as an adult, I didn’t know how to act in the outside world. I got arrested and sentenced to a rehabilitation center. Then I began to hear God through a counselor speaking to my heart. I successfully completed the program and began working at a restaurant.

My past came back to haunt me. I found myself surrounded by deputy sheriffs, rearrested, and taken to Los Angeles County Jail. Now I faced a sentence that could literally end my life: the death penalty. Tired and broken, I just wanted peace. God saw the turmoil of my soul and provided me with a small Bible from another inmate. I began to read:

“Some sat in darkness, in utter darkness, prisoners suffering in iron chains, because they rebelled against God’s commands and despised the plans of the Most High. So he subjected them to bitter labor; they stumbled, and there was no one to help. Then they cried to the Lord in their trouble, and he saved them from their distress. He brought them out of darkness, the utter darkness, and broke away their chains. Let them give thanks to the Lord for his unfailing love and his wonderful deeds for mankind, for he breaks down gates of bronze and cuts through bars of iron” (Ps. 107:10-16).

The Path of Grace

As I read that small Bible, I fell in love with Jesus. God’s Word changed me. I fell on Jesus, the Rock, and was broken. I surrendered my life to Him and repented of my sins. The power of His saving grace began to take away my filthy language, my anger, my pain, and my bitterness. Christ took over my heart and gave me the joy of His salvation. He gave me peace. God began using me to hold Bible studies and prayer circles with other inmates.

I prayed that God’s will would be done in my case. Whether I spent the rest of my life in prison or was released, I purposed in my heart to serve Him.

After three years and three months the judge came back with a verdict: not guilty.

I imagine Satan standing in the courtroom accusing me before God the Father, and Jesus Christ standing next to me, interceding for me: “This is My son. Is not this a brand plucked from the fire? I have redeemed him with My blood. I have washed away his guilty stains; I have paid the ransom.”

I was released on October 24, 2006, while wearing an all-white jumpsuit (imagine that). A day before my release I committed a fast to the Lord. During my three-day fast, the Lord convicted me of the Sabbath truth. On the first Saturday of my release I decided to go to a Seventh-day Adventist church that some of my relatives attended. I began taking Bible studies with an elder there and was baptized on February 10, 2007. I later had the privilege of going back to the streets of Los Angeles and sharing the good news of God’s love and forgiveness.

I never graduated from junior high, high school, or college, but by God’s grace I was able to get a GED. I attended Ouachita Hills College and graduated with a B.A. in theology. I now serve as a pastor in the Texas Conference.

The moment I became truly free was not when I was physically released from prison, but when I accepted God’s grace, forgiveness, and peace.

Many live behind the prison walls of sin and fear, but Jesus wants to give them peace and set them free. We all stand guilty before a holy God (Rom. 3:23). We all face the death penalty; no one is exempt. At some point we have to recognize that we deserve to be on death row. But Jesus is our advocate. He pleads on our behalf.

The Bible says that all must appear before the judgment seat of Christ (2 Cor. 5:10). How will we stand on that great day? Will Jesus declare us not guilty, or will we be weighed in the balance and found wanting?

When we surrender our lives to Jesus, He becomes our Savior and friend, and we wear the wedding garment of His righteousness.

Mark Dubon is pastor of the Seventh-day Adventist church in Stephenville, Texas.

asi-focus
How Much I Mean—To God!
I get to live my miracle.
asi-focus
Chapters With God
Ministry is sometimes found in unexpected places.
asi-focus
Can’t Take Your Honda To Mexico
Listening because He knows what I don’t.
Profile
Life’s Brevity and Last Words
“I went into surgery with the hope that it was not the end,” Michael McKay recalls.