Adventist Education Is Alive and Well 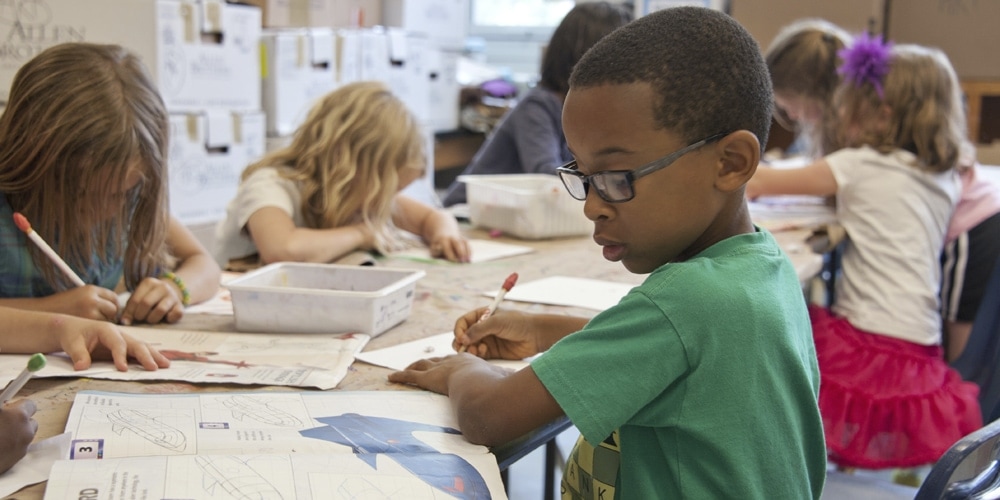 This article originally appeared in the July 14, 2011 Adventist Review. While it doesn’t reflect exactly what is happening in classrooms today related to the COVID-19 pandemic, it is a good reminder that education is important to Seventh-day Adventists. To see a short video about the beginnings of education in the pioneer days of the church, click here .—Editors

I have a friend whose daughter just finished medical school. She made an interesting statement to him some time ago. She said, “No one’s ever been cured by an autopsy.”

As I thought about that statement, I realized that we conduct too many autopsies on Adventist education. We tear it apart, dissect it, discover everything that’s wrong with it; but we rarely discuss the many things that are good about Adventist education.

What the Research Reveals

The Adventist education study CognitiveGenesis (www.cognitivegenesis.org) has provided statistically sound research which conclusively indicates that Adventist education is high-quality education. It shows that students achieve above the national average as compared to all public and private schools as a group, regardless of the size of the Adventist school, how many teachers it has, and how many students are in the school. It shows that we excel in all subjects, in all grades, in all regions.

CognitiveGenesis also validates Ellen G. White’s call for Adventist youth “to be thinkers, and not mere reflectors of other men’s thought” (Education, p. 17), because students in Adventist schools also score high in analysis and critical thinking. In addition, this research, conducted by La Sierra University, shows that the longer students attend Adventist schools, the higher their achievement. There are many great things about Adventist education for which we can proudly stand up and cheer.

The Value of Peer Analysis

As I speak with fellow educators around the world—Lutherans, Catholics, Baptists, Mennonites—and tell them that about 30 percent of Adventist children and youth attend Adventist schools, they are astounded. They would love to boast about having that number. They would be delighted to have 30 percent of their children in their schools.

I’m not saying that Adventist education has “arrived,” but in comparison to other religious denominations, we’re doing pretty well. These other denominations have between 5 and 12 percent of their youth in their schools. We have 30 percent, and we beat ourselves up because we have only 30 percent!

That being said, however, we can’t allow ourselves to forget that 70 percent of our children don’t attend Adventist schools; and they deserve an Adventist education as well. We must provide resources for those children.

Griggs University, the distance learning school now under the auspices of Andrews University, is relocating its headquarters to that campus. Its programs are being developed and expanded. And because of that, Griggs will be able to deliver high-quality Adventist distance education to every K-12 student within the North American Division. We must strive to make that a reality—and soon!

Do we have issues to work on, and challenges to deal with, within our educational system? Absolutely! We know what these issues are, yet we don’t always address them the way we should.

An example of this is the conference boundaries we have and how they affect our schools. In some places in North America we have multiple schools within a radius of a few blocks. They serve the same general constituency, yet they hire two sets of teachers, two business managers, two principals, and so forth. But the two schools often struggle with low enrollments!

I’m not referring to regional conferences versus state conferences; I’m talking about conference boundaries in general and where we locate our schools. We continue to deal with the status quo within the structure of the church, yet we don’t discuss vital issues such as the problems incurred by misplaced conference boundaries. Not tackling these issues is destroying Adventist education. We struggle to find high-quality teachers, high-quality administrators, yet we have Adventists schools situated just a few blocks apart.

Another crucial issue is low salary scales. Why do we have students who achieve above the national average? One reason is stellar teachers, teachers who not only love Jesus but are academically qualified in their fields of study. How can we compensate them in accordance with community standards? We know that weighty issues such as these exist, but we don’t do much to address them. Isn’t it time for us to be better stewards of God’s resources?

Why do we even exist as a school system? Is it to provide high-quality academics? Is it to have the best sports program? Is it so that our students will come to know Jesus Christ?

So I submit that the only reason we operate an Adventist school system is to inculcate Adventist values and beliefs into our children and like-minded children in our communities.

There used to be 130,000 Adventists in Taiwan. Today only a handful of Adventists live in that country, and very few second-generation Adventists, because there is no Adventist school system there.

I believe in evangelism. But typical evangelism is first-generational by nature; and we need second- and third- and fourth-generation Adventists in our churches. Adventist education is one way to accomplish that. We have nothing to be ashamed of, so let’s share the good news!

So I’m asking all of us to stop performing autopsies on Adventist education and to begin building on the positives; to find ways to build this system into what God wants it to be.

We have to accomplish this goal together; the educational system by itself can’t do it. We’re reaching out and across, in and out, and every other way we can to invite you to be partners with us in helping to ensure that Jesus Christ and the Seventh-day Adventist Church are at the center of every single Adventist school in North America.

Together we can do this!

When this article was published in 2011, Larry Blackmer was serving as vice president of education for the North American Division of Seventh-day Adventists.