A Man Who Preached at His Own Funeral 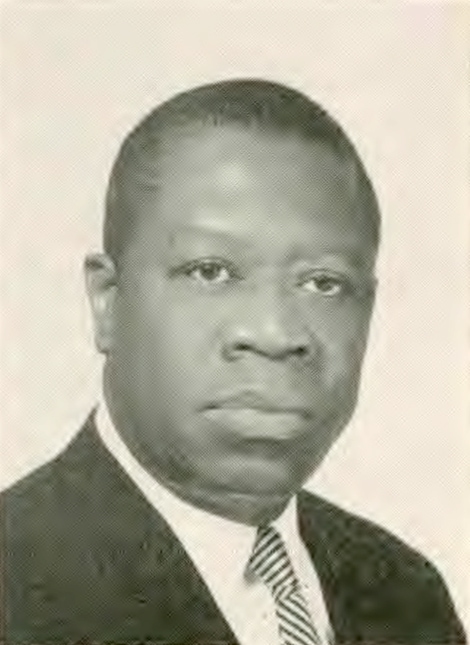 The Encyclopedia of Seventh-day Adventists (ESDA) is now live and freely accessible at encyclopedia.adventist.org. Launched Wednesday, July 1, at Seventh-day Adventist Church headquarters, the project involved nearly 1,000 writers from all world Church divisions and attached fields, and features over 2,100 articles, photographs and other historically significant documents. New articles are being added to the encyclopedia as time goes by. We invite you to visit encyclopedia.adventist.org for education and insight on the history and structure, culture, theology and more of the Adventist Church around the world. The following story is based on a longer article from the encyclopedia—Eds

Remembered by colleagues and church members as both a resourceful and powerful preacher and a compassionate and attentive pastor, R. T. Hudson served the Adventist Church for 31 years as a pastor, an evangelist, and an administrator. He was a mission-focused community activist who often brought the community into his church and took his church into the community.

Hudson was born on December 4, 1912, in Jackson, Mississippi, to Joseph B. and Annie Lee Cotton Hudson. His father was a Baptist minister before joining the Adventist Church. According to Hudson family descendants, the Hudsons gave all but one of their children first and middle initials instead of names in protest of the lingering influences of slavery.

While pastor of the Ephesus Church in Harlem, New York City, Hudson became well known for his series of Sunday night meetings that drew crowds by the thousands to hear influential guest speakers. The speakers’ topics addressed current issues, which were then followed by Hudson’s messages linking the topics to biblical truths. These meetings, featuring speakers from Africa, Asia, Europe, the Middle East, and regions of the United States, merged Hudson’s goals for community service and evangelism.2

Hudson’s community involvement included fighting against a liquor establishment moving into Harlem and struggling to improve access to quality health care in the notoriously underserved community.

While in New York, Hudson became the first Adventist pastor to be invited to offer prayer for the state legislature in session. This led to further contacts that expanded his influence and advocacy on community issues. As a result of his wide recognition as a community leader, he also appeared before the state legislature to speak on behalf of religious liberty. In 1960, he was one of only five ministers selected to represent the United States on the Queen’s broadcast station in London, England.3

Hudson also played an important role in the improvement of race relations in the denomination. Although firmly faithful to the Adventist Church, Hudson in one sermon remarked: “Race prejudice and discrimination are in the Adventist movement…. But such prejudice is not the Spirit of the Adventist movement.”4 Hudson faced limited opportunities for advancement in leadership in the church as well as labels such as “our colored intern.”5 Despite challenges, Hudson remained a fervent Adventist evangelist. Church papers frequently reported the baptism resulting from his evangelistic efforts. Other stories reported feats such as the rainy day in 1936 when he sold 100 Message magazines.

Hudson was elected president of the Northeastern Conference on August 30, 1962. Stennett Brooks, conference secretary-treasurer, recalled that Hudson energetically and promptly began to plan the acquisition of new church buildings, payment of several large mortgages, shelter for senior members, the establishment of additional church schools, and increased evangelistic goals. In 1966, he realized his dream of 1,000 baptisms conference-wide in one year.6 Hudson was an enthusiastic, tenacious, and driven leader who exhibited a sense of urgency about his work.

It has been said that Elder R. T. Hudson was a man who preached his own funeral. It happened Sabbath afternoon, December 10, 1966, in Flint, Michigan, when he delivered the eulogy at the funeral of his former secretary, Yvonne Miller. He declared that he wanted to be ready when his time to die came and ended by quoting 2 Timothy 4:7: “I have fought a good fight, finished my course, and kept the faith.” These words turned out to be his last sermon. Following these, his last words, he suffered a heart attack, collapsed, and then died en route to the hospital.

Those who served with him described Elder R. T. Hudson as a man of staunch faith and unwavering integrity.

Ella Smith Simmons is a general vice president of the General Conference of Seventh-day Adventists.