5,500 Pastors and Their Families Descend on Austin 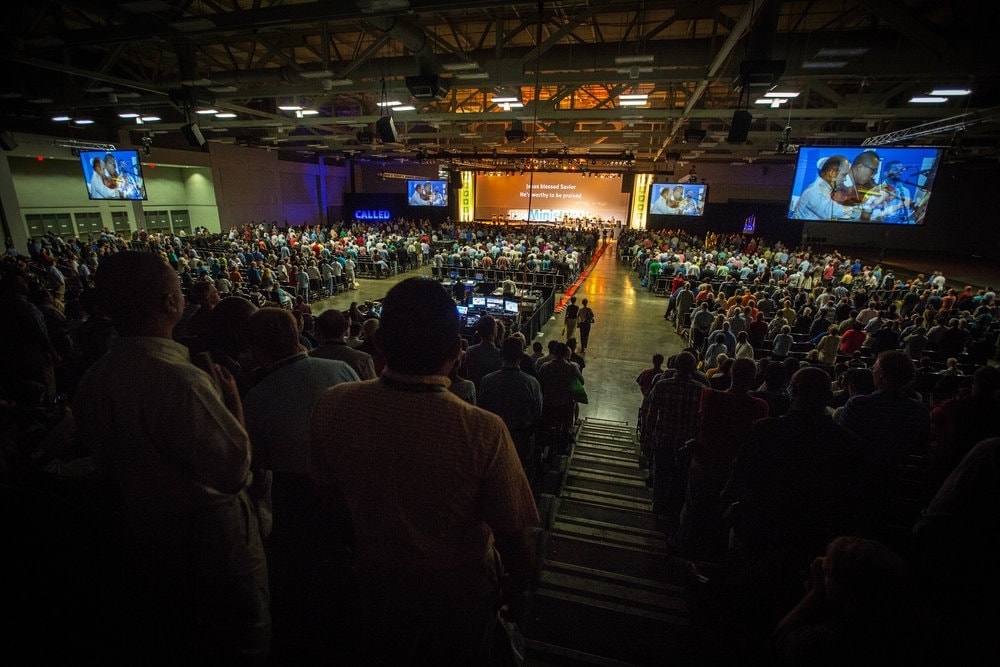 Cab drivers hunting for customers outside the Austin-Bergstrom International Airport initially anticipated a boom in business when dozens of people suddenly burst through the exit doors and out into Texas’ hot, humid weather.

But discouragement washed over some of their faces a moment later when they saw that the throng of Seventh-day Adventist pastors and their families made a beeline past the line of taxicabs to form a line by the bus stop.

A pastor from Oregon explained why the group chose to wait 30 minutes for the bus on the lazy Sunday afternoon of June 28.

Comparatively, a taxi ride costs around $30.

But saving money was not the major motivation that drove the relaxed families of pastors, spouses, and children to convene hours later at the Austin Convention Center for the North American Division’s CALLED Ministerial Convention.

More than 5,500 attendees from the United States, Canada, Bermuda, Guam, and a few small Atlantic and Pacific islands gathered to take advantage of a promise by the division’s Ministerial Association to “Inspire. Value. Connect. Equip” — the motto of the four-day conference that opened Sunday evening.

The conference includes a parallel program for spouses, youth, and children aged 3 to 12, as well as a track of seminars especially prepared for Spanish-speaking ministers.

Conference organizers said, however, that it is impossible to empower ministers and their families without prayer. So as attendees were rushing to get their personalized badges and materials at the convention center, scores of them were met by Zachary and Leah Page, a pastoral couple serving in the Prayer Ministries department for the event. The Pages prayed with each of the arriving families, asking the Lord to bless them at the conference.

Pastors and their spouses, many of whom had been caught off-guard by the one-on-one prayers, said they felt spiritually refreshed and renewed by the exhibition of the most basic and powerful tool in Christian life. A special prayer room has been set up at the venue, where attendees are welcomed at any time during the day to engage in either individual or group prayer.

A Time to Praise and Reflect

On the opening night program, thousands of voices joined singing led by a praise team of young musicians and praise leaders. Right after, Wintley Phipps, a well-known Christian singer who is senior pastor of the Palm Bay Seventh-day Adventist Church in Palm Bay, Florida, shared a heart-moving rendition of the beloved Christian hymn “How Great Thou Art.” In Phipps' inspiring message that followed, he summarized his longtime research on the topic of the character of God.

“It is God’s dream that we reflect His character,” he said. “This is the very foundation of our call to ministry.”

Phipps read what sounded like an inspiring Christian thought, only to reveal a moment later that he was actually quoting Nazi leader Adolf Hitler.

Presentations were then given by Dick Duerksen, a well-known Adventist storyteller who calls himself “a pollinator of grace,” and Wesley Knight, senior pastor of the Mt. Olive Seventh-day Adventist Church in Atlanta, Georgia.

The conference is scheduled to conclude by noon Wednesday, July 1, to allow attendees to transition to the city of San Antonio, a couple hours’ drive south of Austin, where the 2015 General Conference session is scheduled to start the next day.

Comprised of a family that prays, praises, reflects, thanks, and even saves some money together, attendees said the conference looks likely to be a big success.