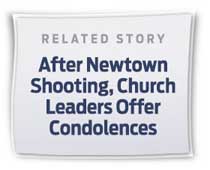 Philosopher Karl Marx turned out to be horribly wrong about “The Jewish question,” specifically indeed, the Jewish-German question, which personally involved him. According to Marx, “The formulation of a question is its solution.”1 Had Marx been thinking of God’s formulations of inquiry, these words that history proved to be so awkwardly and painfully inaccurate, would be totally correct: Where are you? Where is Abel? What do you have in your hand? None of these questions seek information. God knows where Adam and Eve are trying to hide, and what Cain has done to Abel, and what is in Moses’ hand. His questions are meant entirely for creaturely benefit. Creatures need God’s questions because we need His answers. And often enough we only come to the right answers with the aid of questions.

Just over two weeks ago, Paul Young, Author of The Shack, told Guy Raz, of NPR’s Weekend Edition, that losses “in the face of evil and tragic circumstances, those losses ask some of the best questions—questions about why and who is God. And if God is good and powerful, why didn't God stop this . . . , real questions.”2 Young cited examples of tragic losses: losing a loved one, or when a parent loses a child. Young is right, of course. Parents are not supposed to bury their children. It is a disorder of nature. Still, Young could not possibly know how many would be asking just those questions for just that reason, less than two weeks after his voice on Public Radio said these things. Young’s book is a novel. His fantasy sold eighteen million copies before we heard his NPR interview. But 13 days after we heard it the world heard of Sandy Hook School, Newtown, Connecticut—20 innocents, six and seven years old, slaughtered all at once, shot up multiple times one morning at school along with six adults who loved and tried to protect them. Then there was the gunman and his mother.

Whoever had not known before, sees now that the whole creation has sunk into chaos. Men have wept in public, the whole world groans [in travail?], and mothers and fathers, first responders and journalists, strangers and acquaintances, and kindergarteners and first-graders echo the same elided question, again and again, why, why, why . . . ? But is it really elision? What is elided? Which words are taken away? Are there any words—besides why?

Why? Talking heads fill flat screens with comments that are not answers. Comments about the glorification of a culture of violence in entertainment; about the irrelevance of violent video games to issues of gun violence—the studies say that violent videos are not a factor; about the difficulties for people with emotional, mental, psychological needs being able to find easy help; about the millions of dollars being cut from the social programs that address those needs because the nation’s legislators are looking for ways to balance budgets; about the importance of waiting till the tears are dried to objectively address the gun question; about the constitution, politicians, circuit court judges and supreme court justices who know Americans have a right to bear arms; comments about new legislation that would respect that right while taking weapons of war off America’s streets.

As if the whole issue here, as if the question we face is an American constitutional question. Anders Breivik, of course, was no American, constitutional, right-to-bear-arms question. He was a Norwegian issue.3 And the 36-year old who, 8000 miles away in central China, on the very day of Sandy Hook, cut down 22 children with a knife—children at school—he was fundamentally a Chinese problem. What his attack has fueled is fresh analytical talk about America’s distinctiveness, the difference between wounded Chinese children and murdered Americans.4

By that estimate, Thomas Hamilton and the 16 children he slaughtered in Dunblane, Scotland in March of 1996, were probably nothing more than a British problem.5 And Hobart’s Martin Bryant and the 35 he slaughtered, ages 3 to 72, were evidently an Australian problem.6 Saddam Hussein was an Iraqi problem, Idi Amin a Ugandan problem, and Hitler a German problem, or perhaps a German-Jewish problem.

On the Sunday morning talk shows that followed Sandy Hook, experts have urged caution, the need to wait for tears to be dried so as to allow for dispassionate address of the social, legal, and constitutional issues involved. The wait will allow journalism, government, advocacy groups, and business, to objectively identify the next volcano erupting, the next refugee crisis emerging, the next government fiscal deal a-brokering, that will save our particular media market from the distraction of tragedy that is common to us all. While we wait, convinced that emotion must not be part of our better response, God weeps over us as He wept over Jerusalem: “How often would I have held you to My breast, but you will not let me” (Matt. 23:37).

Meanwhile, the enemy of life and love continues his heaven-scandalizing, God-blaming havoc. Thousands of years ago his evil hand slaughtered 7000 sheep and the servants who shepherded them, all but one, whose survivor’s report informed that God’s fire, falling from heaven, had burned up animals and people (Job 1:1-3, 16). Many, many whys still hear the answer today, ‘It’s the hand of God.’ ‘That’s what God is like.’

God bears the blame and the shame on His heart. But the tears that flow from His soul are not of self-pity. They are not for Himself, but for others. At Lazarus’ tomb He wept (John 11:35) because He was about to give the world compelling evidence that He is death’s greatest enemy and life’s only source, that He had come to destroy the works of the devil (Heb. 2:14; 1 John 3:8). And He knew they would use that evidence as proof that He should be repudiated and eliminated. Their studied recourse was to decide to get rid of Him and kill Lazarus again (John 11:53; 12:10). So God must weep. And He weeps for His slaughtered innocents, and with shocked onlookers, and with every frightened little first-grader, and every distraught and destroyed mother and father of a murdered, mangled little child of Newtown, Connecticut.

He, God, is their first, and doting Daddy. He is fiercely jealous over them. He would insist you hurl yourself into the sea with a millstone round your neck, sink to the bottom and never come up, rather than offend one of His little ones (Matt. 18:6). And He weeps for His world of American and Chinese, and British, Australian, Ugandan, Iraqi and German, and ancient, modern, postmodern and all. He weeps for the blundering, floundering, sophisticated talking heads that bang against walls until lights out in a desperate, levelheaded, frantic, objective, grown-up, panicky search for constitutional and uniquely national answers that will satisfy whichever current listening, reading, web-surfing audience of thirsting, tweeting, fainting, face-booking, starving, socially linked-in, dying souls, before some new threat of broken-chained insanity corners them too, and others take their place on the stage and screen for the next talk show. All that desperate hopelessness when they could have Jesus, and the resolution of all their questions.

Through His broken voice that threatens to break our hearts of stone, through His public show of emotion we have learned to despise because it embarrasses our cultured sensibilities and makes us feel too vulnerable, through His broken sobs that almost persuade us of something, He puts still one more question: “Why, why, why do you want to die” (Ezek. 18:31; 33:11)? Why do you want to die when you can have life and have it more abundantly, life now, and life for always? Why die when you can have Jesus? ‘Jesus is the answer’ is no placebo. It is truth. He is truth (John 14:6). He has borne our griefs and carried our sorrows (Isa. 53:6) that we might have joy in His presence forevermore (Ps. 16:11). If we will believe in His love that so loved the world, He turns us around now. We no longer are among the ranks of the perishing and dying. Now, right here, in the midst of chaos and madness, we know, in Him, that we have everlasting life. Why search then, when Jesus has found us? Why thirst when He offers us water of life? Why die when we can have Jesus? Why?