The Troubadour and the Homeless Man 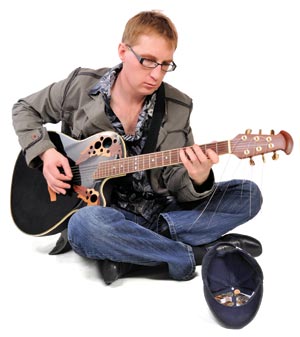 Erin StoneI’m on the Metro blue line heading south from Los Angeles to the city of Long Beach for a date with my wife. The light rail is a main north-south transportation artery in our region, and on this particular Sunday, as we travel through one of the city’s Latino neighborhoods, it is filled with Hispanic passengers. There are moms and tots, young couples holding hands, and older couples holding Bibles and dressed in their Sunday best.

Across the aisle from me sits a different kind of traveler—quiet, disheveled, clothes soiled and torn, hollow eyes looking down. He is one of the city’s unfortunate homeless people, and he rides the rails because . . . well, because he has no home.

After a few stops a young man with a springy step, a boyish face, and a guitar hops onto our rail car. As the doors close behind him, he starts playing and singing—first a Mexican ballad, then a love song, then a popular Spanish-language hit. He has a beautiful voice. By the end of the third song the appreciative passengers are clapping their hands, swaying in their seats, and dancing in the aisles. “Mas! Mas! [“More! More!”],” they shout.

In their enthusiasm some passengers thrust dollar bills into the air. “Mas! Mas!” they repeat. With an appreciative smile the troubadour doffs his hat and sends it out into the crowd.

As the young man continues to play and sing, the hat is passed from passenger to passenger. It soon reaches our homeless fellow traveler seated across the aisle. The man’s skin color is different from that of the others. He speaks a different language and doesn’t understand what is being said. The culture is foreign to him.

I watch carefully as he slowly, purposefully pulls a dirty, crumpled dollar bill out of his pants pocket, thoughtfully places it into the hat, and passes the hat on to me. I look at his empty pocket, now turned inside out. It likely was his last dollar bill.

A few weeks later I’m sitting in Sabbath school. It is time for the mission offering, and the superintendent is making a heartfelt appeal. The offering is for people living half a world away, who speak a language we do not understand, and are part of a culture that is foreign to us. There is great need. The deacons pass the plates back and forth along the pews. The congregation is quiet as the pianist softly plays a hymn. The woman next to me, dressed in her Sabbath best, passes me the offering plate. I look down to see a few small-denomination bills and some change.

What will I do? If the homeless man from the Metro blue line were seated in our congregation, what would he do? Most important, what is Jesus asking us to do?

__________
Erin Stone, M.D., F.A.C.P., is an elder and adult Sabbath school teacher at his local church, and also studies Hebrew at a Jewish university in Los Angeles. This article was published November 8, 2012. 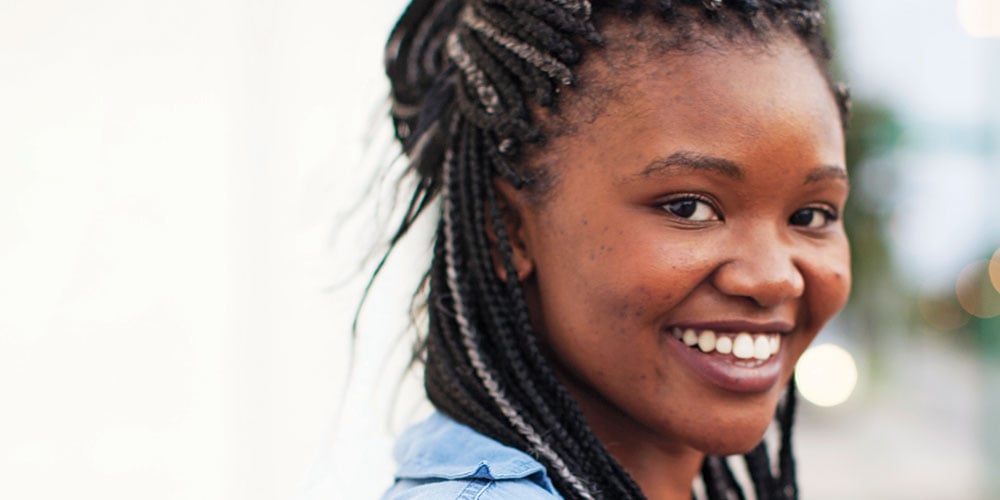