BY CAROL SHERMAN CANNON
As a pastor’s naive young wife, I was shocked to learn that the first elder of our church was not on speaking terms with the head deacon. Try as we might and pray as we did, all we could do to mediate their differences was get them to shake hands grudgingly—once. Discreet inquiries revealed that the original dispute revolved around who was going to run the church and how long he could hold the leadership position without being usurped by the other. From that experience and from my tenure as a family systems-oriented addictions counselor, I’ve gained a new perspective on healing old wounds.

Animosities Die Hard
In dysfunctional social systems old animosities die hard. Some go underground, only to resurface at a later date. Hatchets that were once buried have a haunting way of emerging from the grave. The lines of demarcation between factions within a church may persist across generations.

Years ago, when our church building was being renovated, some of the members disagreed about whether or not to purchase new pews. The debate lasted a few months and ended in an uneasy truce. Later, when a new dispute arose, people polarized along the same battle lines as before. New disagreements often serve as lightning rods for the “electrical energy” that has been present all along! Bitterness rises again and again, even though the cause of the original disagreement may be long forgotten.

Similar Patterns
There are similarities between conflicts in families and disputes within churches. It’s an established fact that relationship patterns (both healthy and unhealthy) are recycled from generation to generation, even though the initial problem (such as drinking or raging or self-pity) may have been resolved. Dysfunctional coping mechanisms become habits that continue to manifest themselves.

A classic example of this is the way family members adapt to the behavior of an alcoholic drinker. Those who are not drinking try to hold the system together by controlling the out-of-control person. Their adaptive behavior (controlling) provides a psychological payoff, with accompanying changes in brain chemistry, that is as addictive as an ingestive substance. Family members become dependent on the dependent person’s dependence on them. This phenomenon is commonly called “codependence.”
Codependent individuals exhibit such traits as chronic worrying, irritability, arbitrariness, and an uncontrollable urge to manage other people’s lives. They tend to dominate the social systems of which they are a part, while failing to recognize their own unhealthy relationship habits. In the church setting they feel obligated to act as a moral compass for others. They expect their fellow members to think, believe, and behave as they do.

Human beings carry their emotional and social liabilities (inherited and cultivated tendencies to evil) with them wherever they go. Our negative traits of character don’t disappear when we cross the threshold of the church. The conflicts that arise among us can be hard to mediate because they are more than mere misunderstandings or simple personality conflicts. Many are the outgrowth of long-standing habits that are as deeply entrenched as an addiction. Gossiping, compulsive caregiving, judgmentalism, manipulation, and the need to control are classic examples of such underlying problems. While these may not seem to be clinically definable as addictions, they yield rather well to the tools and techniques used to treat addiction.

Manifestations of Behavior
Recently I was talking with a Christian attorney who had been asked to resolve a dispute in a nearby church. The church had formed several years before as a satellite to a larger congregation and had experienced phenomenal growth in spite of the fact that differences had arisen over a proposed television ministry.

The current crisis was about a questionable relationship between the minister of music and his female assistant. There was some indication of an inappropriate bond between them, which they both denied. The dispute had gotten so ugly that one member was threatening a lawsuit.

While investigating the situation, the attorney noticed that the factions had realigned exactly as they had in the dispute over the television ministry years before. Shortly after mediating this crisis, he received a call from another church experiencing a similar conflict. Over the course of two years he was retained by five churches facing lawsuits over unresolved internal problems.

Many a congregation is decimated or destroyed by intractable conflicts that can be traced to the faulty coping mechanisms of individual members that were learned early in life and are literally hardwired into their brains.

These struggles occur in churches of every denomination. Why? Because people don’t leave their entrenched behavioral patterns at home when they go to church. The ensuing problems are rarely based upon theological or logistical differences. They arise from long-standing, deep-seated habits of thinking, believing, and behaving—the emotional baggage all of us carry from the past. Such psychological artifacts poison our current relationships. Even when we succeed in settling the “debate du jour,” the underlying problem is still lurking in the background.

Common Symptoms
Common manifestations of dysfunctional relationship habits that show up at church are (1) arrogance—thinking there’s only one right way to do things, and you’re the only one who knows it; (2) grandiosity—a sense of self-importance that leads to the misuse of power; (3) extreme dependence on people and approval; (4) compulsive caretaking and control; and (5) splitting—gossiping, criticizing, pitting people against one another. When good people carry symptoms of early family dysfunction into other social settings, those environments become toxic.

Program of Recovery
Recovery begins when we humbly engage in honest introspection. We may see that we are doing something that drives people out of our lives. We begin to recognize the part we play in the recurring conflicts at church. We notice our critical attitudes, our inflexibility, our self-righteousness. When one member acknowledges their faults and makes an attitude adjustment, others follow.

Using the same tools that alcoholics use to find freedom from drinking, we apply three disciplines to the healing process: (1) self-searching, (2) the leveling of pride, and (3) confession of shortcomings. Practiced as a way of life, these disciplines (broken down into 12 steps) relieve compulsive behavior, which, in turn, diminishes our relationship problems. The key is addressing our character deficits (unhealthful caregiving, control issues, inclination to gossip, etc.) and treating them as full-fledged addictions.
The 12-step program, pioneered by Alcoholics Anonymous in the 1930s, is a remedial program of character development and a scripturally sound approach to overcoming ill-gotten habits. The steps are a set of simple, strategic, sequential, spiritual principles that address underlying character deficits. People who employ them experience deep and lasting change.

A Golden Opportunity
Certain codependent behaviors seem virtuous. Caretaking is a prime example. Very few healthy adults appreciate being “parented” by a peer. Caretaking behavior may have been an effective survival skill in childhood, but it turns against us in adulthood. If we are confronted for “loving too much” or helping too much, we have an opportunity to examine ourselves. In the process we may discover hidden motives behind our actions and recognize that caretaking everyone around us is not always as unselfish as it appears to be.

Insight, in itself, will not arrest compulsive behavior. At this point we must acknowledge that we have a problem bigger than ourselves and summon all the resources we can muster from within ourselves. Recognizing that we need help from sources of wisdom and strength outside our own brains and bodies, we reach out for both divine and human help. Having surrendered our wills and our lives to God and sought the help of the viable human helpers He provides, we humbly admit the exact nature of our wrongs. Because we have had ample support in preparing for this step, we are able to admit our fallibility without self-pity or self-loathing. We embrace our humanity.

The 12 steps are a gentle, gradual approach to social, emotional, and spiritual growth. The best way to see how they work is to attend local meetings, preferably for an extended period of time. No one does it better than Alcoholics Anonymous (AA). You can attend open meetings even if you’re not an alcoholic. The secret to success is getting a sponsor and applying the steps with your sponsor’s guidance. Self-examination is an individual responsibility, but it can’t be accomplished in isolation. We need help from others, help that stoutly avoids the misuse of power. Sponsors provide guidance and encouragement, but they do not rescue, fix, or try to control.

Other sources of support both inside and outside the church are available as well, and each of these groups has a Web site that provides information about local meetings (see sidebar). Resources within the church include Adventist Recovery Ministries (ARMin), which offers material for people struggling with the effects of addiction and family dysfunction. Among other projects, ARMin has developed a set of booklets called “Journey to Wholeness” that make the 12 steps more accessible to church members. These are available on their Web site (see sidebar).

Capable of Healthy Caring
Perhaps we Adventists have been so busy identifying and attempting to disarm the anti-Christ, that we’ve overlooked the obvious: we behave like the anti-Christ when we treat one another badly. Few people are more well-meaning than Seventh-day Adventists, yet we’re sometimes incapable of caring for ourselves and others effectively because of painful personal histories.

Ellen White said that the Savior gave His precious life in order to establish a church “capable of caring for sorrowful, tempted souls” (The Desire of Ages, p. 640). In order to rise above our individual limitations and fulfill this mandate, we must each consider the role we play in the local church and the habitual nature of our learned, self-defeating behaviors.

If you, your family, or your church is experiencing the kinds of conflicts described herein, take advantage of the help that is readily available. With God’s guidance and the support of others who have struggled with similar problems, you can find freedom from old habit patterns and live at peace with your loved ones and fellow believers.

____________
Carol Sherman Cannon, M.A., C.A.D.C., is cofounder and retired clinical director of The Bridge to Recovery, a psycho-educational treatment facility for people suffering from dependency disorders located in Bowling Green, Kentucky. This article was published September 20, 2012.

Commentary
What Your Pastor Needs to Know
If one of them has made (or is making) a meaningful difference in your life, tell them. 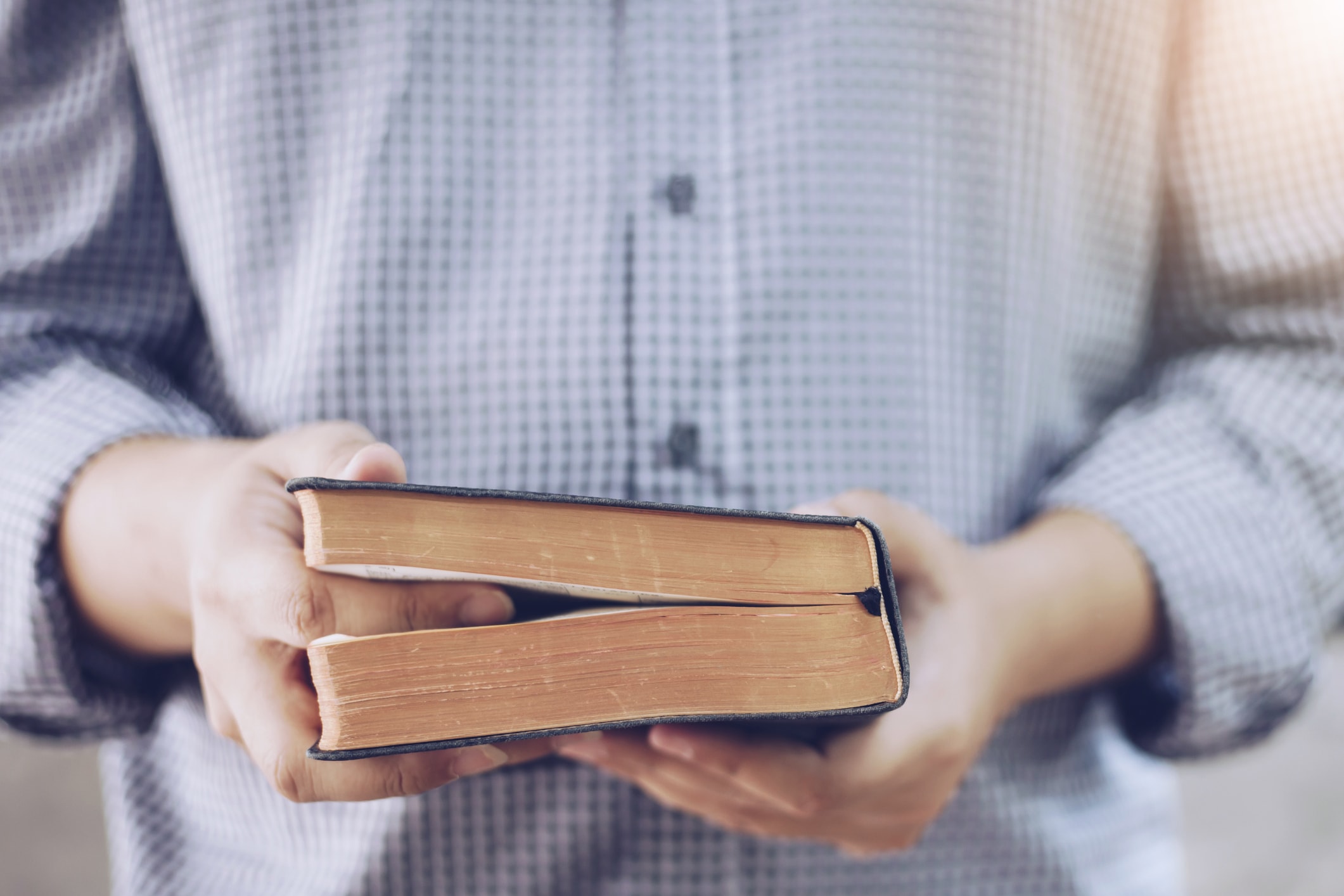