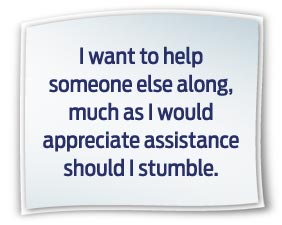 Mark A. Kellner
“Hi. My name is Mark, and I’m addicted to (some) reality TV shows.”

This imaginary exchange, patterned after the usual response a newcomer at a 12-step group meeting receives, plays in my mind sometimes as I contemplate some of the “reality” television I’ve seen in the past few months. The shows are, for me at least, a bit addictive: you get to drop in on others’ lives, troubles, and quests, whether it’s a desire to have a cooking show on a TV network, revive a failing restaurant, become a singer with a recording contract, or even find “Mr. or Ms. Right” to wed.

Normally we wouldn’t get to see these things, particularly when strangers are involved. But watch a few minutes and see if you too don’t get “hooked.” I’ve found this genre to be somewhat addictive, and I have the feeling I’m not alone.

However, I’m rethinking my involvement with all this stuff. Not only is a lot of it, frankly, a waste of time, but the “reality” portrayed on these shows seems less and less, well, “real.” Obviously, while the unblinking “eye” of the camera records everything, there’s a video editor (or several) who reduce all that footage down to one or more 60- or 90-minute “episodes.” If I were required to watch every second of a contestant’s activity in order to find out what happens, I’d probably run out of the house screaming.

But I digress. Beyond the editing, there seems to be less “realism” in the shows. Want to be a food-show TV star? Well, good luck, but you won’t be seen getting more than minimal coaching. Looking to land that recording deal? You better know everything walking in, because there’s not a whole lot of help (visibly) given.

I realize that part of the “competition” is to see how seemingly “ordinary” people, thrown into a contest with others of varying skill levels, fare. Some will last longer than others, surmounting challenges and obstacles. Others will fall by the wayside, for various reasons.

If anything, these glimpses of “reality,” as the television producers share it, have softened me up a bit. While I’d like to imagine I have as much of a competitive streak in business as the next person, I find that watching the least prepared of the reality contestants stumble through unaided makes me want to reach out and help others along the way. Might I be abused in the process, even bypassed? Yes. Our job isn’t to judge the motives of others; our task is to help as many people as we can, or so I would suggest.

I would hope, in life and in a profession, that I might either receive from or be able to give a boost to someone else I encounter along the way. As followers of Jesus we each are responsible for our brothers and sisters as we “walk the pilgrim pathway,” as the old hymn goes. I want to help someone else along, much as I would appreciate assistance should I stumble.

That goes against the dog-eat-dog and survival-of-the-fittest thinking so prevalent in today’s world. At the risk of sounding trite, however, it’s worth remembering that our lives, and those of our fellow travelers, are part of the ultimate reality, and are not a television show devised for entertainment.  Restaurant Impossible may or may not be entertaining viewing, but “impossible” is not a word we should apply to the journey of faith we each undertake when we say yes to Jesus.