A Suit and Tie Fit for a Canadian Minister 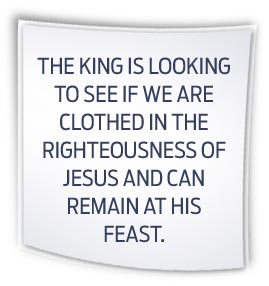 Andrew McChesney
Five years have passed since I last showed up at work wearing blue jeans and a T-shirt. That day my boss popped in unexpectedly with a television crew, looking for a backdrop for an interview. Seeing his designer wear, I realized that if the crew had come to film me, I was unsuited for their cameras. I determined to dress for any uncertainty.

This plan collapsed on a recent afternoon when I received a surprise phone call from the Canadian Embassy. The press attaché announced that Canada’s international trade minister, Ed Fast, was visiting Moscow and could meet with me at 5:15 p.m. for an interview. Moreover, she said, I could attend a reception with a delegation of 30 Canadian business leaders accompanying the minister on his visit to Russia.

I looked at my clothes. Black slacks, a white, short-sleeved shirt, and black shoes. Surely my outfit is acceptable. I thought to myself. Even jeans would be fine. After all, no one expects journalists to dress up.

But I also wondered whether I would look presentable to the company that I wanted to keep. I looked at my watch. It was 3:00. If I drove straight home, changed, and headed for the Canadian ambassador’s residence, I might just make it on time.

I raced for the car.

The traffic jams seemed worse than usual. My car engine overheated as I sat with the air-conditioning blowing furiously, trying to stay sweat-free on a scorcher of an afternoon. Steam billowed out from under the hood. While we waited to reach the intersection, the driver stalled beside me excitedly pointed toward the steam. I reluctantly flipped off the air-conditioning and opened a window. Twenty minutes later I got lost trying to find the address, and when I found it, I couldn’t locate a parking spot nearby.

I arrived at the Canadian ambassador’s residence with five minutes to spare. And I was wearing my best navy-blue suit and a bold burgundy tie.

A Canadian diplomat welcomed me with a tinge of sympathy, saying Minister Fast was exhausted and had decided to take a nap. The interview was rescheduled for 8:30 p.m.

An hour later, at the reception, I chatted with multimillionaire Canadians and suntanned Russian government officials, exchanging business cards and learning about their work. The interview with Minister Fast capped the evening.

I rejoiced that I had dashed home to change. All the men at the reception wore suits and ties, and they readily spoke with me, a mere journalist, because I looked like them. I hadn’t needed the suit and tie to get into the ambassador’s residence; the invitation had been enough. But the clothes I wore allowed me to stay for the reception.

Suddenly I felt like the man in Jesus’ parable of the wedding feast in Matthew 22. “But when the king came in to see the guests, he noticed a man there who was not wearing wedding clothes. He asked, ‘How did you get in here without wedding clothes, friend?’ The man was speechless. Then the king told the attendants, ‘Tie him hand and foot, and throw him outside, into the darkness, where there will be weeping and gnashing of teeth.’ For many are invited, but few are chosen” (verses 11-14).

Now is the time of the wedding feast, the investigative judgment. The King is looking to see if we are clothed in the righteousness of Jesus and can remain at His feast. Am I ready to rush home or sit in traffic to gain this robe of righteousness? Or do I not care about a transformation of character and am interested only in eating the King’s bounties? (See The Seventh-day Adventist Bible Commentary, vol. 5, p. 480.)

Here’s what I’ve decided: The only way to be prepared for any occasion is to always wear a suit and tie. I might feel uncomfortable at first. But the attire will eventually become a part of who I am. Only then will I be allowed to stay at the King’s feast.