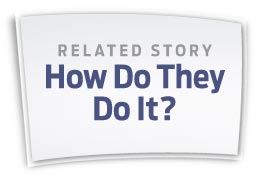 BY KIM KAISER
She was nine months pregnant, expecting her third child, and living in New York City while Dad continued with a work assignment in Belize. She had taken the bus to shop for items needed for the baby-to-come when the preschool official called her.

“Come get your son. He has soiled himself. Bring clothes,” the voice on her cell phone curtly said.

Catching a bus to pick up Shamir would take no less than an hour. Because she wasn’t at home and had no clean clothes for her son with her, she walked quickly to the nearest department store and purchased what she needed.

When Viola arrived at the school, she could smell her child before she saw him. The sight of him standing in the middle of the class, humiliated and uncared for, left her speechless with fury and frustration. She took Shamir to a bathroom, cleaned him up and redressed him, and then gathered all his belongings. Viola was determined that her son would not be subjected again to such trauma.

A Quest for Help
Shamir was a quiet child, one who made few demands. When he entered day care, Viola explained to the staff that he had difficulty with communication, but they made little effort to accommodate his needs. Viola had hoped that the preschool environment would encourage Shamir to interact more with other children. After this incident, however, she kept him home until he was old enough to attend kindergarten at the local public school.

In the kindergarten setting Shamir did not interact or talk with anyone. Viola went to visit the school one day to check on Shamir, arriving during a music class in which the children were playing rhythm instruments. Shamir was standing in the middle of the group staring blankly ahead, not playing any instrument. Teachers seemed oblivious to the fact that he was completely disengaged.

It was at this point that Viola took Shamir to be evaluated by a developmental specialist, who diagnosed him as having selective mutism. This is a condition in which a child who can speak stops speaking in environments that are stressful to them, often at school. The specialist explained that the school administrators would want to place Shamir in a special education class, but a trusted advisor told Viola, “Whatever you do, don’t let that happen. It will only make the situation worse.”

Changing the Dynamics
For the next two months Viola spent weekends driving to surrounding cities looking for a quieter setting in which Shamir might have a chance to grow and thrive. She also had to find a job. Eventually the family, including Viola’s mom, settled in Syracuse, New York. Viola couldn’t afford the tuition at Parkview Adventist Junior Academy in Syracuse, so she enrolled both Shamir and his older brother, Alfonso, in the local public school. Viola also went back to school herself in order to improve her marketability and find a better-paying job.

While attending the Syracuse public school, Shamir no longer broke out in rashes—a sure sign of distress—and the school professionals were doing what they could to support him. Viola, however, continued to be frustrated. Shamir would come home with completed worksheets that were obviously done incorrectly but were marked with a star. Viola communicated to the staff that she wanted higher expectations set for her son, and the staff responded accordingly. They were stymied, however, by their inability to assess Shamir, because he never spoke at school. How does a teacher know what a student has learned if they can’t answer questions?

A Creative Solution
About this time the Syracuse Adventist Church was experiencing an influx of refugee families who had been relocated to the area from camps in Thailand and Uganda. This presented to the church and the school the challenge of educating a large number of children who had virtually no funds for tuition. The school board agreed to accept the children as students, and God responded by blessing the school’s finances. This eventually led to the revision of the school’s mission statement to include the concepts of “no child left out” and “no empty seats.” This meant that children of any parent who was willing to do their best financially would be accepted into the school. The school also had been actively creating a culture that would empower students of all abilities and disabilities. No child would be refused simply because of an academic, behavioral, or financial difficulty.

A Turning Point
One Sabbath several months into the start of the 2010-2011 school year Suzy Gloudeman, Parkview’s kindergarten-to-second-grade teacher, noticed Shamir at church and asked him his name. His brother, Alfonso, was with him and said, “He won’t talk.” The boys’ grandmother explained that Shamir did talk at home but never in public. Mrs. Gloudeman then asked if the boys would be interested in attending Parkview. Grandma responded with a definite “Yes!” Soon Alfonso and Shamir were enrolled in the Adventist church school, with tuition rates the family could afford. 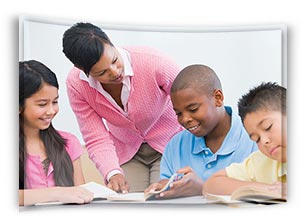 Mrs. Gloudeman had been teaching her students the difference between talking and communicating; now with Shamir in the class, they would learn the finer art of communication. With the help of her students, Mrs. Gloudeman observed Shamir carefully and learned that he had subtle ways of communicating. A yes response was indicated with widening eyes, while a no was shown with a downward glance. Using this yes-no question method, the teacher was able to determine Shamir’s wants and needs. She also visited the boys’ home. During one visit Shamir nodded his head in response to a question. This “fatal mistake” on Shamir’s part led to the requirement that he do the same at school.

As part of intentional efforts to create a culture of respect and empowerment, the K-9 school holds a weekly “all school” recess. During this event older students support younger ones in games that the younger children enjoy. The children often become quite loud during the games, and at first the noise terrified Shamir. He was given the choice to sit on the gym stage or to participate with an older supportive peer. In time Shamir went from sitting on the sidelines with a look of panic on his face to full participation.

Shamir finally became so comfortable in the school environment that at the end of the school year he joined in a water “fight,” which required him to remove his shirt and shoes and risk getting squirted—something that would have been hard to imagine Shamir doing only a year before. Shamir had always refused even to take showers, panicking when water splashed in his face.

Shamir is now beginning his third school year at Parkview. He still doesn’t speak outside of his home, but his academic growth and social/emotional development have rocketed.

Shamir Is Not Alone
Shamir is not the only student at Parkview with special needs. Other current and former students include an upper-grader with Asperger’s syndrome; several with learning disabilities; about 20 students who are learning English as a second language; a student with diabetes so brittle that she is continuously monitored by a specially trained dog who can detect dropping or climbing blood sugars; a student with serious emotional challenges; and several with speech/language disorders. All these students are taught effectively in typical classrooms, most by general rather than special educators.

Why Adventist Schools?
Adventist schools with committed teachers are in a particularly strong position to meet the needs of diverse populations, and to do so is consistent with the ministry and calling of Jesus (see Luke 4:18). It’s the school’s privilege to create a culture in which every student, regardless of challenge, is motivated to say as Shamir did to his mom one day, “I want my own Bible, so I can be filled with the Holy Spirit.”

So what about the more typical students? Have they “suffered” as a result of the time and attention devoted to their peers in need? On the contrary, the careful creation of an inclusive culture for those with special needs ultimately leads to a highly enriched learning environment for all, one in which problem-solving skills are honed and understanding and compassion are developed. Individualized instructional methods for students with special needs also allow for individualization for students who are highly motivated or have particular strengths or interests. Learning to individualize for some students empowers teachers to individualize for all.

Parkview is not the only North American Division (NAD) Seventh-day Adventist school that seeks to meet the needs of all Adventist youth. In 2007 the NAD Office of Education established an Inclusion Commission, partially funded by the nonprofit foundation Versacare, headquartered in Riverside, California. The commission’s goal is to provide resources and training for Adventist teachers division-wide to help them effectively serve students of all learning abilities. The NAD Office of Education has produced a problem-solving guide for teachers titled REACH (Reaching to Educate All Children for Heaven). Teachers are reporting it to be user-friendly and very helpful. Versacare also has helped to fund professional “tool kits,” which include adaptive materials and resource books that have been provided to every conference throughout the division. NAD is now planning professional development training to empower teachers to train others to incorporate the principles of inclusive teaching in their own classrooms.

The driving force of the Inclusion Commission is the belief that every student can experience success. The key to the creation of inclusive schools is teachers who have a heart for all children and who have learned, under the guidance of the Holy Spirit, to be effective problem solvers. Its vision is that inclusive teaching will become the norm in Adventist schools.

To learn more about REACH, go to www.nadeducation.org/reach.

__________
Kim Kaiser is associate superintendent of the office of education for the New York Conference of Seventh-day Adventists. This article was published July 26, 2012.