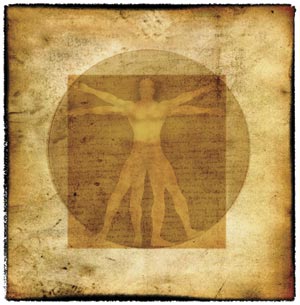 Lael Caesar
I am whom Jesus is making me. And other things besides: For example, and regrettably so, I am less than the sum of my parts—I am Lucy’s and her awesome husband Riley’s son, he known in his time as the dean of ministers in the Guyana Conference of Seventh-day Adventists. Besides, my wonderful wife has dedicated so much of her life to blessing me. God has tried to do so much for me through the goodness, self-sacrifice, and grace of these and many others. Given His effort and theirs, I should have turned out vastly better.

Yet I remain undiscouraged: I am, I insist, whom Jesus is making me. This is, first and last, a statement of faith, which is, in fact, the only way a Christian lives: “The life I now live in the body, I live by faith” (Gal. 2:20).

Anyone who knows me could quite easily, and depressingly, contrast my current practice with God’s ideal for me as revealed in Jesus. Or they could invoke the schizophrenic tension between the me, of the flesh, and the other me, of the Spirit, given that the two “are in conflict with each other” (Gal. 5:17). Acknowledging that struggle, some argue, is no more than facing fact. Too, it makes me more relevant to a world of strugglers. It means I can understand them better. It was the very reason Jesus came, runs this interpretation: “Because he himself suffered when he was tempted, he is able to help those who are being tempted” (Heb. 2:18). So, just as Jesus understands, I too can better understand. And because of that understanding, I will be less intolerant of my brother’s failures. And my own.

But I do not want to be more tolerant of sin in my life. And I earnestly doubt that anyone actually believes that Jesus can help me only because He became human. That would mean that He was quite incapable of helping Enoch and Elijah, or Rahab and Ruth, given that He hadn’t come down here yet, and gone into the wilderness after His baptism, etc. Moreover, the life of the flesh is no part of Jesus’ goal for me. So I have considerable difficulty finding any warrant for affirming it as part of myself. I much rather deny it.

Such denial is of course open to rather broad misunderstanding. For some, it simply means that the self-denying Christian refuses to celebrate her selfish habits. Good saints may choose to read no more than that in Jesus’ prescription on following Him in cross bearing (Matt. 16:24). But Jesus’ cross bearing is much more than simply refusing Mama Mary’s seventh helping of fig-and-date desserts. Following Him with my cross could hardly be limited to refusing my own seventh consecutive banana split. Yet we both know of times when I, as they say, just couldn’t refuse—though I should have.

Cause for despair? Not if you know what, and whom, grace is for.  Paul did, as his farewell words at the harbor of Miletus show: “I commit you to God and to the word of his grace, which can build you up and give you an inheritance among all those who are sanctified” (Acts 20:32). Grace, through the word of grace, is for fixing people who need fixing, and guaranteeing their eternal inheritance.

So I do not despair. I am whom Jesus is making me. Clearly He isn’t finished fixing yet. I’m not what I should be; I’m not even all I myself in better moments have striven to be. So many have so often despaired of ever knowing what to do with me. But Jesus is still working on me, to make me what I ought to be. You might say, with a little plagiarism, that it took Him just a word to make the earth and Mars, the planets and the systems, the galaxies and stars. How loving and patient He must be: He’s still working on me,* and I need not despair: I am whom Jesus is making me.