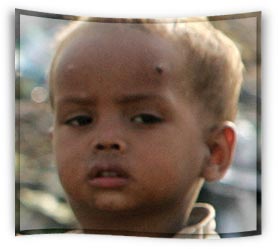 BY SUDHA KHRISTIMUKTI
On weekend afternoons the markets wear a festive look as crowds go about their shopping. I pass through the middle of town carrying two carefully balanced sacks of grain that are tied with a rubber tube to the rear carrier of my bicycle.

Slum dwellers live outside the town limits. Nearby is a dirty little pond where filth and refuse have accumulated in a massive heap. Not far away, on a thundering, busy highway, passengers in cars, trucks, and buses pass every day, unconcerned about the existence of the place.

On this hot afternoon I see barefoot children with matted hair and protruding bellies walking about on the hot, arid ground. They rummage through open garbage dumps by the roadside alongside dogs, pigs, cows, and vultures, each trying to salvage something worth eating or keeping.

Strangely, there is more order here than at the local marketplace, where the have-nots were haggling loudly to bring down prices and vendors were shrieking out the prices of their wares above the din of traffic.

At the dump no one even shooed the birds or animals away. They just quietly went about picking up whatever was edible or usable. Ignoring the stench, some adults pulled out discarded plastic bags and metal objects they could sell for a few rupees to be recycled.

One child, naked and covered in grime, found an odd pair of slippers, donning them immediately before anyone else could grab them. Another fished out an old bicycle tire. He would give it to his mother, who would cut it up and burn bits of it along with discarded wood chips from a nearby factory to cook rice for the evening meal.

Searching for Someone
I was looking for a hut where a mother and her daughter lived. The assortment of huts—some merely partitions made of cloth, others with or without wild bamboo leaves—were randomly scattered over a deserted patch of land that connected a stretch of highway to nearby cities.

I asked around while beggars and malnourished children stared with curiosity. An injured laborer sat on a mound of earth covered in cement dust from head to toe, his leg wrapped in a dirty bandage.

Finally I stumbled upon them.

The mother had been born to parents who were poor and illiterate, and who considered their daughter a burden to be married off as soon as possible. She was given away to a man who not only didn’t have a job, but was constantly drunk. He even stole the little bit of money she earned. She stayed with him out of sheer helplessness. One day he abandoned her, disappearing to another city, leaving her pregnant.

She barely eked out a living weaving and selling bamboo baskets, moving through various neighborhoods in and around town. Hunger, pain, and neglect had turned Shantu and her 1-year-old daughter into thin, pale, emaciated figures. Their bones were clearly visible through their torn, dirty clothes. They had no place to wash, no soap, no fresh change of clothes. India is hot and dusty, and summer temperatures can rise to 110?F in arid states that are far from the coast.

People like them simply die on the streets from thirst, dehydration, or heatstroke. They cannot afford to buy water or find shelter to protect them from the devastating heat. Many of them simply huddle under whatever trees they can find, waiting for the sun to head toward the western horizon. They fall prey to jaundice, cholera, typhoid, and gastroenteritis from the contaminated food and water they ingest. They have no money for medicine.

My head swam from witnessing these ugly realities. Their open hut held an earthen water pot and a place to cook. I saw a pot blackened by fire standing on three bricks, a bucket of water, an old broken mug, and two empty coconut shells that served as dishes.

We lugged the grain sacks to a corner of the hut; wheat and rice, some lentils and dried beans they could use anytime. I emptied the fruit basket, laying out the chickoos, mangoes, and grapes. When I brought out a bag full of vegetables, they were the picture of delight.

I sat on a stone while the thatched bamboo roof swayed with the wind. The little one stared in wonder at the clean frocks for her, the skirts and saris for her mother.

Rewards
I thought I was doing the giving, feeling happy from the warmth of sharing and doing something good. But I realized that my meager gifts were nothing compared to what they had given to me.

Their smiles said they were thankful. How can anyone smile in such a place? I wondered. I glimpsed their resilient spirits and wondered, How do they go on day after day?

Their eyes danced with hope and I wondered, How can anyone have hope in such conditions?

And yet they had life, hope, resilience, gratitude, and much more.

I bicycled back to my home, humbled and truly grateful; I had to be. I realized I hadn’t been properly thankful to God for all that He had given me. Not just for my basic necessities, but for all that I took for granted: education, home, health, work that I enjoy, and many more blessings I can’t even begin to list.

The best way I can show my gratitude is to keep returning to help carry their burdens. It’s my religious duty. The apostle wrote: “Carry each other’s burdens, and in this way you will fulfill the law of Christ” (Gal. 6:2). 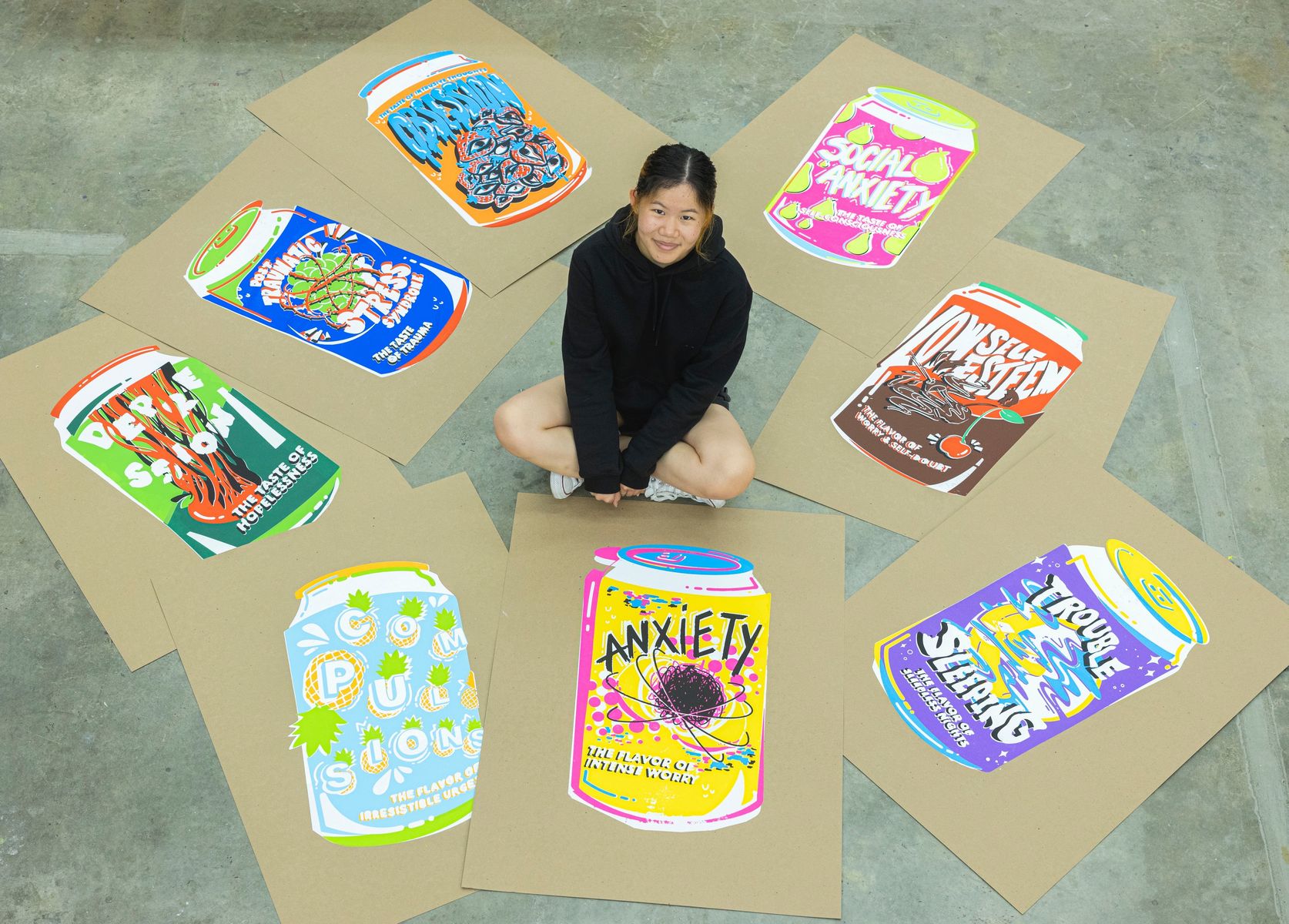