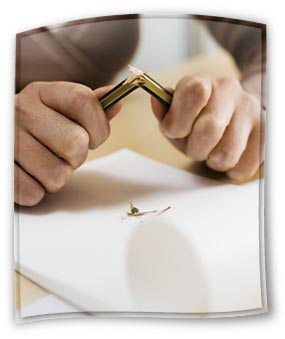 BY ROBIN ERWIN
If you’re involved in church committee work as a congregational leader (as I am) and have experienced times of tension when discussing ideas and making decisions, this article is for you.

Throughout my years of serving on church committees I’ve learned that where several people are working together for a period of time, differences will arise, factions will form, and political dynamics will come into play. Unfortunately, this problem is nothing new; these differing factions and political dynamics occurred in the early Christian church (see Acts 15), so we shouldn’t be surprised to see them manifest in our generation as well. Much like gravity, they are inevitable and are capable of creating undesirable consequences. Under the guidance of the Holy Spirit, however, they may be harnessed to bring about positive goals and outcomes.

Not All Bad
Committee member differences and the friction and tension they bring with them can actually be helpful. They challenge members to stay on their toes, to keep thinking about their values, to attempt to explain their position to others, and sometimes to grow in their understanding of God’s ideal. Committee decisions made in this climate are examined from all perspectives and often evidence godly wisdom for having gone through a process of prayerful and thorough consideration rather than approval by assumption.

If we can avoid taking the cross fire between factions too seriously or personally, we may be able to see the greater good that can come to the group over time: competition over ideas can lead ultimately to a stronger organization. We may then find the courage to conquer the feelings of dismay and distress that can result if these political debates simmer on or at times boil over into open conflict, and begin to harness the potential benefits of disagreements.

Some individuals feel so distressed and uncomfortable when there is disagreement that they can misidentify the situation as a sinful lack of unity, erroneously believing that if we were all true believers we would not experience conflicting opinions.

Consider again the early Christian church and notice the serious disagreements among eyewitnesses of Christ’s ministry and life—all of whom were true believers. Was this a fatal failure on the part of the early church? No; their disagreements were apparently discussed together in an animated but civil enough manner, strategies were agreed upon, and functional unity was preserved. Instead of failure, perhaps a more insightful interpretation is that these differences of opinion were manifestations of the inevitable competition for ideas in an open society with growing and diverse members, and that they brought about a useful pattern of growth that benefited the early church and even the church today. Ellen G. White spoke of this dynamic as a positive phenomenon.* Short of a miraculous intervention, such as Peter’s rooftop vision, prayerfully guided vigorous debate could be one of the ways that God inserts His agenda and values into our minds.

Skillful Guidance Is Key
A battle of ideas is commonplace and ongoing, but there are critical junctures in a group’s history during which this rivalry could conceivably result in great harm to the organization. The skill with which leaders and members handle the tension is key to limiting the damage and maximizing the benefits. The godly wisdom of church leaders in the past has often guided various frictions in such a way that disaster was avoided, and a healthier church organization usually emerged.

Handled appropriately, internal church disagreements may mirror those experienced in many marriages. When disagreements are managed in a respectful, trustful, and loving manner, husbands and wives come to understand each other better and are able to form a more perfect, lasting, and higher-functioning union.

Here are some points of spiritual wisdom that can be helpful in working through committee disagreements and achieving mutual benefits:

• Avoid demonizing others who hold a different point of view from yours through not only your choice of words and the tone you use to express them, but your thoughts as well.
• Treat others whose opinions differ from yours as legitimate members of the organization.
• Attempt to view things from various perspectives in order to understand better the arguments under consideration; in other words, try to see things through the eyes of others.
• Identify and affirm consensus achieved on relevant points; this solidifies at least some commonalities on which to build trust and respect among participants.
• Isolate the elements of a disagreement that actually differ and are not simply different words for the same ideas. After having isolated the real differences in context, evaluate all sides of the issue together to see if there is movement toward consensus.
• When it doesn’t violate your Bible-informed and Spirit-guided conscience, explore compromise positions, a third solution. Remember that although compromise is not comfortable, discomfort in itself is not a sin.
• Expect all involved to follow agreed-upon processes of decision-making, such as consulting criterion authorities (e.g., the Bible, Ellen G. White, the SDA Church Manual, etc.) and using standard discussion procedures (e.g., in more formal discussions, Robert’s Rules of Order or other debating rules). This may seem silly to some, but such rules encourage civility and fairness of discussion, and help to avoid the tendency to allow the loudest voices to prevail.
• If consensus is not feasible, then agree to disagree and continue to respect one another.
• When necessary, learn to live graciously and charitably with unanswered questions and without consensus.

Standing the Test of Time
Although it’s appealing to imagine an organization that never has conflict, such religious organizations usually are found to have a powerful, central, controlling authority that simply does not allow disagreements. These groups do not function as open societies and usually do not stand the test of time (consider the horrific example of Jim Jones in Guyana). In free societies with large memberships over long time periods, differences of opinion are an inescapable and fully human phenomenon, having the potential of being a force for good if handled wisely.

We shouldn’t be surprised or dismayed by the existence of tensions and disagreements in committee meetings; they are nothing new. But let’s strive to handle them wisely. Sometimes we should just take a deep breath, open our hearts in prayer, ask for Jesus’ agape love for those who don’t see things the way we do, receive from God His promised wisdom that seeks the good in every situation, and imitate the humility of Christ. Surely God would be honored in this.

By His grace, our disagreements can result in wiser decisions and church committees that more fully can fulfill their function and calling.

___________
Robin Erwin is an elder in his local Seventh-day Adventist church in Buffalo, New York. He has served as a member and chair of numerous church, conference, and workplace committees. This article was published March 8, 2012.