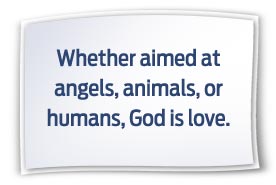 Jimmy Phillips
I loved growing up in the 1990s. The nineties took everything that was cool and made it really cool.

Michael Jordan turned basketball into a game played on the court and in the mall. I’ll never forget my older friends standing in milelong lines with every new release of Air Jordan sneakers. Computers were no longer restricted to the contents of a five-and-a-quarter-inch floppy disk. With the Internet boom, the only limit was the speed of the machines themselves.

Everything was a fad: JNCO jeans, Starter jackets, neon colors, and frosted tips (just Google it), to name a few. My personal favorite was a game called “pogs.” Pogs were small cardboard circles with pictures on both sides. During the height of the fad we’d get together and stack the pogs on top of each other and take turns hitting them with similarly sized metal or plastic discs called “slammers.” Whoever flipped the pogs over got to keep them. Needless to say, my older friends often took advantage of me, to the chagrin of my mother.

Another fad had much more depth, one that Christians and many non-Christians rallied around.

One day my best friend, Mark, came over after school. On his wrist he had a black bracelet with white letters that read “W-W-J-D?”

“What do the letters on your bracelet stand for?” I asked.

Since Mark’s family didn’t go to church, his reply surprised me. “ ‘What would Jesus do?’ ”

Although I haven’t seen a WWJD? bracelet in years, the phrase has become integrated into American culture, used by both Christians and nonbelievers alike. There’s even a “What Would Jesus Do?” Wikipedia page.

It’s a good self-check. If we each stopped and asked ourselves that question in the midst of any difficult decision or situation, the world would be a much better place.

But it’s one thing to ask the question; it’s another to have the answer.

God Is . . .
The only total-identity statement about God in the entire Bible1 appears in 1 John 4:8. The end of the verse simply says, “God is love.” The way John chose to write this is key. Notice that he does not say that God is loving. That word would be a simple description of a behavior directed toward a person or thing. For example, “God is loving to the human race.”

No, John does not identify God with the modest adjective, but chooses instead to use the strength of the noun “love” to describe God. The breadth of this statement requires no additional verbiage. Whether aimed at angels, animals, or humans, God is love.

Think about it this way: The Bible says that God is merciful (Ex. 34:6, KJV), just (1 John 1:9), and holy (Isa. 6:3). It does not say He is mercy, justice, and holiness. Such statements would be unnecessary. Since God is love, everything He is—merciful, just, holy—He is because He is love.

If we begin with the knowledge that everything God does He does out of love, we’d save ourselves a lot of confusion, frustration, and misdirected anger. That painful job situation or failed relationship? God allows it so that He can accomplish the bigger purpose He has for our lives.2 Even when the pain from our own sin brings us to the breaking point, when we surrender, our deliverance is sure.3

No matter what the world throws at you, or you throw at yourself, God is sovereign. And unlike earthly rulers, whose reigns are so often characterized by greed, self-exaltation, and persecution, when it comes to God all decisions flow from one character attribute: love.

What would Jesus do? The answer, in any situation, begins and ends with love.

_______________
Jimmy Phillips ([email protected]) writes from Bakersfield, California, where he is electronic media coordinator for San Joaquin Community Hospital. Visit his Web site at www.introducingthewhy.com. This article was published March 8, 2012.