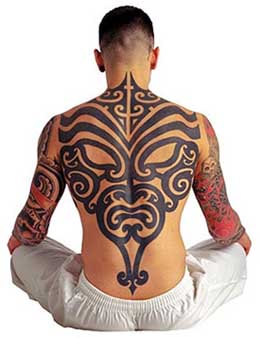 Superlatives are always questionable, but it would be difficult to select a short list of the most influential pop celebrities over the past 10 years without including Angelina Jolie. After her film portrayal of video game heroine Lara Croft in 2001, like it or not, she has daily been at the very front of public attention. It is virtually impossible to pass through the point-of-purchase gauntlet at any supermarket without seeing an image and headline among the tabloids pertaining to Angelina—and, of course, to Brad Pitt, with whom she shares unimaginable fame.

Cultural fascination with this so-called super couple, dubbed “Brangelina,” has spurred a kind of media industry of its own. In magazine articles, entire Web sites, and celebrity TV shows, every detail of their lives—actual or imaginary—is scrutinized.

So, at about midyear 2011, those of us among the “huddled masses” were finally advised by the media that at long last Angelina had decided to devote a brand new tattoo on her body to Brad Pitt. She already had apparently dozens of other known forms of body art. But now, on her arm underneath a list of map coordinates of the birthplaces of her six children (at latest count), some of them adopted, she has added the map coordinate for the birthplace of Brad Pitt: Shawnee, Oklahoma. Is that romantic, or what!

As it happens, of course, many other celebrities are attracting public attention with tattoos of their own. It has become a kind of spectator sport. Some astute star-watcher noticed recently, for example, that Lady Gaga (How can we discuss celebrity without mention of her?) reportedly has all her tattoos located only on the left side of her body. Asked why this is so, she explains that it is because she promised her father that she would keep at least one side of herself “slightly normal.” Now, there’s an expression, “slightly normal,” that could provide pause for thought.

Tattoos have become so much a part of popular culture, in fact, that in late 2011—a catch of the breath here—Mattel Toys® issued a limited-edition Barbie doll with an attitude, including tattoos. Some parents were aghast, but the 7,400 dolls quickly sold out, probably very few of them given to children.

And recently it isn’t only celebrities—human or otherwise—who are getting tattoos. In this topic it is truly an unknown whether celebrities are the inspiration or just a part of the broader cultural practice. At the super market, behind the counter of the fast-food restaurant, in the aisle of the mall, along the airport concourse—everywhere one goes, one sees people with various, and sometimes extensive tattoos and other forms of body art. One would have to say they have become fashionable for celebrity and everyman—at least among the young. One estimate suggests that nearly 40 percent of people age 28-40 have jointed the trend.1  Presumably this is referring to a North America demographic, but the fad is unmistakable wherever Western culture extends its influence.

Tattoos, of course, are nothing new to human history. They are known to have been a part of life in ancient cultures all over the world. The word “tattoo” derives from a Samoan word that means “balanced” or “fitting.” Throughout these more ancient cultures, these forms of body art carried some kind of symbolic meaning.

Until recently, however, tattooing in Western culture has generally been considered as somewhat unsavory, a practice only of people like convicts and gang members. They usually suggested membership in some loosely organized group. Not so any more.

Even in conservative Christianity, tattoos and other forms of “body art” have shown up. T-shirt slogan accompanying a representation of Jesus on the cross: “Body piercing saved my life,” a reference to Isaiah 53:5. This kind of thing has become prevalent among many young people who are persuaded that their carefully chosen religious symbols—crucifixes, dates of conversion, and so on—offer an opportunity for witnessing among otherwise alienated contacts. Often they have a “tattoo narrative,” an enthusiastic and ready explanation with evangelistic intent that they are eager to share.

This trend—even among Christians—has begun to get the attention of thought leaders in the evangelical world. In his blog, Charles Colson asks the question, “Would Jesus Get a Tattoo?” and decides probably not. “The marks of the Christian,” Colson says, “ought to be spiritual—etched into our souls—not etched onto our bodies.” 2

S. M. Hutchens, another Christian blogger, begins with the scriptural reference most commonly cited on the topic: “ ‘You shall not make any cuttings in your flesh for the dead, nor tattoo any marks on you: I am the Lord’ ” (Lev. 19:28, NKJV). From there he proceeds through a more extensive treatment to the conclusion that “ironically, ‘permanent’ symbolic injuries [e.g., tattoos and body piercings] placed on the skin by the intention of those who receive them mark a self which is passing away. The truest marks of the Christian are faith, hope, and charity, which abide forever.”3

It does indeed seem as though having Christ in one’s life ought to be more than skin deep. In Acts 4, the apostles Peter and John were causing a stir in Jerusalem and were called before the Sanhedrin. The account reports that their listeners, whether friendly or adversarial, clearly recognized that the apostles “had been with Jesus” (verse 13, NKJV). If someone is to be recognized as having “been with Jesus,” surely the evidence of that would have to be considerably more than a mere marking on the skin, something demonstrated in one’s character.

But most of those with tattoos in today’s culture probably have no spiritual intent at all. The majority seem to be motivated to have their bodies marked as a simple means of self-expression. This is what psychologists would classify as individuation. One writer has called the acquisition of a tattoo as a “declaration of me-ness.”4 And this calls into question the human need to stand out, to be recognized and affirmed as an individual.

The practice of tattooing, however, has become such a widespread part of our culture that it has lost its uniqueness, its “me-ness.” Instead it has “become an acceptable form because the fashion and style taste-makers—Hollywood, New York, and the NBA—have legitimized them.”5  So, as it so often turns out, the motivation to stand out has led to nothing more than to blend in. To a certain degree, being counter-cultural today—especially among the young—is to not be tattooed.

___________________
Gary B. Swanson is associate director for the General Conference Department of Sabbath School and Personal Ministries.