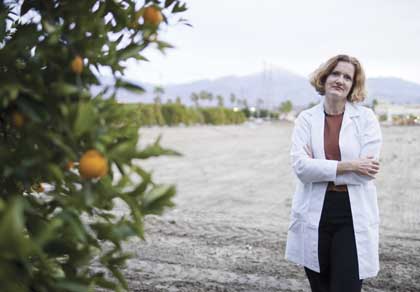 Meet the residents of the California town resisting the coming of McDonald’s (Posted Feb. 16, 2012)

The following news story, reprinted by permission, first appeared January 30, 2012, in London’s Daily Telegraph newspaper, and offers an outsider’s perspective on the planned arrival of a McDonald’s fast-food restaurant in Loma Linda, California.?—Editors.

For those wanting to pursue life, liberty, and happiness, the California enclave of Loma Linda—unofficially “America’s healthiest city”—is a shining light. Nestled beneath snow-capped mountains east of Los Angeles, it is home to 12,000 or so members of the Seventh-day Adventist Church, and is an idyllic community in every sense. Here sprightly centenarians stroll the aisles at all-vegetarian supermarkets. There are no liquor stores and no smoking in public, and caffeine is considered a pollutant.

But all is not well in this haven of wholistic living. Loma Linda is about to get its first McDonald’s restaurant. The looming specter of the golden arches is raising the hackles, even the blood pressure, of the good burghers of Loma Linda, who are not “lovin’ it” at all.

In addition to a belief in the imminent second coming of Jesus Christ, Adventists—half of the city’s population—say the body should be looked after diligently. They are fond of quoting St. Paul: “Do you not know that your body is the temple of the Holy Spirit?” (1 Cor. 6:19, NKJV).*

At the Loma Linda Market, where low-fat tofu milk, raw vegan cheesecake, and roasted seaweed snacks jostle for space, sentiments were running high. Judy Marino, 43, an Adventist who serves cucumber water at the juice bar, worked at a McDonald’s in Texas when she was a teenager. “It was hell. I never liked the food or the way they prepared it.”

Judy Gimbel, a 73-year-old shopper, agreed: “I’ve been to McDonald’s just once, and nothing could convince me to go again. Healthy living is a priority in an Adventist community.” Her 78-year-old husband, an eye surgeon, never touched caffeine and is still operating, she added.

Loma Linda—“beautiful hill” in Spanish—has one of the world’s highest longevity rates. According to a 2005 study published in National Geographic, it is one of four global “blue zones” where people live longer. (Sardinia, Okinawa, and Nicoya in Costa Rica are the others.)

Adventists in Loma Linda live seven years longer than the average California male, and women four years longer. Overall, life expectancy is in the mid-80s. That compares with just 65 in neighboring San Bernardino, where, ironically, the world’s first McDonald’s opened in the 1940s.

Loma Linda had, until now, managed to avoid the global tentacles of the fast-food giant, primarily because of the number of Adventists. Despite this, the city council—all are Adventist—has voted three to two to allow the new drive-thru. Those in favor say that it isn’t the job of local officials to stop people if they choose to indulge.

McDonald’s insists that its menu meets a variety of dietary needs. A spokesman said: “Our line of Premium salads can be ordered without meat. We also offer apple slices, oatmeal and fruit-and-yogurt parfaits, as well as a variety of portion sizes. We believe the new restaurant will support the community with a contemporary dining experience and help fuel economic growth.”

The restaurant will be built on the site of orange groves, and the bulldozers have moved in already. But there are no placard-wielding protesters in sight. As one official put it: “This is a city founded on health care. People are M.D.s and Ph.D.s. They don’t really go in for chaining themselves to things.”

Instead, opponents have formed the Healthy Loma Linda Coalition. One of their number, Dr. Wayne Dysinger, head of preventative medicine at the world-renowned Loma Linda University Medical Center, said: “It has nothing to do with vegetarianism or religion. We see it as a public health issue. We don’t want McDonald’s because we want a healthy environment, and that ought to be our right. We are not trying to harpoon McDonald’s, we are not trying to wipe it off the face of the earth. We just know that, as a general rule, fast food is unhealthy, and McDonald’s is the classic symbol of fast food. What it sells leads to cholesterol and heart attacks. Going from orange trees to McDonald’s isn’t really that good.”

Another opponent, Dr. Sylvie Wellhausen, 45, compared its salad offerings with “putting 5 milligrams of vitamin C in a cigarette.”

Darold Retzer, the youthful 69-year-old executive pastor at the 1,900-capacity Loma Linda University church, the largest Adventist church in North America, is no fan of burgers, but is urging calm. “I believe God created our bodies, and it’s our responsibility to care for them. We do want people to live healthily, but that’s a matter of education, not legislation. I think minimal government is better than a lot.”

Retzer said he may pop into the McDonald’s himself, but for ice cream, not a Big Mac. “I’m a lifetime vegetarian. I would assume business here is going to be a little slow.”

—Reprinted with permission of The Daily Telegraph. 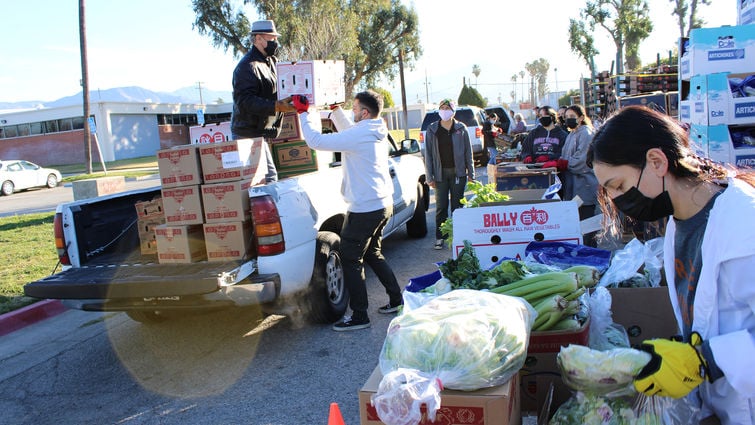