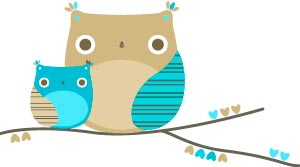 Sandra Blackmer
The innate instinct to protect our children is one of the strongest impulses humans possess. Stories abound of parents putting their lives on the line to safeguard their child, and few dispute their right to do so.

One remarkable example is that of Sarah McKinley, an 18-year-old widow and mother of an infant son living in Oklahoma, who shot and killed a knife-wielding home intruder on December 31 last year. While the male intruder was busting down the barred door of McKinley’s mobile home, McKinley called 911 and asked if it was OK to shoot him if he got into the house.  “You do what you have to do to protect your baby,” the dispatcher responded.  The moment the intruder stepped inside, McKinley fired.

“I wouldn’t have done it, but it was my son; gotta protect him,” McKinley said.1

The maternal instinct isn’t exclusive to mothers. In March 2010, gunshots fired on a Detroit street brought David Adams running from inside his home to the front porch, where his 13-year-old mentally challenged son, Joseph, was sitting. He placed himself between the shooter and his son, ultimately taking two bullets that would likely have hit Joseph. The shots were fatal.
Detroit Police Chief Warren Evans told reporters, “Could just as easily have been his child had he not gone out to save him.”2

Parental protection, of course, usually doesn’t require such drastic measures. Everyday care, concern, guidance, and love encompass such events as bruised knees, broken hearts, and shattered hopes and dreams. The desire to shield our children from the unpleasant knocks that are inevitable in this world pushes us at times to great lengths. But we can do only so much; sometimes it’s best to offer prayerful support and then step back and leave the situation in God’s hands. Even then, however, the inability to “make it all better” can cause parents acute anguish.

Where does such selfless love come from—a love that compels parents to unhesitatingly put their own lives at risk to protect their children, or to carry their burdens on their hearts as if they were their own? Most Christians would doubtless acknowledge their Creator, in whose image we are formed. A Creator who put His own life on the line and paid the ultimate price to save us for eternity—not on impulse, but with the full knowledge of what His coming to this earth and living and dying for humankind would mean. A God who tells us to bring all our burdens to Him and lay them at His feet. A heavenly Father who feels our pain and grieves with us in our sorrow. That kind of love is far beyond human comprehension, but the love of a parent for a child, I believe, comes the closest to the divine.

Tragically, because we live in a sinful world, not all parents exemplify God’s character in the rearing of their children. Some have egregiously abused their high calling and the love and trust of their little ones. But our Lord knows this, too. In Isaiah 49 He asks, “Can a woman forget her nursing child, and not have compassion on the son of her womb?” and adds, “Surely they may forget, yet I will not forget you. See, I have inscribed you on the palms of My hands” (verses 15, 16, NKJV).3

We are all God’s children, and His Word assures of His love. So let’s seek wisdom from Him as we guide our young ones into adulthood and beyond, and also remember that no matter what happens in our lives, we always are under His wings.