The Most Dangerous Prayer 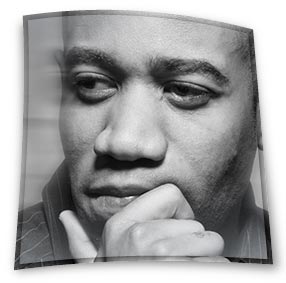 BY WILLIE EDWARD HUCKS II
When I booked my round-trip flight from Washington, D.C., to Dallas I was cognizant of the scheduled return date: September 11, 2011—the tenth anniversary of the attacks on the World Trade Center towers and the Pentagon. But I had no other options in terms of when I could return to the East Coast.

As that weekend approached, the chatter on the airwaves concerning possible threats against United States interests, including but not limited to New York City and Washington, D.C., increased. Although I wasn’t fearful, my curiosity level rose early the morning of Sabbath, September 10, when I noticed, while driving in downtown Dallas, that the street upon which I needed to turn to enter a parking garage had been blocked off by a police officer. Could this be related to nationwide stepped-up security?

As the weekend progressed I found myself thinking about the possibilities I had earlier refused to entertain. What if America came under attack again? What if the unimaginable transpired on our aircraft during my flight home? What if September 11 proved to be the day of my demise?

Do I Pray Selfishly?
As always, before my September 11 flight departed, I offered a prayer for personal protection, for the flight crew, and for the air traffic controllers. As with any itinerary regardless of length, by the time I get to within 48 hours of returning home, all I can think about are my wife and children. I assume that scores of people did the same  more than 10 years ago—whether they were on one of the ill-fated planes, or whether they had a loved one returning home. They were eagerly anticipating joyous reunions; but such was not to occur.

What if God allows calamity to strike? What if God does not answer my prayers the way I wish He would? Is it selfish for me to pray for what I want—assuming that what I want is also what God wants? Does this call for me to pray differently than how I am accustomed to praying?

Prior to His arrest and crucifixion, Jesus experienced the greatest challenge of His life on earth. Ellen G. White said of that moment: “The humanity of the Son of God trembled in that trying hour. He prayed not now for His disciples that their faith might not fail, but for His own tempted, agonized soul. . . . Christ might even now refuse to drink the cup apportioned to guilty man. It was not yet too late. He might wipe the bloody sweat from His brow, and leave man to perish in his iniquity. He might say, Let the transgressor receive the penalty of his sin, and I will go back to My Father.”1 Yet He prayed a prayer—the first part with which I resonate; the second part, quite foreign to my way of thinking: “Father, if you are willing, take this cup from me; yet not my will, but yours be done” (Luke 22:42).

Luke employs the imperfect tense to describe Jesus’ manner of prayer in Luke 22:41. The imperfect tense implies repetition. Jesus repeatedly prayed for His Father to answer His prayer in a way that might be pleasing to Himself; but He also repeatedly prayed for God’s will to ultimately be performed. Such a prayer is the most dangerous one that a person can pray; for it gives God permission to allow something that runs contrary to what we really want.

On the morning of September 11, 2011, I prayed for God to take me safely home. Quite honestly I don’t remember if I even thought of the others on the plane with me—but I guess I believed that in praying for myself I was praying for all the other passengers. I did also pray for God’s will to be done. But I’m not so sure I really meant what I said. What about my wife? What about my children? How would such a tragedy affect them? All these thoughts rushed through my head; but I didn’t want my family to face such things. So I found it much easier to hope and pray that God would see things my way—just answer my prayer according to my will.

God’s Permissive Will
Twenty years ago, while in congregational ministry, I had a local church elder who constantly spoke of the difference between God’s perfect will and His permissive will. I understood him to mean that God has a way that He wants things to turn out; yet He often allows things to transpire differently.

Scripture is replete with examples of God’s permissive will. God never wanted Israel to experience a monarchy; yet He allowed it (1 Sam. 8:6-9). God is not a God of dissension and acrimony; yet He allowed human choice to dictate the course of events between Paul and Barnabas (Acts 15:36-39). But my favorite example of God allowing what He does not prefer comes from the life of Joseph. Joseph, perhaps out of naïveté, appeared to lord over his father and brothers as a result of sharing his dreams with them (Gen. 37:5-11); but that didn’t justify the mistreatment he suffered at the hands of his brothers, who threw him into an empty well and eventually sold him into slavery (verses 23-28). Yet God allowed it, as well as also permitting Joseph to be unjustly imprisoned because of trumped-up charges (Gen. 39:11-20).

What if God’s permissive will for my life negatively impacts me? Am I willing to pray the dangerous prayer “Not my will but Yours be done”? Am I ready to face the reality that could come as a result of asking God to fulfill His will instead of my own? Every day when my family and I get in a vehicle we pray for divine protection. But what if God were to allow serious harm to befall one or more of us? I ask God for good health on behalf of my wife, children, parents, in-laws, coworkers, and many others. But what if my wife were to share bad news—terminal news—about the lab results that just came back?

Beyond Human Comprehension
Understanding God’s will challenges our mental faculties. We find it easy to believe that right living logically leads to health, prosperity, and many other blessings. Reality, however, reveals that there is no connection between obedience and a life free of disappointments.

Hezekiah remained faithful to what Yahweh required him to do. “He removed the high places, smashed the sacred stones and cut down the Asherah poles. He broke into pieces the bronze snake Moses had made” (2 Kings 18:4). Yet Hezekiah fell ill; and when Isaiah told him to “put your house in order, because you are going to die; you will not recover” (2 Kings 20:1), Hezekiah was unable to accept the will of God—unable to pray for God’s will to be done. The sordid history of succeeding generations told the story of how Hezekiah should have accepted the omniscient designs of God.

Jesus and His followers encountered a man who was born blind. The disciples asked Him, “Rabbi, who sinned, this man or his parents, that he was born blind?” The response of Christ remains instructive to this day: “This happened so that the works of God might be displayed” in his life (cf. John 9:2, 3).

Why good king Hezekiah had to die was not clear to him. Why this man was blind from birth was clear neither to him nor to others. For so many it remains difficult to remember “that in all things God works for the good of those who love him” (Rom. 8:28), that it is safer than the human mind can logically comprehend to pray the dangerous prayer of giving God permission to carry out His will for our lives.

Expect the Unexpected
On the afternoon of April 20, 2010, I was hunched over my laptop in a hotel room when I began experiencing back pains. The next day I flew back to Baltimore via Chicago. Upon landing at O’Hare Airport, I noticed my legs felt wobbly; my steps, unsure. Upon arriving in Baltimore, I slowly made my way outside the airport to where my wife was waiting to take me home.

When I woke up that Thursday morning, April 22, to go to the office, I could not stand up. I immediately woke my wife up, telling her I needed to go to a hospital. An MRI revealed I had two bulging discs pressing against my spinal cord, leaving me temporarily paralyzed from my waist down. To my chagrin, the emergency room physician told me that surgery was my only option. So after being stabilized that afternoon, transported via helicopter to another hospital, and observed for several days, I was eventually prepped for surgery.

For the five days leading up to my surgery I lay in that hospital bed, not knowing what my future held. All I knew was that I couldn’t stand up, much less walk or run. Everything that I took for granted—things as simple as putting one foot in front of the other—I now found impossible to accomplish. For five days I had a lot of time to pray. What if I would never walk again? What if something were to go wrong during surgery? What if I were never able to play basketball with my son? I prayed for healing; but at that moment I also realized my helplessness and complete dependence upon God. While I wanted to glorify Him standing up, I prayed for and accepted the gift of contentment should God choose that I glorify Him from a wheelchair.

God Knows Best
To pray the most dangerous prayer requires a mature faith, and reaching that level of trust in Divinity can come only as a gift from God. It has always been easier to walk the road we can discern; but it is often not God’s plan, hence not for our long-term benefit. Life throws one disappointment after another at each of us: relationships that ended in heartache, unexpected illnesses and deaths of loved ones and friends, layoffs from jobs, job promotions that went to someone who lacked your qualifications, scores that just fell short of passing major exams—and the list goes on. So many of these painful experiences are beyond our control and fall within God’s permissive will. But Ellen G. White informs us that “God never leads His children otherwise than they would choose to be led, if they could see the end from the beginning, and discern the glory of the purpose which they are fulfilling as coworkers with Him.”2

Oh, for a faith that trusts God when we cannot trace Him!