Yes, You Can Make a Difference! 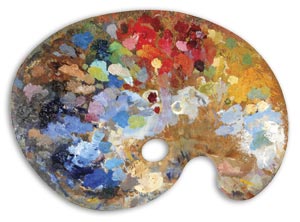 BY REINDER BRUINSMAI enjoy reading biographies and autobiographies, especially of those who, coming from a humble background, reach a position where they have impacted their environment, or even the entire world, in a significant way.

Who does not feel inspired by the example of total commitment of Mother Teresa, the fragile woman from the Balkans who devoted her life to the poorest of the poor in the slums of Calcutta? Who does not still hear the echo of the words of Martin Luther King, Jr., the pastor’s son from Atlanta who became the symbol for freedom from ethnic oppression: “I have a dream . . .”? Who cannot be impressed by the greatness of character of Nelson Mandela, who emerged from prison without any feelings of bitterness, to become the first black president of South Africa? These people certainly made a difference.

In all spheres of life we find men and women who made a difference. Imagine the world of art without a Michelangelo, Rembrandt, Rubens, and many others.

But What About Us?
Few of us have the kind of career that makes others say that we are making a difference in society. Most of us are “ordinary” people whose names will not be listed in any Who’s Who, and we will have no street named after us. But come election time politicians want our vote. They tell us every vote can make a crucial difference. And indeed, sometimes just a few votes are the difference between victory and defeat. We all remember the endless counting and recounting of the votes in Florida in late 1999, which ultimately gave George W. Bush a lead of no more than 537 in the popular vote. Just a few people indeed made a historic difference.

Those who promote “green living” continue to berate us that it really does make a difference whether we recycle our family household waste and drive a “green” car. Every environmentally conscious consumer, they say, makes a real difference. I realize that I cannot solve all the poverty-related problems in today’s world. But the $20 I give each month to assist a foster child does make a real difference for a girl in Pakistan who gets the opportunity to go to school.

Does My Faith Make a Difference?
I am convinced each of us can make a difference in another essential way. How people think about Christianity often depends on just one—or maybe a handful—of contacts with a Christian. Whether someone is attracted toward the Christian faith or repelled by it may ultimately depend on the way they see and experience me: I can make a decisive difference in the way people will look at Christianity.

We do well from time to time to ask ourselves the question how we, as Adventist Christian believers, make a difference. Let me phrase the question in three different ways:

• Does it make any difference that I am a member in my local church? Is the church enriched by my presence and my participation? (Or would the church actually function better if I did not come?)

• Does it make a difference that there is an Adventist church in the town or city in which I live? Does it positively affect the community? Or is the community hardly aware of its existence?
These are important questions. Let’s look at a few Bible passages to find some answers.

What Makes the Difference?
Early in Jesus’ public ministry a Jewish leader approached Jesus in private. He wanted to know more about the secret of Jesus’ success (John 3:1-3).1 Jesus warned the leader that he was on the wrong track. Nicodemus would not even begin to understand what Jesus’ mission was all about unless he experienced a drastic turnaround in his inner life. Unless he was “born again,” he would not “see” the “kingdom of God.” That is the first lesson we also need to learn if we truly want to make a difference. The difference we can indeed make does not depend primarily on the plans we make, on the influence of the inspiring books we read, or the resolutions we try to implement. We first of all need a new spiritual orientation and must have new priorities for our life.

Some years ago I discovered an interesting little book by Bob Buford. This man became the leader of a support ministry for pastors and church leaders. Earlier in his life he was the CEO of a successful cable television company. In his book Halftime he describes how, at midlife, he was increasingly dissatisfied with his life. He no longer wanted just a successful life, but aspired to something more meaningful. That explains the subtitle of his book: Changing Your Game Plan From Success to Significance!2 Many of us need to change the “game plan” for our life if we want to be significant in the sense that we can truly make a difference.

Let’s jump a few years forward from the Nicodemus story to an episode in the book of Acts. In chapter 4 we find the record of a confrontation in Jerusalem between some members of the Jewish Council and the apostles Peter and John. These two men were certainly making a difference in the early church, and their legacy in Christendom continues to make a difference today. What was their secret? They had drunk from the ultimate Source of meaning. The Jewish leaders recognized them “as men who had been with Jesus” (Acts 4:13). In Acts 11 we find a side note that makes a similar point about those early followers of Jesus Christ. It was in the city of Antioch, we are told, “that the believers were first called Christians” (verse 26). It was, apparently, noticeable that these people had been close to Christ. They had become different; they had become “Jesus people.”

The Fragrance of Christ
In his second letter to the Corinthians Paul develops what it means to be “Jesus people” through the use of two striking metaphors. Christians, he says, spread the good news, wherever they go, as “a sweet perfume” (2 Cor. 2:14). There are all kinds of smells, many of which are unpleasant, irritating, or even nauseating. But the smell of Christ is “sweet”: it attracts; it suggests tenderness and love, and invites intimacy. In 2 Corinthians 3:3 the apostle uses another image and compares the true followers of Christ with letters“written not with pen and ink, but with the Spirit of the living God.” Christians can make a difference, because they are different. Their lives are like open letters that tell of Christ; their words and deeds smell of Jesus.

These special characteristics may be further defined as “service-oriented.” Human nature generally wants to impress and score results by bossing other people around, or at least by clearly showing what we are capable of and why we should be respected. During His last journey to Jerusalem Christ explained to His disciples that these methods of the world are not His way (Mark 10:32-45). James and John were clearly still infected by the virus of self- importance and the unholy ambition to come first and to be in charge. Jesus explained that in His kingdom other principles are at work. There, service is the key to significance.

The Mustard Seed Principle
We may now return to the questions I posed at the beginning of this article. How can I make a difference? How can my church make a difference? How can my church be a growing church and exert a moral influence in my community? The answer is: Only if we have the right priorities. Only if we smell of Christ and if our lives are like open letters in which people can read about the love of Christ. And only if we have learned what it means to serve.

So, do we want to be a growing church? Then we must be a serving church. Do I want to be successful in my Christian witness? I can make an impact on people, and draw them to Christ, only if my life is an open letter that tells those I meet about what He has done for me.  People around me will be interested in my message only if they recognize that I—the bearer of that message—have been with Christ and carry the fragrance of Jesus.

One closing thought: the mustard seed principle. Making a difference in a Christlike manner may well happen on a smaller scale than we have in mind. We may look forward to results that involve large numbers of people and impact entire congregations. But things may take a while. Remember the famous parable of the mustard seed? Jesus said: “The Kingdom of Heaven is like a mustard seed planted in a field. It is the smallest of all seeds, but it becomes the largest of garden plants; it grows into a tree, and birds come and make nests in its branches” (Matt. 13:31, 32). Eventually the difference Christians can make, individually and collectively, is enormous. But we should not be perturbed if it starts small and almost imperceptibly. Therefore, we would do well to rephrase our question How can I make a difference? as How can I make today, or during this week, this month, this year, a difference in the life of at least one person? How can my church make a difference in my community by getting involved in at least one community project? Making a difference is, after all, not a matter of quantity, volume, and size. It is a matter of being truly different and showing it. Ellen White was ever so right when she wrote these oft-quoted words: “The strongest argument in favor of the gospel is a loving and lovable Christian.”3 That makes the difference!

_____________
Reinder Bruinsma, a native of the Netherlands, has interrupted his retirement to serve as the president of the Belgian-Luxembourg Conference of Seventh-day Adventists. This article was published January 26, 2012.