A January 11 attack on a New Jersey synagogue--the fourth such incident in a month--is being investigated as an attempted murder and a bias crime, leading to increased concern and security measures from Jewish leaders and law enforcement officials.

Though Molinelli said there was no evidence yet linking Wednesday's firebombing to three prior incidents in Paramus, Maywood and Hackensack, Molinelli did not rule out that the four events were connected.

Several synagogue leaders said they would re-examine security in the wake of the attacks, including meeting with law enforcement and elected officials to address security issues at Jewish institutions.

Rabbi Jordan Millstein of Temple Sinai of Bergen County in Tenafly, N.J., said the community will not be intimidated.

"We are not afraid," he said. "There are people who have disturbed ideas about Jews and Judaism, but we don't think this is something that is widespread.

"There's a concern whenever people are attacked for their faith -- it's so against what we believe in as Americans. I hope everyone is upset about this," he said.

On Jan. 3, a suspicious fire was set at Congregation K'hal Adath Jeshurun in Paramus. Authorities said an accelerant was used to start the fire in the rear of the building.

In December, anti-Semitic graffiti was spray-painted at the Reconstructionist Temple Beth Israel in Maywood and Temple Beth El in Hackensack -- which are about a mile apart.

The FBI has been monitoring all the attacks since last month, according to Michael B. Ward, the special agent in charge of the Newark field office. 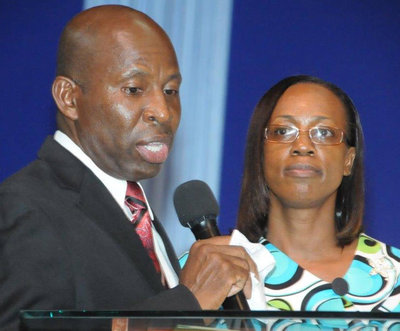