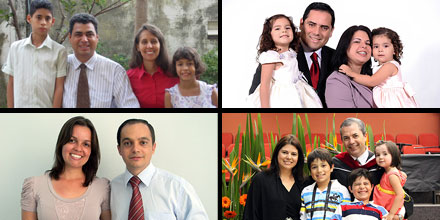 After a century of incoming workers, South Americans “go forth” to new fields.

Church officials said the move is a milestone, after the region has received help for more than a century.

“They’ve turned the corner,” said Homer Trecartin, president of the Greater Middle East Union Mission and former world church undersecretary. “Many years ago people from other parts of the world risked their lives and some gave their lives to help the people of South America. Now they feel it’s their time to do the same for other parts of the world, starting with four of their best pastors.”

The South American Division will lend four incoming interdivision employee (IDE) budgets to fund the pastors serving in the Middle East. The division will reassess the program after three years.

For the pastors and their families, the move is even more of a change.

Suddenly clothes, furniture, and personal objects no longer have much value, and there’s nothing left to do but to sell them. End-of-year visits to relatives have a different meaning.

Samir Costa, Tomaz AJ, Matson Santana, and Giovan Monteiro were selected to serve as IDEs, starting in the second quarter of 2012, in countries of the region known as the 10/40 window, the region of the world with the lowest presence of Christians.

The four pastors accepted an invitation made by the South American Division, in response to an appeal from the General Conference of Seventh-day Adventists to send more missionaries to countries where they will establish a new kind of relationship with people of other religions.

At the November 2011 South American Division’s year-end meetings Trecartin announced the launch of a project to establish more than 20 centers of influence in the Arab world and other places with low Christian presence. The idea is to portray practical Christianity.

One of the first attitudes of the missionaries, when they heard of the approval of the call, was to seek as much information as they could about the regions that will be their residence for at least the next three years.

Tomaz AJ, 29, from São Paulo, a pastor for three years, spends much of his time with his wife, Evelyn, searching the Internet for information, photos, and every fact about Yemen, where he will serve.

Tomaz will exchange the pastoral district of Bernardino de Campos, in the countryside of São Paulo, for the city of Sana, Yemen’s capital, where, according to him, “the soil is fertile, and the rains are quite regular.” Until they relocate to Yemen, the pastor and his wife, who speak fluent English, will undergo intensive Arabic language studies.

Another important ingredient in their evaluation is prayer. Despite being happy with the opportunity, Tomaz admits that he needs God’s help in order to fulfill this mission in a distant and unknown country. ADRA, the Adventist Development and Relief Agency, has been working in Yemen since 1995 with social projects.

Also searching information about their future residence is Giovan Monteiro, from Minas Gerais. He graduated with a degree in theology in 1998 and is a recent graduate of law school. Married and the father of three children, Monteiro accepted the challenge of being a missionary in Sudan, the African country known for its tribal wars and its extreme poverty. Currently pastor of the district of Floresta, in Porto Alegre, in southern Brazil, he is preparing himself to arrive in Khartoum, capital of the republic of the Sudan, which recently separated from the area known as South Sudan.

Cairo, Egypt, a metropolis with more than 15 million people and known for its historical and cultural background, will be the new home of Matson Santana, a 37-year-old married pastor, born in Brasilia.

With 14 years of work for the Adventist Church, Matson experienced the work with special ministries, including Brazil’s indigenous peoples, as well as those who are deaf. His last assignment was in the coordination of  Native American ministries, together with the natives of Tocantins, Mato Grosso, and Mato Grosso do Sul, in central-western Brazil. Santana is optimistic about the call and is preparing himself for serving abroad.

“We are preparing for our first day in Egypt. What comes next we do not know,” he says.

Cairo is a strategic center of the Arab world, a city that now lives in transition from a military government to one hoped to be more democratic than previous regimes. In the Egyptian capital there are about 200 Adventists, one educational institution, and two formal congregations. Santana highlights the importance of respecting local culture and feels satisfied in being able to take part in a contextualized work that will guarantee him a unique ministry experience.

Samir Cosa, 31 years old, who was born in Londrina, Paraná, arrived three months ago at São Luiz Adventist Academy, in Maranhão, but  will soon be moving again. This time he is going to Nicosia, capital of Cyprus, a territory member of the European Union, which has been the reason for a long-running dispute between Greece and Turkey. “It is a privilege, but at the same time I feel unworthy of that call,” admits the young pastor. Costa and his family will work with centers of influence in the northern part of Cyprus, with mostly Turkish and Islamic inhabitants.

Before traveling to their new missionary destinations, the four pastors and their families are going through a period of approximately one month of training and receiving specific guidelines at an Adventist training center in Thailand. According to Erton Köhler, leader of the Adventist  Church in South America, the initiative to emphasize the sending of missionaries to places like the 10/40 window is beneficial for both sides.

“The missionaries gain with the cultural and spiritual experience, and the church gains when they return and strengthen the concept of a broader vision of our mission,” Köhler said. 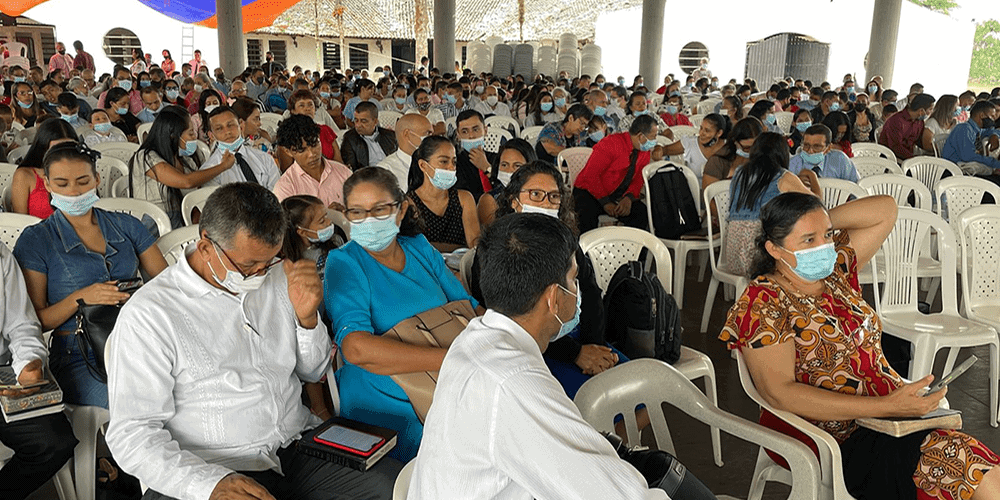