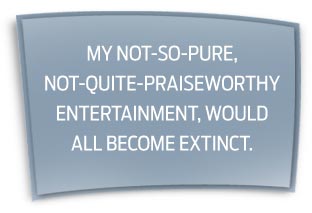 BY MICHAEL DANTFor most of my Christian experience I fell into the category of the thorny soil described by Christ in His parable of the sower (Matt. 13:3-23; Mark 4:3-25; Luke 8:5-18). God was sort of welcome in my life, but, as with the thorny soil, His influence was “choked” with life’s worries, pleasures, and riches. Not that I welcomed the thorns. In fact, I fought them continually, pleading with God to give me victory over my bad choices. At times I would make some progress, but inevitably I would lose the battle. My resolutions were as “ropes of sand.”1

Good Christian friends offered helpful advice that I had no clue how to implement: “Mike, you’re trying too hard. Give the battle to the Lord; He will fight it for you.” I was powerless to resist the devil, and though I tried giving God the battle, earnestly pleading with Him for victory, victory never came. What I actually needed was a change of soil that made it impossible for the thorns of worldliness to survive. I needed to become halophilic.

Halophilic Plants
Ninety-eight percent of all plants on this planet will die if placed in salt water. The salt is poison to them. If rising seawater infiltrates their soil, they quickly shrivel up and disappear. There are other plants, however, called halophytes (literally “salt plants”), that thrive in a salty environment. Spiritually speaking, I needed that salty soil that would kill the worldly plants and attract the salt-loving halophytes of love, joy, peace, patience, and self-control to grow in my heart (Gal. 5:22, 23).

But was I ready for this radical life transformation? The soil of my heart would never be the same again. My cherished old flora would perish. My oh-so-tasty indulgences, my unkind thoughts about others, my not-so-pure, not-quite-praiseworthy entertainment, would all become extinct. No form of worldliness survives in God-salted soil.

Elisha at Jericho illustrates the point. The city is well located, “but the water is bad and the land is unfruitful.” Elisha sympathizes: “Bring me a new jar, and put salt in it.” Throwing salt into the spring that supplies the fields, he explains, “Thus says the Lord, ‘I have purified these waters; there shall not be from there death or unfruitfulness any longer’ ” (2 Kings 2:19-21).2

Becoming a Halophilic Christian
I used to be a good Laodicean Christian. I didn’t smoke, drink, or do drugs. I had a good job, a wonderful family, and good health. But like Jericho I was “unfruitful.” Prayer and devotional Bible study were difficult for me, and I consistently failed to overcome besetting sins. Until that point when, after much persistence on God’s part, I finally became ready and willing to live the halophilic life. I told God that I was willing to let Him immerse me in the spiritual salt-life. I knew the consequences of that decision, but I decided that it was high time to be rid of every hindrance and to have a heart and mind that were conducive to the growth of godliness. God enabled my hard-fought choice, and immersed me in His Spirit. My life has never been the same since. God has taken away my besetting sins, radically improved my prayer and devotional  experience, and given me joy as I’ve never known before.

Two Crucial Steps
“Mike,” you may ask, “how can the soil in my heart be transformed so that it becomes poisonous to worldly thoughts and habits, while at the same time becoming a place where God’s good things thrive?” Let me remind you that this radical change is God’s miraculous working. The first step, however, is to recognize our need, not all that simple when we note Jesus’ warning about end-time Christianity’s problem of self-deception. Self-defined as rich and in need of nothing, we are in reality “wretched, . . . blind and naked” (Rev. 3:17).

After recognizing our need, we must unceasingly beseech God until He accomplishes the transformation. The radical nature of the change demands importunity. Obviously God does not need to be convinced to transform us. But we must want it badly enough. Prayer helps amazingly. Our desire increases as we constantly petition God. Eventually that desire to let God transform us overwhelms any desire to stagnate in old habits and pleasures. Then wonderful things begin to happen.

Abimelech’s behavior at Shechem gives a limited illustration of how God fights both for and against us. After capturing the city “he razed . . . [it] and sowed it with salt” (Judges 9:45). Spiritually, we need very much the same treatment. Our hearts must be captured by the King, self must be put to death, and God must sow our hearts and minds with salt. When we give God permission to win this battle, He is victorious. He then empties us of ourselves, fills us with Himself, and infuses every fiber of our being with the salt of His love. Pickled in His Spirit, we are purified and preserved for heaven. The old plants of self are dead, and we are reborn into the Spirit life. Our new soil is hostile to worldly interests and aspirations, but it bursts forth with God’s good things and the Spirit’s lavish fruits.

An Absolute Necessity
None can afford to refuse that total consecration. For after all, how can we be the “salt of the earth” if we ourselves are not immersed in the salt life? And it is only when we commit every choice to God that the spiritual salt-life can occur. Only when we allow the all-powerful Christ to live in us (Gal. 2:20), as we get out of His way and choose His choices, can He accomplish all the wonderful things that He longs to do in us and through us to others.

Spiritual halophytes come about through our life-changing choice and God’s transforming miracle. Sadly, not every so-called follower of Christ is willing to make that radical decision. Some have but a “form of godliness” but deny its power (2 Tim. 3:5). We call these “facultative halophytes.” Plants so labeled live in salty environments without being salt-loving. Rather than thriving on salt, they merely tolerate, or simply avoid it. Some actually maintain their normal internal salt levels by excreting excess salt before it can be absorbed into their systems. These facultative halophytes are a warning to us. We can be immersed in the salt-saturated spiritual environment but excreting the Spirit’s influence rather than having Him infiltrate every fiber of our being.

This brackish, salt-tolerant condition is Laodicea’s experience. Our brackish Christianity is only partly committed. But God calls us today to the radical commitment that fully saturates us with His presence. We can love Him with every corner of our hearts and minds, and, by His grace, enjoy constant victory over bad choices, self, and sin. We can thrive in the presence of God. It means a life-altering decision, perhaps the most difficult decision that we will ever be called upon to make. But it is a choice that by God’s grace we can make, and must make, if we are to enjoy a saving and victorious love-relationship with Him.