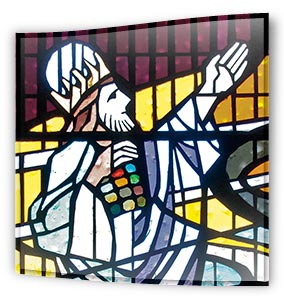 On October 12, 2010, the world held its collective breath as a daring rescue operation reached its climax. Sixty-nine days earlier 33 men had been trapped more than 2,000 feet (610 meters) underground in a massive rock slide at the gold and copper mine where they worked in Chile. For weeks rescue workers drilled an emergency shaft ever closer to the entrapped miners, and a 28-inch-wide rescue capsule was readied. Now the shaft had reached the miners. Would the plan work?

The story of the miners and the rescue attempt galvanized the attention of people everywhere. Television crews from more than 200 nations, including North Korea, had gathered at the site. Chilean president Sebastián Piñera waited to greet the men as they emerged from their hot, foul dungeon.

Just after midnight expectation turned to jubilation as the escape capsule brought the first miner to the surface. Lights flashed, bands played the Chilean national anthem, hugs were exchanged, tears of joy flowed. During the course of the next 21 hours more and more men surfaced until all 33 had been restored to spouses and friends.

It was a wonderful moment, a brief respite from the bad news that the media usually carries. And yet it was nothing compared to the day all heaven held its breath. Long ago the fate of not just 33 people but the whole world hung in the balance. We too were trapped, doomed in a foul pit of sin without any way of escape and without hope. But the Son of God, boring His way through the hard rock of despair, launched a daring rescue mission. As His work reached its climax and He faced the agony of Gethsemane and the shame of Calvary, the universe looked on in amazement and apprehension.

Wrote Ellen White: “The worlds unfallen and the heavenly angels had watched with intense interest as the conflict drew to its close. Satan and his confederacy of evil, the legions of apostasy, watched intently this great crisis in the work of redemption. The powers of good and evil waited to see what answer would come to Christ’s thrice-repeated prayer. Angels had longed to bring relief to the divine sufferer, but this might not be. No way of escape was found for the Son of God. In this awful crisis, when everything was at stake, when the mysterious cup trembled in the hand of the sufferer, the heavens opened, a light shone forth amid the stormy darkness of the crisis hour, and the mighty angel who stands in God’s presence, occupying the position from which Satan fell, came to the side of Christ” (The Desire of Ages, p. 693).

The One and Only
Oh, what a Savior is Jesus! Because He became genuinely human, taking our flesh and blood, He became our great high priest, the mediator between God and man. He is the God-man, bridging in Himself the chasm between heaven and earth that the fall of our first parents had brought about.

The earthly sanctuary had pointed to Him. Its services centered in sacrifice and priest. The blood of lambs, goats, bulls, and oxen, offered by the penitent sinner, foreshadowed Jesus, the Lamb of God, who would take away the sin of the world. And the ministry of the priest—especially the high priest, who alone was permitted to enter the Most Holy Place on one day of the year, the Day of Atonement—looked ahead to the greater ministry of the God-man in the heavenly sanctuary.

“For there is one God and one mediator between God and men, the man Christ Jesus,” wrote the apostle Paul (1 Tim. 2:5). “For this reason Christ is the mediator of a new covenant, that those who are called may receive the promised eternal inheritance—now that he has died as a ransom to set them free from the sins committed under the first covenant” (Heb. 9:15).

We do not need to confess our sins to a mere human being who claims to function as a go-between for us, taking our supplications to God. No! “We have one who speaks to the Father in our defense—Jesus Christ, the Righteous One. He is the atoning sacrifice for our sins, and not only for ours but also for the sins of the whole world” (1 John 2:1, 2).

Our Mediator in heaven is Someone who understands our struggles. He has been there, done that. He has suffered and been tempted. He has felt the pain of sorrow, the sting of rejection. Anything and everything that may befall us—He has already experienced it.

In a marvelous exposition the book of Hebrews develops the truth of Jesus as our great high priest. In the first chapter it shows that He is truly God, superior to the angels. “The Son is the radiance of God’s glory and the exact representation of his being, sustaining all things by his powerful word.” “But about the Son he says, ‘Your throne, O God, will last for ever and ever’ ” (Heb. 1:3, 8).

The Wonderful Implications
Let the glorious truth sink into our beings: In coming to Jesus, we come to God. Jesus isn’t a stage on the road between heaven and earth; He is God. All that God is, Jesus is; always has been, always will be. “In the beginning was the Word, and the Word was with God, and the Word was God” (John 1:1).

Jesus loves us so much that He calls us His friends (John 15:14, 15), just as Abraham in the Old Testament was called the “friend” of God (2 Chron. 20:7). We can come into precious fellowship with Him, but let us never forget who He is—God! In our prayers, in our songs, in all our talk about Jesus, never should we treat Him as a “buddy,” just like us.

Back to the book of Hebrews: just as chapter 1 argues that Jesus is truly God, so chapter 2 portrays Him as truly man. “Since the children have flesh and blood, he too shared in their humanity so that by his death he might destroy him who holds the power of death—that is, the devil—and free those who all their lives were held in slavery by their fear of death” (Heb. 2:14, 15).

Here it is again—the great rescue mission. Jesus didn’t send someone else, He came Himself because no one else could do the job. He became one with us, entered into the ultimate horror from which we all shrink—death. He entered the realm of death and destroyed its power, broke its fear. He rose from the dead, leaving the tomb empty!

Truly God, truly man—Jesus is the God-man, completely unique in the universe. And so He became our high priest, serving in the courts above: “For this reason he had to be made like his brothers in every way, in order that he might become a merciful and faithful high priest in service to God, and that he might make atonement for the sins of the people” (verse 17).

Throughout human history and still today, men and women have felt the need for priests. Conscious of their unworthiness, they have reached out to other humans whom they regard as close to God and therefore able to present their prayers and other needs in a manner that God will accept. In reality, however, there has been, and is, only one real Priest, the God-man, who in His own person brings us into the presence of God. All others were but shadow priests. They themselves stood, and stand, in need of the Mediator, Jesus Christ. That is why even the high priest in the earthly sanctuary had “to offer sacrifices for his own sins, as well as for the sins of the people” (Heb. 5:3).

The teaching of Jesus as our great high priest in the heavenly sanctuary is a precious truth given to Seventh-day Adventists to share with the world. In essence it gives us assurance in four vital areas:

1. The reality of our hope. For many Christians today, heaven has faded as a real place. Even some ministers no longer believe in life after death; they hold that immortality consists in the life of our children and grandchildren. But Jesus’ ongoing ministry makes certain that heaven is real and that He will come again to receive us unto Himself. “The point of what we are saying is this: We do have such a high priest, who sat down at the right hand of the throne of the Majesty in heaven, and who serves in the sanctuary, the true tabernacle set up by the Lord, not by man” (Heb. 8:1, 2).

2. The reality of forgiveness. No matter what our feelings may suggest, we have a Mediator who “always lives to intercede” for us (Heb. 7:25). Feelings are fickle, but not Jesus. Though all others prove unreliable, “He will remain faithful, for he cannot disown himself” ?(2 Tim. 2:13).

3. Heaven is a welcoming place. We belong: we don’t come cringing, hat in hand. Jesus is there for us; He makes us welcome. “Therefore, since we have a great high priest who has gone through the heavens, Jesus the Son of God, let us hold firmly to the faith we profess. For we do not have a high priest who is unable to sympathize with our weaknesses, but we have one who has been tempted in every way, just as we are—yet was without sin. Let us then approach the throne of grace with confidence, so that we may receive mercy and find grace to help us in our time of need” (Heb. 4:14-16).

4. The sanctuary is a place of power. Jesus not only understands and sympathizes with us in our struggles; He gives us overcoming power: “Because he himself suffered when he was tempted, he is able to help those who are being tempted” (Heb. 2:18).

Dear friend, do you know that you have a Mediator, one who stands up for you in the heavenly courts? No matter what your past life may have been, no matter how far you may have wandered from God’s holy purpose for your life, He accepts you. You are His son, His daughter. Come to Him and lay all your cares before Him; He will take them and grant you His peace.

During a testimony meeting at the close of a recent meeting of Adventist Church leaders, an administrator told a gripping personal story. Seven months prior he and his wife had alighted from a plane in Los Angeles, California. As they made their way to the car rental desk, he suddenly experienced terrible pain in his chest. The major artery of his heart was totally blocked; he was about to die. His wife, a registered nurse, desperately called out to see if anyone had aspirin available. Fortunately, one of the attendants had put an aspirin tablet in his pocket that morning, and he gave it to her. Even so, the pastor’s heart stopped beating; his wife performed CPR and brought him back to life.

“Do you know what it’s like to die?” he asked his transfixed audience. As he hung between life and death, all he could think was:

“Nothing in my hand I bring,?
Simply to the cross I cling”
(Augustus M. Toplady).

If I don’t live to see Jesus returning in the clouds, if I must enter the cold waters of death, may my last thought be the same. Jesus, only Jesus; He is all we have in this life; He will be all we want in the life to come. He is our Savior, Lord, Friend, Coming King—and Mediator.