The Crystal Cathedral, which has put its iconic campus up for sale to end a bankruptcy crisis, has an interested party that needs a large cathedral: the Roman Catholic Diocese of Orange, California.

The diocese -- the nation's 11th largest -- does not have its own cathedral but has studied the option to build one in nearby Santa Ana, California.

While that study is ongoing, "it is prudent to evaluate the opportunity to engage in the pending auction of this property and to mitigate the chance that it cease to function as a place of worship, if acquired by others," said Orange Bishop Tod Brown in a July 6 statement.

Marc Winthrop, the lawyer representing the Crystal Cathedral in its bankruptcy case, told the Orange County Register that inquiries from various parties are coming in daily.

"The diocese would obviously buy the property to use it for themselves, which will be a big impediment as far as the Crystal Cathedral is concerned," he told the newspaper.

Other prospective buyers--including a development company and nearby Chapman University--plan to offer the cathedral a leaseback program that would allow it to continue worship services in the renowned glass-walled edifice.

In recent years, the church has been mired in family, leadership and financial problems. It owed $7.5 million to creditors when it filed for bankruptcy protection last October. On Monday, it announced that founder Robert H. Schuller had been removed from a voting position on its board. 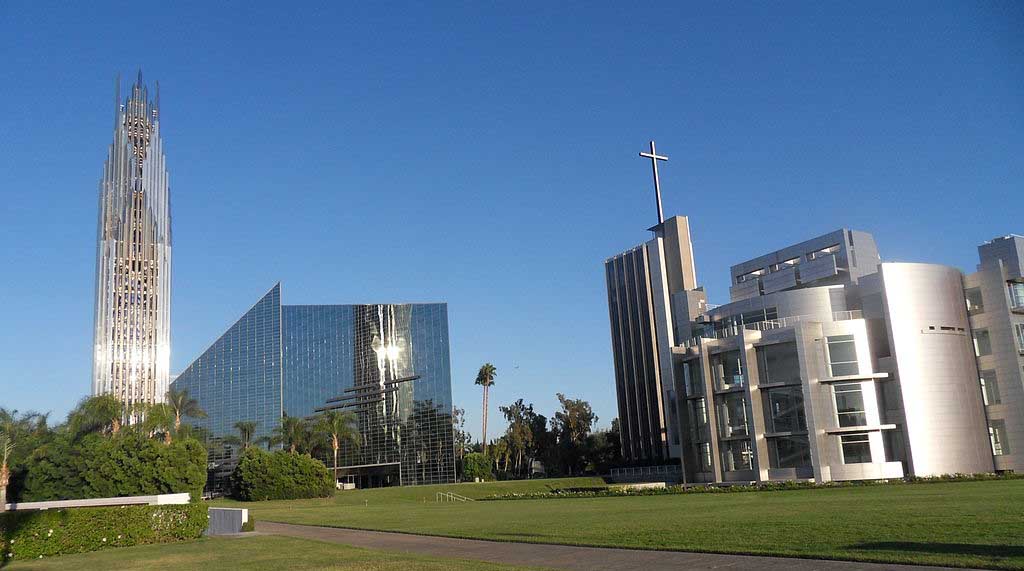