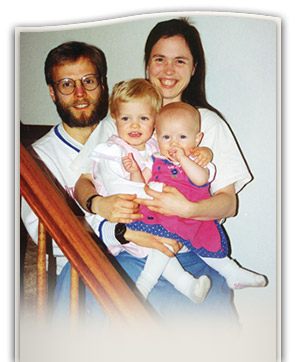 I love Jesus, and I believe the Bible—but this is a problem.
“That’s not a problem,” others who also love Jesus and believe the Bible might say. “That’s a good thing.” Well, hear me out.
In Matthew 24 and other places in Scripture we read about all sorts of signs that will be seen before the second advent of Jesus. So when we look around today, what do we see? We see those same signs: wars, famines, selfishness, violence, sexual promiscuity, earthquakes, addictions, and others.1
All these are signs of the times—signs of our times. Most are signs that Jesus said we should expect just prior to His second advent. Yet there is one sign—the sharing of the good news of salvation—that we can help to fulfill: “And this gospel of the kingdom will be preached in all the world as a witness to all the nations, and then the end will come” (Matt. 24:14, NKJV).2

THE JOLLYS: The Jollys: Brad and Cathy Jolly were the only Adventists in Mongolia when they first went there in 1991. This picture of the Jolly family was taken in the 1990s.

So, here’s my problem: this is a paradox for the church. The “groaning” of the earth and the accompanying signs boldly proclaim the nearness of the coming of Jesus. Yet there are still literally billions of people who have not yet had an opportunity to hear the everlasting gospel. Jesus said these people must have a chance to hear before He returns. These are such people as . .

A Muslim in Europe

Yusuf (not his real name) was born to a Muslim family in a former Communist country that denied the existence of God even in its constitution. Sean and Brenda Mays, missionaries serving with Adventist Frontier Missions (AFM), befriended Yusuf and his family. They demonstrated respect and trust in their friend, and he opened his heart and his home to the foreigners. When Yusuf’s father, an imam (worship leader) at the local mosque, lay dying, Sean was asked to pray. God answered his prayer, not by physically healing the man, but by giving him peace as he went to his final rest on this earth. Yusuf was amazed and began a journey of trust toward the God of the Bible.
In time Yusuf and his family began studying the Bible with Sean and his family. As they came to know Jesus and His transforming power, Yusuf, his wife, Aishah (not her real name), and their two children committed their lives to Christ in baptism. Recently Yusuf remodeled his home, converting their guest room and hallway into a house of worship. It is now the most beautiful room in the home, dedicated to the God they have come to know and love.
AFM exists to hasten the coming of Jesus and to provide these unreached people with an opportunity to know Christ. Its vision is radical. Timid measures are unacceptable. AFM missionaries and office staff believe that the coming of the Savior is imminent, yet the billions of people still unreached must hear about the Second Advent before Jesus returns. And when they do hear, many will respond. People such as . . .
A Hindu Idolater
Ram is a Hindu living in India. For many years he had been a pujari—someone who spent hours every day worshipping idols. When doctors informed him that he had a hole in his heart, Ram was unable to afford corrective surgery. In vain he sought help from the deities he worshipped. Then he heard that “God Jesus” heals people, so he came to a church where AFM missionaries were sharing the gospel. The first time Ram visited the church he prayed that Jesus would heal his heart. Jesus answered his prayer. Not only was the hole in his physical heart healed after that one prayer, but over time Ram’s whole heart, mind, and life were healed spiritually. Eventually he was baptized, and when he came up out of the water, Ram—which is the name of a Hindu deity—requested that his name be changed to Matthew, because his life had been transformed by meeting Jesus. 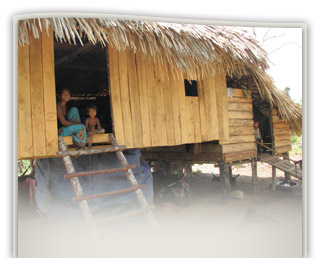 A HOME IN THAILAND: AFM missionaries are sharing the gospel message with families in numerous world regions such as rural Thailand, the location of the home shown here.

What Is AFM?
Founded in 1985 and headquartered in Berrien Springs, Michigan, United States, Adventist Frontier Missions seeks to establish indigenous Seventh-day Adventist churches among people groups and regions where the church does not presently exist and where social, cultural, or financial barriers prevent neighboring local Adventists (if any are present) from taking the gospel to them. Working in cooperation with the General Conference of Seventh-day Adventists, AFM recruits, trains, and sends cross-cultural missionaries to reach people who might otherwise never learn of Jesus.
Most of these people are found in an area referred to as the 10/40 window.3 This part of the world truly is the last great frontier for the gospel. Consider that:

• 4.4 billion people—almost two thirds of the world’s population—live in this area.
• this area is home to most of the adherents of Islam, Hinduism, and Buddhism.
• the vast majority of the people living in this region are unevangelized.4
The unevangelized come from different cultures and have varied worldviews. People such as . . .
An African Muslim
Fatima (not her real name) found herself abandoned. A single Muslim woman alone in a foreign land where she had come to study, she finally tracked down distant relatives who were serving as lay workers with Marc and Cathy Coleman, AFM missionaries in West Africa. Despite her rather coarse deportment, Fatima was welcomed into their home and accepted as a part of the family.
After several years she had the opportunity to return to her birth home to visit her parents. The contrast she now noted between the environment of her birth family and the warmth of the church family helped her to choose to follow Jesus. At her baptism she declared, “I was a Muslim. This decision may cost me much, but I must follow Jesus. You [the Adventist Church family] have become my family.”
The members of Christ’s family on earth want to see Him soon. To prepare for His return, we can focus our energies and our resources on those who have never heard His message of hope and love. Consider that:
• ?more than 2 billion people worldwide have not had the opportunity to hear the gospel message.
• ?out of every dollar of Christian mission offerings, only one half of one percent goes toward reaching the unreached.5
AFM is pioneering new frontiers in mission work. God is also using other organizations to focus on the needs of the unreached, such as Global Mission, headquartered at the General Conference in Silver Spring, Maryland. But so much more needs to be done.
AFM provides a way for any church member to directly and personally participate in frontier missions—as a missionary, a prayer partner, or a donor. All have an important role to play in carrying the everlasting gospel “to every nation, tribe, language, and people” (Rev. 14:6). Such people as . . .
Seventh-day Adventist Christians
Brad and Cathy Jolly traveled to Mongolia in 1991 to share the gospel where there was not a single Seventh-day Adventist. Two years later, through the ministry of the Jollys and Joanne Park, also an AFM missionary serving in Mongolia, Seventh-day Adventist believers were baptized in this previously unreached country. In November 1997 the first Mongolian Seventh-day Adventist church was established, with 26 charter members.
Consistent with AFM’s commitment to partner with the world church, the work in Mongolia was turned over to the General Conference. Today seven ordained ministers shepherd more than 1,400 believers in four churches and 15 companies.
As you already may have noted, the problem I mentioned previously is not really a problem at all. Instead, it’s a challenge. It’s an opportunity for every Seventh-day Adventist Christian to participate in hastening the coming of Jesus by intentionally making a decision to support the work of taking the gospel message to people who have never heard it. Go! Pray! Give! Because this really is about people. People such as . . .
An Animist in Papua New Guinea
AFM missionary Dale Goodson visited an elderly man living deep in the jungles of Papua New Guinea. The man had no written language, couldn’t count, and had no concept of history other than the knowledge of his ancestors and their traditions. 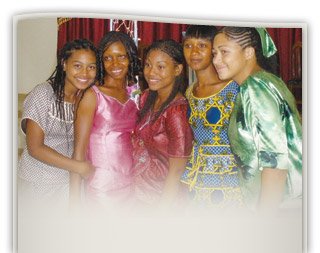 As Dale struggled to think of a way to explain the biblical account of history, the love of Jesus, the plan of salvation, and the soon return of Christ, his eyes came to rest on the rough floorboards of the man’s hut. Pointing to one of the boards, he said, “This is you, and the board next to it is your parents. The next board is your grandparents.” Continuing the floorboard analogy, he told him it would take most of the floorboards in the village to count the generations back to Creation. He then told the story of humanity’s fall and God’s promise of salvation. He briefly recounted the plan of redemption and concluded by saying, “Here we are in the last board before Christ’s return.”

The man began to weep inconsolably, deep sobs shaking his whole body. Finally, as the man regained his composure, Dale asked him what was wrong. He replied, “Here we are in the last generation, and my people do not know. We are the last to know. Why has no one told us this before?”
Click here to learn more about Adventist Frontier Mission and Global Mission.
_________
1 Matt. 24:6, 7, 12; 2 Tim. 3:1-5.
2 Texts credited to NKJV are from the New King James Version. Copyright © 1979, 1980, 1982 by Thomas Nelson, Inc. Used by permission. All rights reserved.
3 The 10/40 window is a geographic rectangle located between 10 and 40 degrees north of the equator and extends from West Africa, through the Middle East, and into Asia.
4 http://home.snu.edu/~hculbert/1040.htm.
5 http://home.snu.edu/~hculbert/world.htm.
_________________
John Baxter is a former missionary among people in the 10/40 window, and also served as a Bible instructor in North India. Currently he is AFM’s director of recruiting. This article was published April 14, 2011.
Advertisement
Advertisement