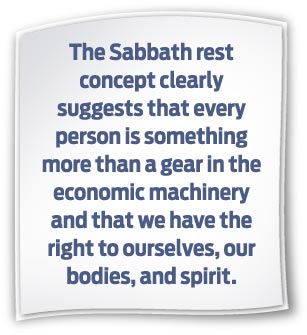 It was Friday, and my family and I were arriving at Los Angeles (in Chile!) to enjoy a much-needed vacation. Like the previous summers, we wanted to dedicate our vacation to making progress with the construction of our house.
The next day we went to a major building supply wholesaler to buy some construction supplies. We did not know that we had to make an appointment in advance. To our surprise, we were not allowed to enter the building. After many phone calls we managed to set up an appointment for the next day. We were warned that we had to bring safety shoes to enter the premises. We got a pair of shoes for the truck driver who would pick up the boards and other supplies. I was allowed to enter the big depot to pay with a check. However, I could not get off the truck since I did not have safety shoes. I handed the check for my purchases to an employee who wore a helmet, reflective vest, and safety shoes. There I was, sitting in the truck’s cab with the door open, watching the floor as if it were lunar soil, unable to descend. Everything was justified by important reasons. The sign at the entrance of the depot said: “We have 14 days without accidents.” Could that be an overstatement? I wondered. With all the technological progress, can we say that our existence has become more human? Will technology and caution push us to forget the value of a person?
Humanism—Old and New
Needless to say, many companies are moving away from a bottom-down leadership style to one that is more focused on the particular requirements of a given project. We realize that today’s businesses have to be more flexible, including their dealings with their employees.