Lift Up the Trumpet 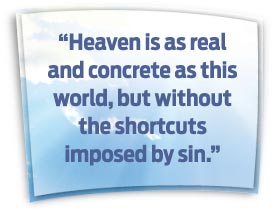 BY ALBERTO R. TIMMThe following article was part of a presentation, celebrating the 150th anniversary of the naming of the Seventh-day Adventist Church, held at the opening of the Annual Council meetings in Silver Spring, Maryland, on October 8, 2010. Elements of the oral presentation have been preserved.—Editors.

Iwas traveling by taxi from one of our Adventist universities to the airport, ready to begin my journey home. During our pleasant conversation I asked the taxi driver how much he knew about Seventh-day Adventists. He told me he was well acquainted with them and that he even received Bible studies from one of the university’s theology professors. When I asked whether he liked the studies, he explained they had been very insightful. But after studying about “a new heaven and a new earth” (Rev. 21:1),1 he questioned the leader of his own denomination about the heavenly city with real buildings, streets of gold, a river, and many trees. The priest stated that such concepts were just illusions; that we have to enjoy this life, because there is no eternal life; and that we perpetuate ourselves only by generating children. My spontaneous reaction was, “If eternal life is assured just by generating children, then your priest, who holds for celibacy, at least at the official level, does not have eternal life whatsoever!”

If we would ever accept such naturalistic theology, we would have to rephrase some of our most-precious Adventist hymns. Instead of singing, “Lift up the trumpet,” we would have to “Lay down the trumpet”; instead of proclaiming, “We have this hope,” we would have to confess that “We are left without any hope”; and instead of singing, “Shall we gather at the river,” we would have to admit that “There is no final gathering of the saints.” But praise the Lord that there is no room in Scripture for any hopeless ideology. Matter of fact, we are even warned in 1 Corinthians 15:19 that “if only for this life we have hope in Christ, we are to be pitied more than all men” (NIV).2 And 2 Peter 3:13 adds that, in keeping with Christ’s promise, “we are looking forward to a new heaven and a new earth, the home of righteousness” (NIV).

By allowing the Bible to interpret itself and by taking seriously its prophetic element, one can see the doctrine of the personal and visible, premillennial second coming of Christ as the blessed hope of Scripture. Much could be said about this wonderful doctrine, but I want to highlight just a few thoughts about (1) its theological foundation, (2) its doctrinal significance, and (3) its missiological challenge.

Theological Foundation
The Adventist doctrine of the Second Coming is grounded on the biblical teachings about universal reality, human history, and divine intervention. Greek philosophers made a dichotomist distinction between this material and tangible world, on the one side, and the spiritual and immaterial existence after death, on the other side. But the Bible speaks about universal reality in wholistic terms. In other words, heaven is as real and concrete as this world, but without the shortcuts imposed by sin. The saints in heaven will still know each other personally (1 Cor. 13:12) and will even “see God” (Matt. 5:8; cf. 1 John 3:2; Rev. 22:3, 4). “And what is the happiness of heaven but to see God? What greater joy could come to the sinner saved by the grace of Christ than to look upon the face of God and know Him as Father?”3


While many philosophers consider history just as cyclical, the Bible speaks of it as a purposeful process that began with human beings departing from God and that will end with their eschatological reencounter with God. According to Ellen White, “in the word of God the curtain is drawn aside, and we behold, behind, above, and through all the play and counterplay of human interests and power and passions, the agencies of the all-merciful One, silently, patiently working out the counsels of His own will.”4

In contrast to the no-God of atheism and the unmovable-God of Greek philosophy, the Bible speaks of a personal God who intervenes in human history. He is the God who asked Adam, “Where are you?” (Gen. 3:9); who spoke to Moses, “And let them make Me a sanctuary, that I may dwell among them” (Ex. 25:8); who actually dwelt among us as Immanuel, “God with us” (Matt. 1:23); and who will soon appear “with the clouds of heaven” (Mark 14:62) as “King of kings and Lord of lords” (Rev. 19:16) for our eternal salvation.

Doctrinal Significance
A personal and visible second coming of Christ makes sense only for those who admit that not even the best human efforts can solve the deepest human problems related to sin and death. Although Christ was fully victorious over sin and death through His own death and resurrection, sin still degenerates our lives, our relationships, and the environment in which we live. We continue to carry our beloved ones to the cold graves where they have to remain in unconscious loneliness. But we are assured by the reliable “prophetic word” of God (2 Peter 1:19) that the rule of sin and death will come to an end when Christ comes again, and the perishable will be “clothed with the imperishable, and the mortal with immortality,” and death will be “swallowed up in victory” (1 Cor. 15:54, NIV). “And God will wipe away every tear from their eyes; there shall be no more death, nor sorrow, nor crying. There shall be no more pain, for the former things have passed away” (Rev. 21:4).

We should never forget that Seventh-day Adventism was raised by God as a prophetic movement within “the time of the end” (Dan. 8:17; see also verse 26) to prepare the world for the second coming of Christ. Under the expectation of His soon appearance, this movement has developed over the years a Christ-centered doctrinal system focused on what Christ did on the cross, what He is doing now in the heavenly sanctuary, and what He will still do at His second coming. With such a broad understanding of the person and work of Jesus Christ, Seventh-day Adventists should “be foremost in uplifting Christ before the world.”5 And with such wonderful expectation of the soon return of Christ, they should be the main heralds of hope to our perishing world.

Missiological Challenge
The hope of the Second Coming not only permeates the Adventist message and informs the Adventist lifestyle (see 1 John 3:1-3), but it also inspires Adventist mission. In fact, the Seventh-day Adventist Church is a mission-driven denomination, motivated by the promise of Matthew 24:14: “And this gospel of the kingdom shall be preached in all the world for a witness unto all nations; and then shall the end come” (KJV). According to the non-Adventist author Booton Herndon: “Surely no other twenty-five words [namely, Matt. 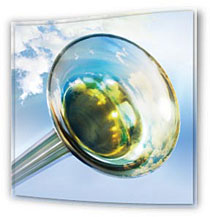 24:14] have had such a direct impact on so many of the world’s peoples. The Seventh-day Adventists accept this message literally. To them it means this: when every single living person in the world has been told the good news of the coming of Christ, then the world will end, Christ will come again, and the righteous shall live in happiness forever.”6

No human endeavor could have a more glorious goal, and to hasten that day when the last man on earth shall have been told the gospel, Seventh-day Adventists have gone forth into “all the world.”

What a glorious day it will be when the preaching of “the everlasting gospel” will be concluded, and we, together with the saints from “every nation, tribe, tongue, and people” (Rev. 14:6), “will see the King in His beauty” (Isa. 33:17)! There are no human words capable of describing what a blessing it will be to live forever with God, with the holy angels, with our beloved ones, and with the saints from all ages. I am inclined to think that even eternity will be almost too short for all conversations we would like to have with them and with the inhabitants of all other worlds of the vast universe of God!

Crunch Time
But our task is not yet over, and we are still on this earth. By calling ourselves “Adventists,” we claim to be inheritors of “the blessed hope and glorious appearing of our great God and Savior Jesus Christ” (Titus 2:13). This claim places us in line with a whole host of “prisoners of hope” (Zech. 9:12) who expected, throughout the centuries, the soon return of Jesus. Many of them went to the most remote places of the world to preach the Adventist message.7 Many General Conference sessions ended with a strong expectation that that could be the last session on this earth, and that the next one would be in heaven. All our Adventist pioneers and the following generations went to the grave without having the privilege of seeing the fulfillment of the promise (Heb. 11:39).

Now the torch of the Adventist hope is in our hands, and we dare not drop it. Instead of rephrasing our hymns of hope, we have to stand up and shout and sing, “We have this hope that burns within our hearts, hope in the coming of the Lord!” The blessed hope of Christ’s soon return has to be spread throughout the whole world “as the waters cover the sea” (Isa. 11:9). As heralds of hope, we have to fully dedicate our lives and our influence to this sacred cause. After all, in Ellen White’s words, “heaven is worth everything to us, and if we lose heaven we lose all.”8 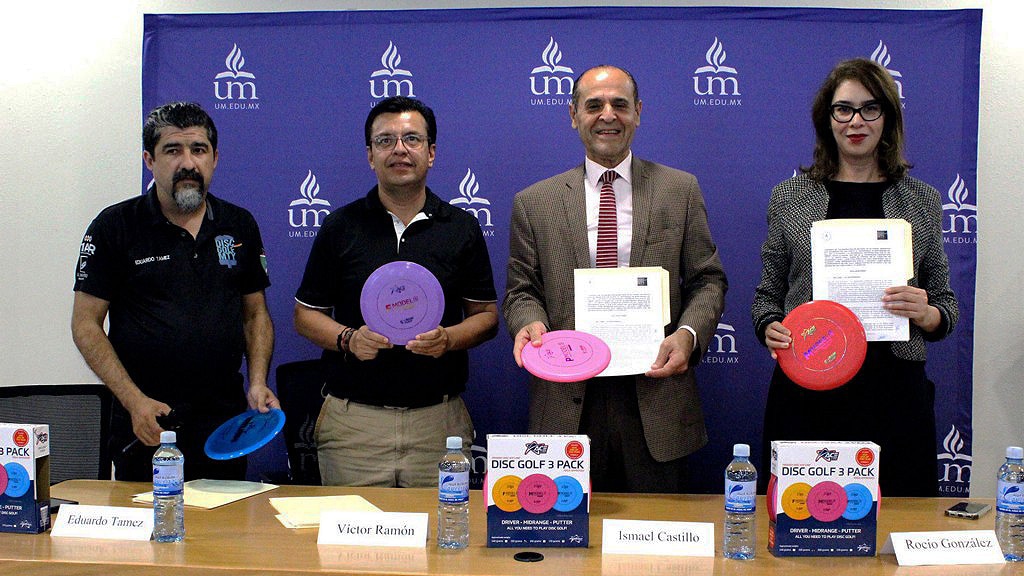