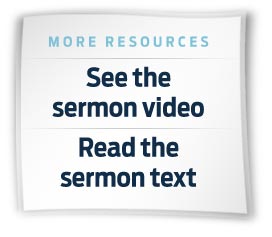 Wilson Exhorts Seventh-day Adventists: “Remember Your Name”
Focus on Revival, Reformation and Proclamation, GC President Says
BY MARK A. KELLNER,  News Editor, Adventist Review
As the Seventh-day Adventist Church celebrates the 150th anniversary of the adoption of its name by a then-nascent group of believers assembled in Battle Creek, Michigan, General Conference president Pastor Ted N.C. Wilson exhorted members to “remember your name,” by which the global movement is called.

“God knew that His remnant people needed a distinctive name that would identify them as those ‘who keep the commandments of God and have the testimony of Jesus,’ as indicated in Revelation 12:17,” Wilson told a packed General Conference Auditorium congregation on Sabbath, or Saturday, October 9. “The selection of the name ‘Seventh-day Adventist’ came after the pillars of our faith – our beliefs -- had been established through intensive study and consecrated prayer,” he added.

Wilson’s message, which also was broadcast globally on the church’s Hope Channel satellite service, was the keynote presentation of the Sabbath held during Annual Council, a global meeting of the world church’s executive committee at which major decisions are undertaken. Although the recently concluded 59th General Conference Session in Atlanta, Georgia, accomplished much of the church’s agenda, the Annual Council meetings are important discussions of church management and personnel issues.

Recapitulating the theme throughout his sermon, Wilson noted the unique significance and importance of the Seventh-day Adventist name.
He declared: “Every time you say it, you preach a sermon!”
Wilson added, “When you share with the public in writing or in speech, don’t just refer to yourself as an ‘Adventist’ or hide behind the abbreviation ‘SDA.’ Every time you say, ‘I am a Seventh-day Adventist’ you preach a sermon. Never, never be ashamed of our name! When our church began, many names were suggested and considered, but when the name, ‘Seventh-day Adventist’ was discussed, God impressed church leaders that that name was best.”
The church name, Seventh-day Adventist, “is so distinctive,” Wilson said. “The ‘seventh-day’ refers to God’s power in creating this earth in six literal, consecutive, contiguous, 24-hour days and capping it with a memorial of that creation, the seventh-day Sabbath. This reminds us that we are a direct creation of God and not some chance anomaly of some impersonal evolutionary process.”
Further explaining the significance of the church name, Wilson noted, “’Adventist’ tells us where we are going. We are waiting for the imminent return of our Lord Jesus Christ, and look forward to it as the culmination of all of earth’s history. The literal return of Christ, the Blessed Hope, is the great objective and goal of every Seventh-day Adventist.”
“That powerful, heaven-sent name, ‘Seventh-day Adventist,’ is a two-word sermon of hope<” Wilson asserted “It points to God as the Author and Finisher of our faith. It uplifts Christ in all His beauty. It proclaims the Great Controversy theme from the beginning to the end.”
At the same time, Wilson said, “as joyous as it is to recognize that God has sustained us these many years, such an event should generate a certain degree of uneasiness and more than a little cognitive dissonance in our minds. Think about it. How can a movement, whose sole mission is to prepare the world for the soon coming of Jesus, rejoice in the 150th anniversary of its distinctive name? How many more anniversaries must we concede? How long will this movement continue before the Lord returns?”
Wilson said, “Now is the time for us to be the human voice of God, calling people out of spiritual Babylon as indicated in Revelation 14 and Revelation 18. In a culture steeped in pluralism, relativism, humanism, and hedonism, God has called Seventh-day Adventists to be a counterculture, end time movement in which every member—in humble Christ-like confidence—is willing to stand for the right though the heavens fall.”

To accomplish that, he added, “I urge each of us in the Seventh-day Adventist Church to unite through the power of the Holy Spirit in finishing the work entrusted to us. Let us press together, everyone working in a united effort, both the organized church, its institutions, and other entities and the supporting ministries, many of which belong to that wonderful organization called ASI, that work side-by-side with the official church structure.”

A key focus of Wilson’s sermon was the 1901 General Conference Session held in Battle Creek, Michigan, and the failure of the church of that day to receive the latter rain of the Holy Spirit which Ellen G. White, a pioneering co-founder of the movement, believed God wanted to impart. Recounting her 1903 vision concerning that time, Wilson quoted White saying it was a failure of leadership to humble themselves before God.
“I can only lead as I fall at the foot of the cross and as I personally spend time with Jesus in His Word,” Wilson added. “I do not have the wisdom and ability to lead except that I receive it from Christ. Today, I want to confess before you, and my God, my pride and arrogance, my selfishness, my neglect of spending enough time needed with God in prayer and Bible study and study of the Spirit of Prophecy. I confess to you my envy and my self-centeredness. I ask you, as my fellow leaders, for forgiveness. I want to do God’s will. I want to humble myself before God, I want to pray and I want to seek His face. I want the power of the latter rain in my life. Will you join me?”
Business meetings for the Annual Council are expected to resume on the morning of October 10, with an emphasis on evangelism and witness.
Advertisement
Advertisement