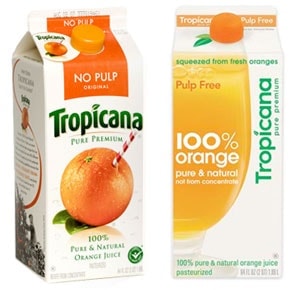 BY Gary B. Swanson
I
n 2009 PepsiCo®, the good makers of Tropicana Pure Premium® orange juice, changed the design of the carton in which it delivered its product. Thinking they knew what they were doing, they removed the picture of a succulent orange with a straw protruding directly from it at about a two o’clock angle, and replaced it with a less evocative image of a glass of orange juice (no straw).
Big mistake!
The faithful drinkers of Tropicana Pure Premium orange juice pitched a fit, twenty-first century style: emails, blogs, Facebook, etc. Not every single one of them, of course, but a significant enough number of loyal consumers to get the producer’s full attention. It was the very same pure orange juice, the same pulp content, the same quantities of vitamins and minerals, the same taste—but no straw-impaled orange on the label. It’s easy to picture a board meeting at the ad agency where the director is asking, “Whose idea was that?” followed by a lot of tap-dancing and finger-pointing.
A few weeks later, Tropicana did an about-face and the orange with the protruding straw was back in its usual place on the label—where it clearly was ordained to be! And the turnabout was covered in a story in none other than The New York Times. This, remember, is the newspaper with the motto: “All the news that’s fit to print”—and, presumably, fit to appear on the Internet.

Comparing Tropicana’s abrupt change to that of Coca-Cola’s® after the public’s revulsive reaction to New Coke® in 1985, the Times noted “significant differences between the two corporate flip-flops. For instance, the Tropicana changes involved only packaging, not the formula for or taste of the beverage.”1
And the infamous New Coke episode has become the stuff of marketing legend. In the mid-1980s Coca-Cola thought it should try to do something about taste tests that were indicating public preferences for Pepsi. The introduction of a new taste and formula in New Coke, which was intended to phase out the Classic Coca-Cola flavor, drew such a firestorm among diehard Coke drinkers that Coca-Cola went back to the original. And, ironically, it has dominated the market ever since. It has to be the luckiest—or the most brilliantly calculated—move in the history of marketing.
Twentieth-century Irish author and dramatist Brendan Behan said that “there is no such thing as bad publicity except your own obituary.” If a company can create “buzz” about its product, even if unintended, it has achieved at least some success. Being “on the radar” has a value all its own.
Furthermore, advertisers have known for at least three generations that they sell products much more effectively by connecting them in some way with an idea or an emotion rather than featuring the positive qualities that distinguish them from other products.
In “olden-times,” i.e. 50 years ago or more, the uniqueness of a product—what set it apart from its competitors, explicitly or implicitly—was the selling point: “Our laundry soap contains agent Z20!” “Our cigarettes taste 75 percent better!” “Our candy melts in your mouth, not in your hand!”
Occasional vestiges of this approach still appear in the media, the assertion of the superiority of one brand over another. But when the public knows that there is truly little difference among products, when the decision to purchase a computer or a television or a washing machine really boils down to an emotional response, then advertising must find a way to connect its product to a positive feeling.
In an article for New Internationalist magazine titled “Jesus Is a Brand of Jeans,” media analyst Jean Kilbourne writes, “We are surrounded by hundreds, thousands of messages every day that link our deepest emotions to products, that objectify people and trivialize our most heartfelt moments and relationships. Every emotion is used to sell us something. Our wish to protect our children is leveraged to make us buy an expensive car. A long marriage simply provides the occasion for a diamond necklace. A painful reunion between a father and his estranged daughter is dramatized to sell us a phone system. Everything in the world—nature, animals, people—is just so much stuff to be consumed or to be used to sell us something.”2
And, interestingly, this is no closely guarded secret. It is very clear that consumers know this is going on. And advertisers know that we know!
In fact, the analysis of and comment on marketing and advertising have become a kind of industry of its own. Entire print publications are devoted to it, online blogs and newsletters are focused on it, and the “water-cooler” phenomenon (word-of-mouth, viral) continues to have its impact. Everyone considers himself or herself a media analyst. We know what media and advertising are up to, and we’re accomplices in what has become a knowing form of self-deception. We are selling ourselves out. 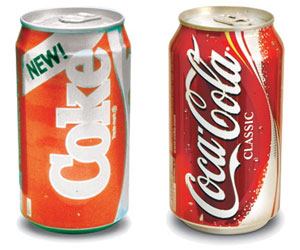 So, as cultural critic Chuck Klosterman has pointed out, when a company attempts to connect a product with a disparate emotion or idea, it is done intending that “a segment of that audience will decide, ‘That’s a good idea. It’s ridiculous, but I see what they’re doing. I’m willing to associate myself with this gimmick.’ It’s the difference,” Klosterman says, “between a magician performing a trick to impress his audience and a magician trying to sell that trick to other magicians. There’s nobody left for advertisers to fool. We’re all magicians.”3
It’s all central to a theme that runs throughout human history. It began in Eden. Adam and Eve became consumers. They were looking for something more than what they already had—which was pretty much everything they could have possibly wanted. And the brilliant marketing campaign was launched.
In the most subtle way, an attractive spokesperson initiated the pitch. He promised an entirely new, transcendent lifestyle. He claimed that the apple/orange/mango/persimmon/whatever would change Eve’s life, would elevate her existence to a whole new plane. And she bought it. Inside her head, she was thinking something like this: “That’s a good idea. . . . I’m willing to associate myself with this gimmick.” She procured the fruit, not so much anymore because she wanted the product, but because she wanted the benefits that the spokesperson had promised it would bring. By making herself open and responsive to temptation, she had become complicit in her own deception.
From a very practical, everyday viewpoint, this is not to say that any given product on today’s grocery store shelf or in the department store window or in the Internet banner ad is an unworthy product. But it does suggest that truly wise consumers will make the choice to purchase or not to purchase something for its inherent qualities, not for its packaging (with or without orange and straw), and certainly not for its representation as essential to achievement or affirmation or acceptance.
__________
1 <http://www.nytimes.com/2009/02/23/business/media/23adcol.html?pagewanted=2&_r=1>, accessed Aug. 28, 2010.
2 <http://www.newint.org/features/2006/09/01/culture>, accessed Aug. 28, 2010.
3 Chuck Klosterman, Eating the Dinosaur (New York: Scribner, 2009), p. 208, emphasis in original. House Call
Sugar and Sweeteners
Are they all safe to use?
News
Researchers Awarded Important Grant to Study Tobacco Control in Asia