Powerful Acts of the Spirit 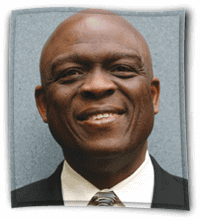 The faithful financial stewardship of our members resulted in an increase in tithe of 54.6 percent, and an increase of 60.7 percent in mission offerings during this period.

Great events during the quinquennium served to mobilize lay members and pastors in the fulfillment of our mission and empower them as leaders in evangelism.

The quinquennium started with a leadership and prayer conference, in which administrators, pastors, evangelists, and departmental directors met for four days to study and practice in depth the spiritual discipline of prayer. Prayer is a vital part of the life of the church. It promotes the spirit of unity among the body of Christ.

Pentecost and More began in 2007 as a program that combines the social and spiritual dimensions of the gospel. Administrators, departmental directors, and workers at the division, union conference, conference, and institutional levels joined forces with pastors and lay members to impact local communities by addressing such practical needs as building houses and bus shelters, painting houses, catering to the needs of children, feeding programs, civic pride initiatives, providing clothes, etc.

These initiatives were followed up with Bible studies and evangelistic campaigns. The Day of Pentecost, the grand baptismal celebration each year, was the highlight of the Pentecost and More initiative. This emphasis on membership development has resulted in unparalleled growth.

The first Pentecost and More program that saw the IAD reach the 3-million-membership mark was celebrated in the Dominican Republic on March 24, 2007. With the aid of a satellite uplink, a simultaneous baptismal program was held that resulted in 49,602 persons being baptized within the division on that one day.

The success of the program in 2007 led to a similar approach in 2008, which was uplinked from Kingston, Jamaica; 49,809 persons were baptized throughout the division. Another, more decentralized program was followed in 2009.

The Inter-American Division baptized a total of more than 1,008,000 individuals during this quinquennium.

Facing the Issues
Between November 1, 2008, and September 19, 2009, I engaged all the union conferences within the territory in a series of seven strategic dialogues called “Facing the Issues.” The union conferences were grouped according to language and geographical location, and each program was comprised of inspirational music and frank dialogues.

New believers by the score raise hands in commitment just prior to being baptized.

Participants at each setting represented an intergenerational group of members that included children (aged 8 to 14), young people (aged 15 to 30), and adults (aged 31 and older). The objectives of “Facing the Issues” were to:

While the division has begun to redefine its strategic focus as a result of “Facing the Issues,” some of the responses heard from church members across the territory were:

“This is wonderful; we are grateful that the division recognizes the little members in the church.”

“I have never seen it done this way before; this is a great day for our church.”

“Great initiative for the division!”

“It’s a brilliant move to engage the members of the church in determining the strategic direction of the organization.”

“This program allows our children and young people to feel that they are important assets of the church.”

“It’s a great effort in providing a sense of inclusion. Do it again!”

“The future of our church is in good hands.”

Conversation With Pastor Paulsen
On February 7, 2009, the president of the General Conference, Jan Paulsen, held a conversation with several English-speaking pastors of the Inter-American Division.

Pastor Jan Paulsen (right) and his translator Jaime Castrejon addressed those gathered at the Palacio de los Deportes in Santo Domingo, Dominican Republic, for the culmination of the Pentecost and More initiative.

This unscripted dialogue with the seven pastors from Belize, Jamaica, St. Martin, Bahamas, Martinique, Guadeloupe, and Haiti addressed many of the burning issues raised by pastors in ministry. The pastors got an opportunity to talk from their hearts directly with the president of the world church.

Some of the topics that surfaced in the dialogue were issues that ministry must approach as the organization plans strategies for the future:

Frequent reassignment of pastors to other pastorates; things that have shaped their ministries over many years; educational and financial issues involving the pastors and their families.

Some of the pastors’ reactions we heard were:

“I feel satisfied that I was able to articulate some of my pressing concerns for ministry.”

“We need more programs like these, where those who shape policies at the highest level of the organization listen to us and open up for sharing.”

“We hope some benefits will be achieved from this.”

“Pastor Paulsen’s attitude is a lesson of humility for all leaders in the church.”

Global Mission
Global Mission has been a vital part of evangelism in the IAD. During this quinquennium more than 645 new geographical areas were entered by establishing an Adventist presence in different places.

We recognize that only through the power of God can the church conquer enemy territory and advance in the fulfillment of its mission.

We give all honor and glory to our heavenly Father.