In Response to Dawkins

Last December we carried an assessment and critique on Richard Dawkins’ book The God Delusion (cover story, Dec. 11, 2008). Stimulated by that piece, the present writer engages the issue more directly, exploring other relevant areas of concern.—Editors.

ichard Dawkins’ assertion that “dyed-in-the-wool faith-heads are immune to argument”1 characterizes all Christians as ignorant and incapable of logical reasoning. And his claim that intelligent people, especially scientists, don’t dabble with religion dismisses as incapable of reasoning scores of other productive Christian scientists, including Francis Collins, a committed Christian, an expert in DNA sequencing, and coordinator of the human genome project.
Dawkins and others like him might be reminded of the limitations of science in dealing with things of the spirit. Scientific investigation can deal only with things that are observable, measurable, quantifiable. If there is a God, He certainly exists outside these parameters and, therefore, outside the realm of scientific investigation. As professor William Keeton rightly said, “Those whose belief in God rests or falls on some fact or the other of science risk ?having science destroy their God.”2
Dawkins’ description of the God of the Old Testament as unjust, unforgiving, vindictive, etc., hardly points to the God who so loved the world that He gave His only Son to save it (John 3:16). To Moses, God described Himself as “merciful and gracious, longsuffering, and abundant in goodness and truth” (Ex. 34:6).* And the God of the Old Testament is no different from the God of the New Testament. “I am the Lord, I change not,” God says (Mal. 3:6).
But Dawkins dismisses the gospel as fiction. For him the things Jesus did cannot be explained in terms of scientific principles. Yet he cannot deny that Jesus existed. Nor can the testimony of the disciples who lived with Him during His ministry in Palestine be dismissed. They saw Him crucified and were disappointed when He did not become the king they expected. Yet none of them gave up their belief that He was the Messiah. Instead, they gave the rest of their lives to promoting His cause, even dying in the process.
Were these all ignorant and incapable of reasoning? Peter gives us the appropriate response: “We have not followed cunningly devised fables . . . but were eyewitnesses of his majesty” ?(2 Peter 1:16). John dismissed the skeptics with a similar claim: We declare to you, he said, “that which . . . we have heard, which we have seen with our eyes, which we have looked upon, and our hands have handled” (1 John 1:1). They were there when Jesus walked on water, quieted a storm on the Sea of Galilee, and raised Lazarus, who’d been dead four days. Peter and John were there on the Mount of Transfiguration when God announced to them that Jesus was His beloved Son. 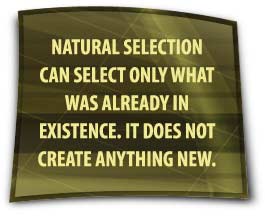