haring food around ?a table is a wonderful experience! In fact, it is so important that many cultures all over the world have equated eating together with being a friend and extending community, protection, and, yes, ?nourishment.

Those interested in church history will immediately realize that I have borrowed a phrase from the writings of Martin Luther, the great German Reformer, describing a collection of informal interactions between Luther and his friends and colleagues, which contain significant theological gems that anybody interested in the history and thought of the Reformation will surely have to read.

As you join me in this two-part series, looking at the multiple dimensions of eating and drinking in the Bible and the larger ancient Near East, you will discover important elements involving faith, judgment, community, and a God who delights in being close to His creatures. As we track over some of the less traveled terrain of biblical narrative we may be surprised at what we find.

Eating and Drinking in the Old Testament
Different from modern twenty-first-century utilitarian (Western) societies, eating and drinking in the Bible and the ancient Near East had many important functions that went beyond the mere quick (as in fast food), impersonal (as in drive-through), and necessary (as ?in vitamins, minerals, carbohydrates, amino acids, etc.) satisfaction of bodily needs.1 People did not just eat to survive or get on with their lives. Their ?eating and drinking happened mostly in community and served many other purposes. 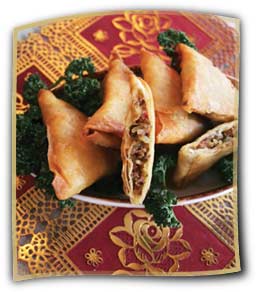 Eating together could create community, as in the story of Job’s children, who cement their family ties with frequent shared meals (Job 1:4, 5). It often had political dimensions and was closely linked to contracts. When Isaac and Abimelech agree on a peaceful relationship between their people, they culminate the covenant by eating together (Gen. 26:28-31). Meals could bring together erstwhile enemies and introduce a new era of understanding and peace—at least for a little while, as ?the surprising narrative involving ?a significant number of “sightless” Aramean soldiers, the prophet Elisha, and the king of Israel in 2 Kings 6:23 illustrates. Eating together was also part and parcel of religious feasts. The meaning of the Passover celebration ?in Exodus 12 without the communal meal of the household (or the neighboring community) would not make sense at all as a type of the future Lamb of God and the believer’s partaking of that divine sacrifice.

Very often, eating and drinking together marked a joyous occasion, as is intended in the story of Elkanah and his family during the annual pilgrimage to Shiloh (1 Sam. 1:3-15)—even though at least one member of the family sheds bitter tears about her (apparently) hopeless situation. When sacrifices are offered, a festive meal is part and parcel of the package (1 Sam. 9:12-24).

People who are not eating together (or not eating at all) are usually in mourning. When David and his men hear of the death of the family of Saul, they fast until the evening (2 Sam. 1:12).2 The curious command to the unnamed man of God from Judah not to eat and drink in Israel (1 Kings 13:?17) needs to be understood in the larger context of the story and becomes the litmus test of obedience, which the prophet, unfortunately, failed. The king’s invitation to eat and drink with him at the sanctuary of Bethel can be deciphered relatively easily. To eat and to drink with the self-appointed chief priest of a syncretistic religious system would be contrary to God’s will and could lead to major compromises. Remember, sharing food indicates sharing ideas and convictions. Since obedience to God’s explicit commands is a key element of the prophetic message against the idolatrous altar constructed by Jeroboam I, the lack of obedience of the man of God is troublesome and finally leads to his death.

On Mount Carmel
The story of Elijah’s encounter with the prophets of Baal and Asherah on Mount Carmel is a staple of children’s Bible story books and has been painted, drawn, or retold many times. It is full ?of drama, movement, the interplay of noise and silence, and surprising twists and turns. It is also a story of a minority against a majority (one against 450, ?to be precise [1 Kings 18:22]), and a reminder that God’s remnant is truly ?in the hands of a mighty Savior and Provider.3

Elijah’s calm demeanor contrasts with the description of the noisy prophets of Baal trying ?to get Baal’s attention in order to see the agreed-upon divine sign of approval—the fire from heaven. Elijah’s taunting “encouragement” to the prophets (1 Kings 18:27) reflects wonderfully the concept of deities that people in the ancient Near East had—namely, gods who look, act, eat, and often think like human beings. This topic is later picked up by Isaiah in his memorable description of the foolishness of making divine statues in the image of their human creators (Isa. 44:?9-20).

What interests us here, however, is not necessarily the confrontation and subsequent showdown, nor is it the miraculous demonstration of fire from heaven. Rather, it is the quiet invitation to “prophetless” king Ahab to eat and drink on the mountain (1 Kings 18:41, 42) that is significant here. Following the tumultuous scenes on the mountain Elijah meets up with Ahab again, after their previous encounter in 1 Kings 18:17-19, which established the conditions of the contest on Mount Carmel. Elijah’s invitation to “eat and drink” is not a friendly invitation to a fainting monarch to regain his bodily strength. Rather, the meal imagery, linked to the important element of space (“up the mountain”), is reminiscent of the covenant ritual and meal in Exodus 24:1-11 in which Moses, Aaron, Nadab, Abihu, and 70 elders climb the mountain of the Lord’s revelation and eat and drink before their God.

Divine Grace in Unexpected Places
In the context of the gripping conflict between Yahweh’s prophet and Baal’s prophets of 1 Kings 18, is it possible that the command to “go, eat and drink” (verse 41) is a last intent to win over the apostate king? Would this be a quick flash of grace, communicated in a fashion that an Israelite could understand? After all, how many meals on mountains, where in ancient Near Eastern thought the realm of the gods was, outside of Exodus 24:?1-11 can we pinpoint in the Old Testament?

The invitation to eat and drink comes at a strategic point in time. Religious loyalties are in the process of being realigned. Will King Ahab return to the Lord or will ?he continue to move toward complete apostasy? As we read on in verse 42, there may be a hint that Ahab did not respond to the divine invitation. Yes, Ahab did go up to eat and drink, but he did so alone. The Hebrew text contains no reference to human or divine meal-sharing. He obeys because who could do otherwise in the face of such power and majesty? However, Ahab’s heart is not in it and another chance passes by.

Have you been surprised by glimpses of God’s grace in unexpected places, divine grace (perhaps communicated through human channels) that was reaching out to you? Did this grace transform you or were you so busy observing and describing it that it passed you by?4 Eating and drinking in the presence of God on the mountain following the experience of the power and majesty of the Lord surely was a unique way to get, once again, Ahab’s attention. It demonstrated God’s desire to touch and transform the life of one ?of the kings of Israel with the worst track record in Scripture. It also reminds us that divine grace is intricately linked to community—a topic I will focus upon in the second part of this study on eating and drinking in Scripture. As I ponder God’s grace in my life I discover again His interest in the small and mundane aspects of my life—such as eating or drinking, or . . . sending fire from heaven.