Should I Vaccinate My Child?

couldn’t help overhearing a conversation among a small group of young mothers. The topic under discussion was vaccinations, and I was surprised by the debate.

“I would not allow my child to receive vaccinations under any circumstances,” one mother said. “He’ll get autism and perhaps other diseases from them.”

She then added, “All I have to do is keep up his immune system—avoid sugar, breast-feed him, give him lots of vitamins. That’s all I need to do.”

I smiled to myself, because as I approach my seventieth year of life I can look back and see the wonderful results of immunizations. When I was young I witnessed the devastating effects of smallpox, chicken pox, and whooping cough. I worked in Africa for eight years and watched children crawling around on the ground and struggling to use homemade crutches. This was the result of polio. So from my experience—as well as a vast amount of scientific- and research-based data, I’m convinced that the program of vaccinations is one of the best medical success stories of modern times.

Where Did the Idea Come From?
Vaccinations originated with Edward Jenner during the eighteenth century in England. Jenner overheard a milkmaid boast that she would never have the disfiguring disease of smallpox because she had already had cowpox, a much milder disease in humans. So in 1796 Jenner took pus from the hand of a milkmaid with cowpox, inoculated an 8-year-old boy with it, and noticed that the boy did not catch smallpox. This was the beginning of vaccinations.

What Are the Guarantees?
Vaccines do not guarantee complete protection from a disease, but they have reduced killer diseases dramatically. No cases of diphtheria, polio, or smallpox were reported in the United States in 2007, and the number of cases of measles, mumps, rubella, and tetanus was greatly reduced.

Some may feel that the risk of catching these diseases is so low today that it is not necessary to vaccinate their children. But an unvaccinated baby is a child at risk. If we were to stop immunizing our children, these diseases could become as widespread and potentially dangerous as they once were. We live in an age of extensive and frequent travel, and some of these diseases are only a plane ride away.

What Exactly Is a Vaccination?
Most vaccines are made with bacteria or viruses that have been killed with chemicals or heat. Examples of killed vaccines are those that protect against flu, cholera, bubonic plague, polio, and hepatitis A. Live vaccines have
been cultivated under conditions that disable their virulent properties. They provoke a more lasting
immunological response. Yellow fever, measles, rubella, and mumps are examples of live vaccinations.

What About Multiple Vaccinations?
Recent scientific advances have brought about combination shots—single vaccinations that include immunizations against two or more diseases. Promoters of the “combo” shots argue that babies will receive fewer needle pricks and need fewer doctor visits. MMR combines measles, mumps, and rubella vaccines in a single shot. DTap merges vaccines against diphtheria, tetanus, and pertussis.

I personally am concerned about the large number of vaccinations given children today within a short time period. Infants receive 38 doses for 15 diseases even before kindergarten.

Some pediatricians, such as Robert Sears, author of The Vaccine Book: Making the Right Decision for Your Child, feel that the one-size-fits-all approach recommended by the CDC (and the one that most pediatricians use) is not the best model.

He proposes an alternative schedule that allows for no more than three shots during any one office visit. Sears believes that the polio shot is given too early and recommends delaying it until the child is at least 9 months old. A 2008 Canadian study shows that the risk of childhood asthma is cut by 50 percent when diptheria, pertussis, and tetanus vaccines are delayed a few months.*

Do I Need to Worry About Developmental Disorders?
I often hear the question raised about whether there is a connection between vaccinations and developmental disorders such as autism. All the leading health organizations—the World Health Organization (WHO), the American Academy of Pediatrics (AAP), the Centers for Disease Control and Prevention (CDC), and the National Institutes of Health (NIH)—say there is none. This issue has been subjected to intense investigation—both scientific and judicial—with the conclusion that autism is not related to vaccines and immunization.

Vaccines are tested for about 10 years before a manuacturer can offer them to the public. The CDC Web page details the extensive licensing procedures.

The Bottom Line?
There will be a little pain and swelling at the injection site of a vaccination, and maybe a fever from time to time. And like most things in life, vaccinations are not completely risk-free. Years of administering vaccinations to countless millions around the world, however, have reduced infections of killer diseases and saved untold lives. The small risk of a serious complication is outweighed by the enormous benefits. Set up an appointment to take advantage of the blessings of modern medicine. 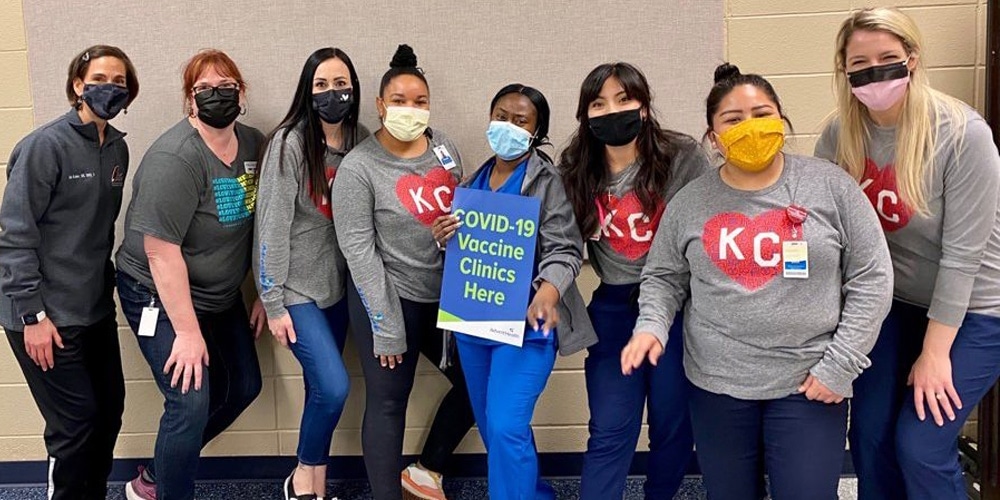 News
Adventist Harvard University Professor Explains Why Vaccination Is a Good Idea
‘We must study, pray, trust God, and at the same time, act wisely,’ he says. 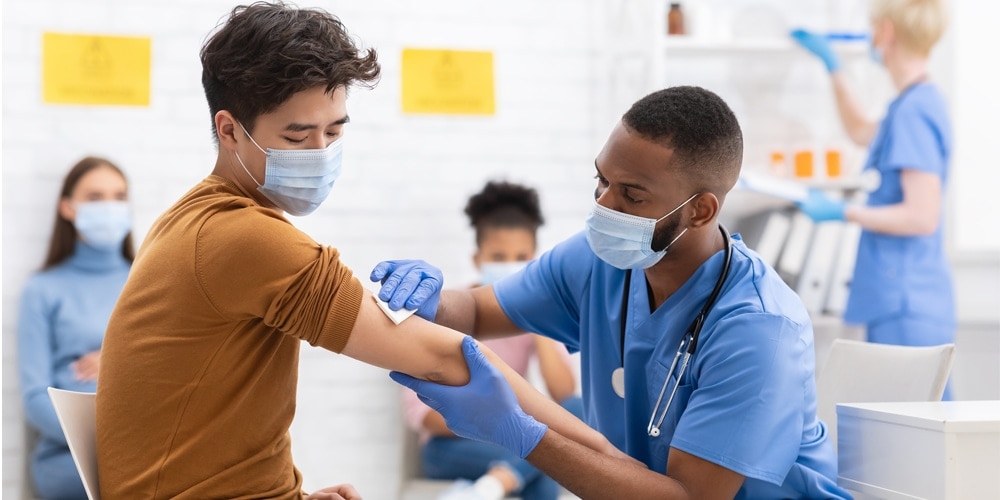