Pathways to the Heart

t was at a weekend youth leadership retreat. The video cameras had just focused on the handsome blond bass in the country/gospel quartet that was performing at the moment. As his face appeared on the two large screens on both sides of the stage, teenage girls in the audience screamed their approval as they would at a rock concert.

A few months before this I entered a church service as worship was already in progress. A senior citizen was giving a reading of what it was like to be 80 years old. She was not an amateur. Her presentation was well done. The audience laughed and clapped. When she finished, she bowed and the congregation gave her a round of applause.
An old expression says “all roads lead to Rome.” As Christians, and particularly as leaders faced with the challenge of reaching the hearts of twenty-first-century men and women, particularly the young and the unchurched, it is important that we ask ourselves, “Do all roads lead to Jesus?”
Outreach and Nurture
The evening I attended the youth leadership retreat the service began at 9:00. After special music, the “worship” (led by a worship team), and a dramatic presentation, the speaker stood up to preach at 10:45. He preached until 11:10. 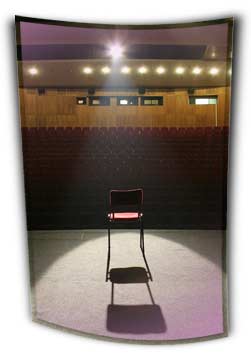