he remnant concept has never been unfamiliar to me. I was the “remnant” of my mother’s childbearing years. She had borne three boys and a girl with her first husband, who died in an iron mining accident. Later, after marrying my father—who was a widower with three boys and a girl—my parents again had three boys and a girl. That final child was me, arriving in this world during the Great Depression, when Mom was 45 years of age. She loved the Lord, and prayed for each of her children while they were still in her womb.

I grew up with the remnant idea being more or less impressed upon me in a solidly conservative Lutheran home. Conservative, because my parents’ pietistic faith grew out of the revival movements of Finland, the land of their birth. Rather often during my childhood, Mother quoted Jesus’ words: “Nevertheless, when the Son  of Man comes, will He really find faith on the earth?” (Luke 18:8).* Another text she quoted often was the one that says: “Narrow is the gate and difficult is the way which leads to life, and there are few who find it” (Matt. 7:14).
Belonging to the majority, therefore, was not to be considered important. Mark Twain once said: “Whenever you find yourself on the side of the majority, it is time to pause and reflect.” In fact, I was innately suspicious of majorities because of the language of Scripture. “Apostasy” would come; “separateness” from the world was necessary; “forsaking all” (sometimes even kindred) was imperative for discipleship. Accepting truth could well mean standing alone, like Daniel.
In America freedom of religion was guaranteed and quite often taken for granted. Living out my faith among trusted hometown friends and good neighbors as a youth was relatively easy. Testing, “boot training,” came in high school. School dances of the late 1940s were no temptation, but when our class was to sponsor the annual junior prom, a teacher required me to join the rest attending the planning session. The class vote was a formality since it was a foregone conclusion that no objections were anticipated. I needn’t draw attention to myself, I reasoned, and it wouldn’t make any real difference if I didn’t raise my hand when the chair would ask if any opposed. My hand felt like lead, but I somehow got it up. I was a teenage remnant of one, and probably no one even noticed. 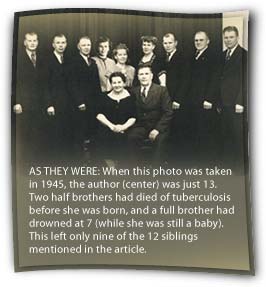 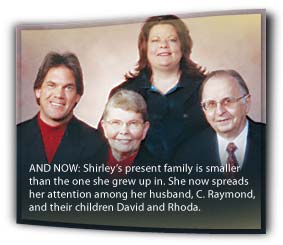 “To stand in defense of truth and righteousness when the majority forsake us, to fight the battles of the Lord when champions are few—this will be our test.”2
As darkness intensifies, the light will shine more brilliantly. The remnant will become increasingly more visible, as winter makes the evergreens more visible, in contrast to the other trees that are leafless and bare. Remnant people may indeed be rejected by many, but are “chosen by God and precious” (1 Peter 2:4).
The Adventist movement, I believe, is the recovery and culmination of reformation and prophetic doctrines that God has been fully unfolding in this judgment hour.

God has been weaving His remnant tapestry ever since the Fall. Each tried-and-true individual throughout sacred history is a single colorful thread that will ultimately be part of the glorious finished product, His beautiful workmanship. Looking back, everything is seen as part of the divine pattern, the divine tapestry. The tests, the keen disappointments, the choices (even wrong ones) are mercifully made radiantly beautiful by God’s redemptive artistry.