n April 19, more than 200 members and friends of Spencerville Adventist Church in Spencerville, Maryland, joined together to celebrate the start of construction for a $17 million academy building.
Located about 10 miles north of Washington, D.C. in Montgomery County, Maryland, the new 100,000-square-foot building will serve grades pre-K through 12. It’s expected that the school will be completed in 18 to 20 months.
The groundbreaking ceremony marks 14 years since the school board cast a vision for what was then Spencerville Junior Academy. About seven years ago, when enrollment grew to more than 300 in a facility built for half as many, the congregation began in earnest to explore the possibility of building a new facility. The church purchased the 33-acre building site six years ago. However, it wasn’t until April 1 that all permits were met, initial financing secured, and contracts signed. When completed the school will be the first certified environmentally-friendly building in the county, according to school officials.

Speakers included Rob Vandeman, Chesapeake Conference president and former Spencerville pastor, who reminded the crowd that the dream had been 25 years in the making. He spoke of the many volunteers who sat on committees, dreamed dreams, and explored possibilities which contributed to this historic event in Spencerville history. Several years ago, the Chesapeake Conference intentionally created an academy fund specifically for this project and, as a result, will contribute an additional $1 Million beyond its normal five percent contribution.

Current pastor Jerry Lutz told the gathering: “This building project is unique within the North American Division. Not only in its magnitude in size and cost, but it is unprecedented to have a local church as the sole supporter of such a project. My fellow pastors across North America have continually expressed amazement at what they see as a goal beyond our reach, and yet we, together, have accomplished this by following God’s leading along with our strong desire to provide a Seventh-day Adventist education for our young people.”
School building committee chair Merle Poirier and academy principal Brian Kittleson also gave remarks and students from the elementary, middle, and high school, contributed recitations and music. Two students represented those who should be the first graduates from the eighth grade and the first four-year seniors.
Shovels were manned by Vandeman, Lutz, Kittleson, and Poirier. After the first shovels of dirt were turned over, a backhoe, operated by the general contractor, took the first full scoop of earth officially beginning construction. 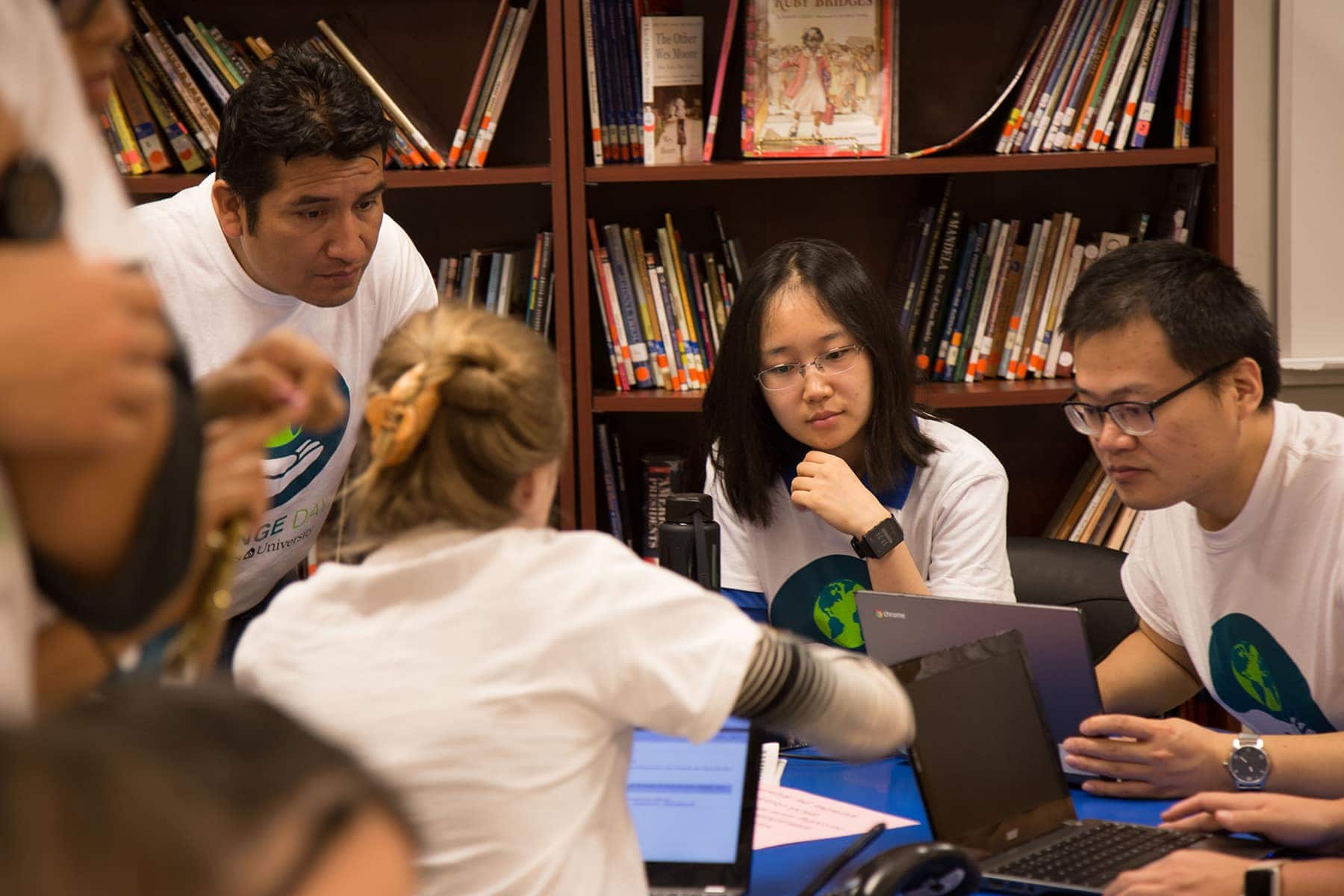 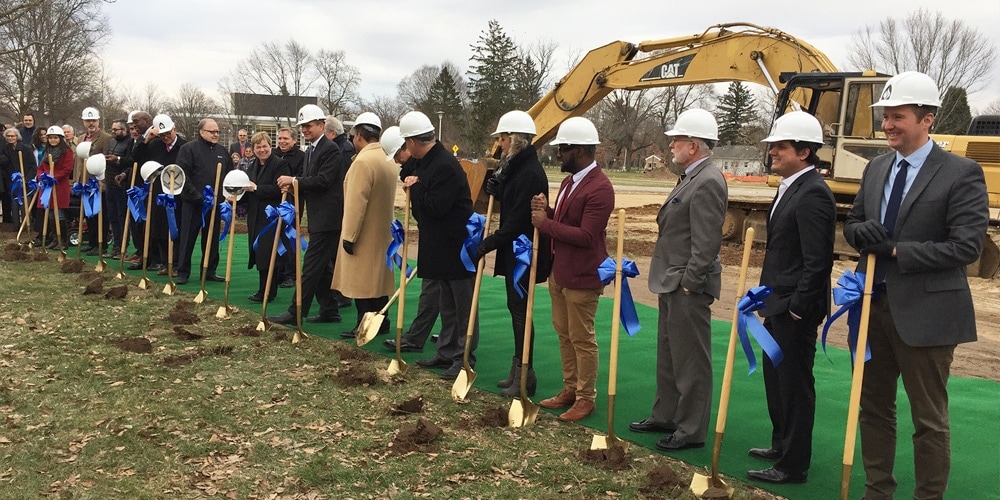 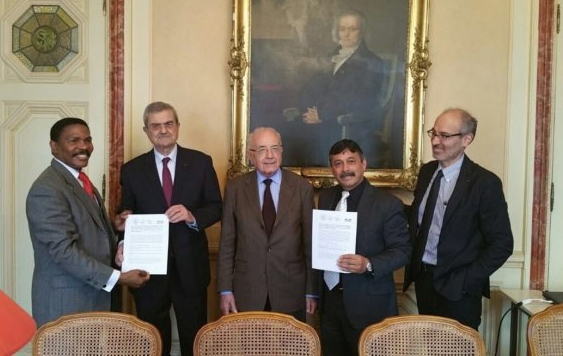