Necessary, but Not Enough

N JANUARY I HAD A GREAT TIME DOING A WEEK OF PRAYER AT SPICER COLLEGE in India. Besides the meetings, I loved walking through the city, Pune; my senses soaked in images and impressions of a humanity radically tilted from my own familiar angles.

As I walked, a woman holding a baby put her hand to the infant’s mouth, a gesture that didn’t need interpreting. I handed her a bill. Mothers with hungry infants suddenly rose out of the pavement like steam on a hot day. I peeled off bill after bill until my wallet was stripped of all Indian currency (about US$60 worth). Realizing that no more was coming, the crowd pressed me so intently that a hotel guard had to intervene.
The next day, near the hotel, another mother holding another baby made the same gesture. Not wanting a repeat of the day before, I made sure my iPhone earplugs were snugly and loudly in place as I tried to ignore her and her hungry baby. She kept on reaching for me, insisting on money; I kept on acting as if she weren’t there, my eyes never meeting hers—or the infant’s. This pantomime continued until I entered the sanctuary of my hotel, where I went to my room and hurried to change because I had to get to Spicer—and preach the gospel. 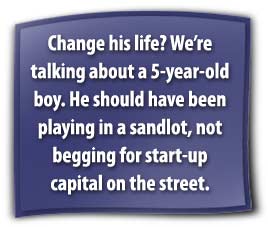 Preach the gospel? I had just brushed off a mother asking me to help feed a hungry infant, and now I was going to preach the gospel? The gospel? Every parable, every prophetic utterance, every verse about oppression, poverty, and greed zeroed in on me. The hypocritical contrast between what I had just done and what I was getting ready to do condemned my soul. A conscience, heavy and uneasy, reached deep into and soured my gut as I changed clothes and went outside to wait for my pickup.
After a minute, a boy about 6 asked to shine my shoes for two rupees (less than half a penny). Now, unless my wife shines them, my shoes don’t get shined (the last time I did it myself was, I think, during the Reagan administration). So I said, “Sure.”
Afterward, not having anything smaller, and seeking to ease my unease, I handed him a hundred rupee bill. A moment later another boy, about 5, came up and they hugged each other. They said they were brothers. Then, in King’s English, the second boy looked up at me and said, “Please, sir, I want to start my own shoe shining business, but I don’t have the money.”
Already resigned, I asked, “How much would it cost?”
“It’s very expensive, sir. Five hundred rupees.” Then, in words that have haunted me since, he continued. “Please, it would change my life.”
Change his life? We’re talking about a 5-year-old boy. He should have been playing in a sandlot, not begging for start-up capital on the street. Yet what could I do? If I wanted to preach that evening, if I wanted to be able to look myself in the mirror, if I didn’t want to sell my soul for a pitiful $10 that wouldn’t have changed my lifestyle one bit but would, this child said, change his life—I had no choice. I handed him the money. My conscience would have strangled me otherwise.
I preached soon afterward, yet I couldn’t shake this sense of futility: I’m standing in a pulpit, uttering, while on the streets outside were people—mothers with hungry infants, 5-year-olds shining shoes—who couldn’t take any of my uttering out of the air, not even a syllable, no matter how much “present truth” was contained therein, and fill their bellies with it, could they?
We need to preach the gospel. We have a message to give to the world that no one else is giving. I know all that, I believe all that, I have dedicated my life to all that. Yet the image of that child saying “Please, it will change my life” showed me clearly, however necessary “all that” is, it isn’t enough.
__________
Clifford Goldstein is editor of the Adult Sabbath School Bible Study Guide. 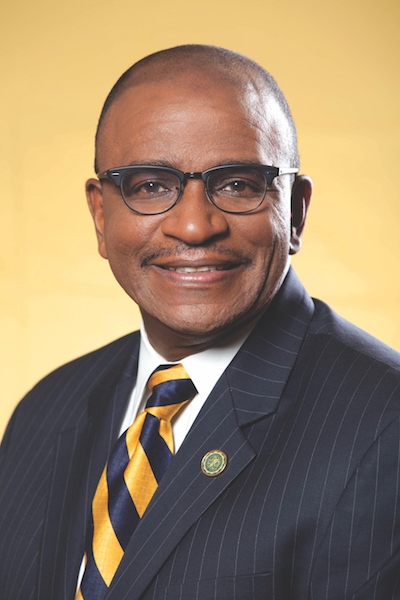