The Adventist Review shares the following story from Religion Newswriters Association as a service to readers. Opinions expressed in this report do not necessarily reflect the opinions of the Review or the Seventh-day Adventist Church. -- Editors

BY DEBRA MASON,executive director of the Religion Newswriters Association

he U.S. presidential election was the impetus for the nation's top religion stories of 2008, according to a survey of more than 100 religion journalists.
The religion specialists chose the controversy surrounding the Rev. Jeremiah Wright as the No. 1 story, with Democratic outreach to faith communities and GOP vice presidential running mate Sarah Palin's selection as the second and third top stories, respectively.
Barack Obama was named the top Religion Newsmaker of 2008.
Below, in order, are the Top 10 Religion Stories selected by members of the Religion Newswriters Association. The poll was conducted among active members of the Religion Newswriters Association on Monday, December 8, through Wednesday, December 10. RNA members are journalists who report on religion in non-religious media outlets. About 38 percent of the nearly 300 active members voted.
Religion Newswriters provides all journalists with free tools and training to help them report about religion with balance, accuracy and insight.
Top 10 religion stories
These are the year's top 25 religion events, in order based on voting: 1. Controversial sermons delivered in recent years by the Rev. Jeremiah Wright surface, resulting in pressure on Barack Obama, who eventually withdraws his membership in his church, Trinity UCC, Chicago. Meanwhile, John McCain rejects the endorsements of evangelists John Hagee, a critic of Catholicism, and Rod Parsley.
2. Democrats, especially Barack Obama, make a conscious effort to woo faith-based voters. Obama participates in a faith-based debate with John McCain moderated by California mega-church pastor Rick Warren. Unusual attention is paid to evangelicals at the Democratic National Convention.
3. Sarah Palin's nomination as Republican vice president leads many evangelicals, who had planned to sit out the election, to support the GOP ticket. The choice causes a dilemma for some religious conservatives who oppose women in leadership roles.
4. The California Supreme Court rules gay marriage is legal, but voters in November approve a constitutional amendment overturning the decision. Gay marriage also fails at the polls in Arizona and Florida.
5. In his first U.S. visit, Pope Benedict XVI brings a message of hope during stops in Washington and New York. During the trip, he meets with victims of clergy misconduct.
6. U.S. conservatives alienated from the Episcopal Church say they will ask Anglican Communion leaders for permission to create the Anglican Church in North America, allowing dioceses unhappy in the Episcopal Church to operate under the authority of a North American bishop instead of Anglican bishops in Africa and Latin America, as is now done. The move is considered the most significant threat to the Episcopal Church's unity since a gay clergyman was ordained bishop five years ago.
7. Terrorism believed motivated at least in part by religious fervor results in the deaths of almost 200 people in a three-day siege in Mumbai, India; one of the major targets is a Jewish center, where an American rabbi and his wife are killed. Meanwhile, attacks on Christians in the eastern India state of Orissa and its neighbors, which began in late 2007, continue during 2008.
8. China cracks down on Buddhists seeking Tibetan independence in a prelude to producing a peaceful Olympics games; demonstrations mar some of the torch passages.
9. The crumbling economy and subsequent drop in contributions force many faith-based organizations to cut back on expenses, at the same time as the need for social services increases.
10. Violence continues in Iraq as Sunnis and Shiites attack each other and Christians are also targeted; Chaledean Archbishop Paulos Rahho is kidnapped and murdered in Mosul. However, some progress toward peace is apparently made.
Other events that did not rank in the top 10:
The decennial Lambeth Conference of world Anglican bishops features reflections rather than resolutions. Archbishop of Canterbury Rowan Williams calls for a "covenantal commitment" among the constituent bodies and U.S. Bishop Katharine Jefferts Schori recognizes the "deep need to maintain relationships," but tension continues on ordaining of gays and interference in breakaway dioceses. More than 200 bishops boycott it.
A Pew Forum poll stirs comment with its finding that a majority of evangelicals believe many religions can lead to eternal life. Some question the wording of the question. An earlier poll found most Americans have changed denominations at some time and that the fastest growing "faith group" is the non-affiliated.
U.S. Conference of Catholic Bishops unanimously warns the new administration against aggressive pro-choice policies after a debate on how strident to be, following the failure of voter referendums restricting abortions in Colorado and South Dakota.
Religious groups step up calls for environmental care, with an independent group of Southern Baptists challenging the national body to do more for the environment.
United Methodists again reject the ordination of homosexuals and gay marriage; Third World delegates help provide the margin. Meanwhile, the General Assembly of the Presbyterian Church U.S.A. again votes to stop requiring clergy to live either in fidelity within traditional marriage or in chastity in singleness; however, a majority of Presbyteries have twice before thwarted the change.

________________
Used with permission of the Religion Newswriters Association. All rights reserved. 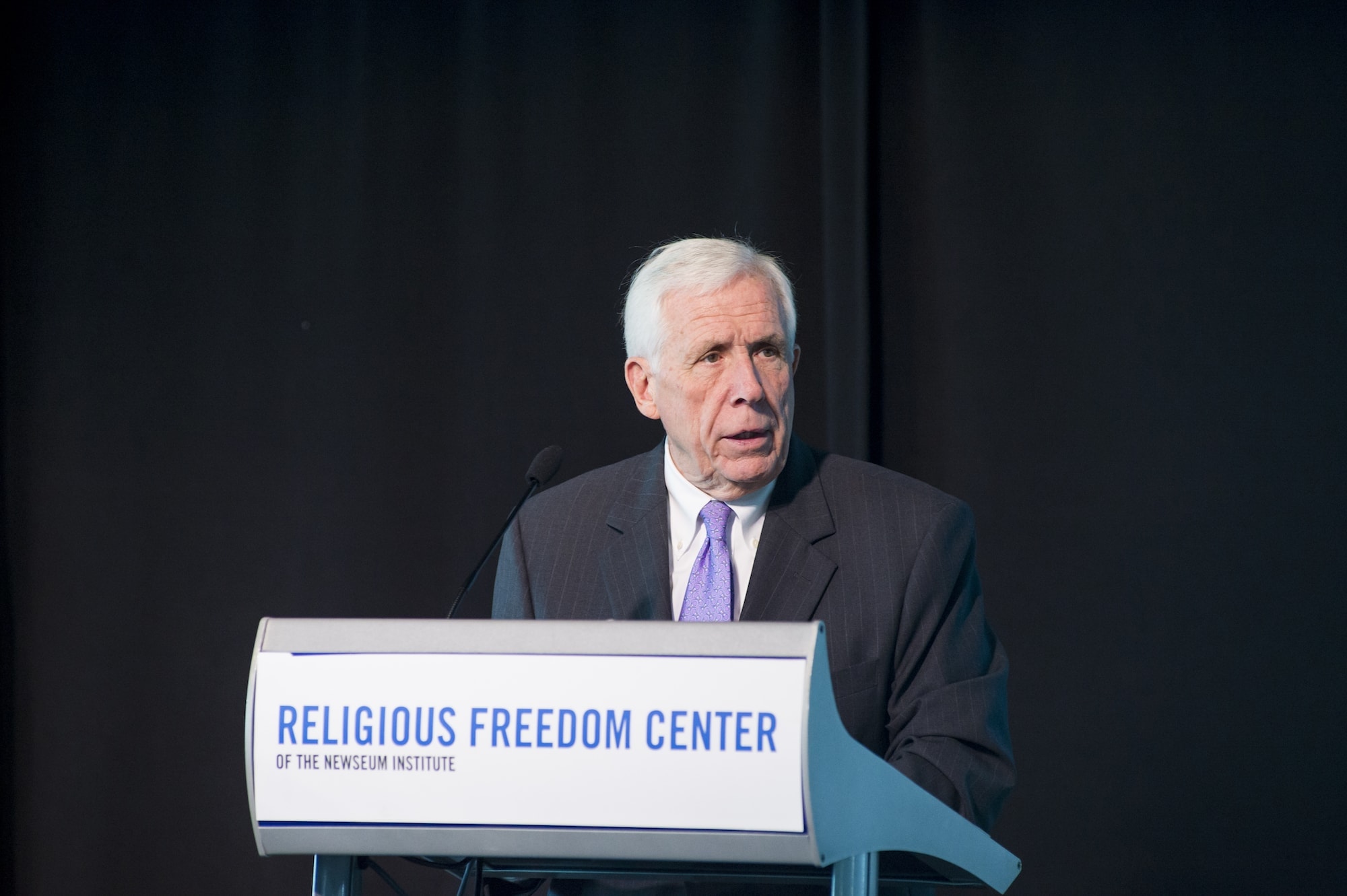 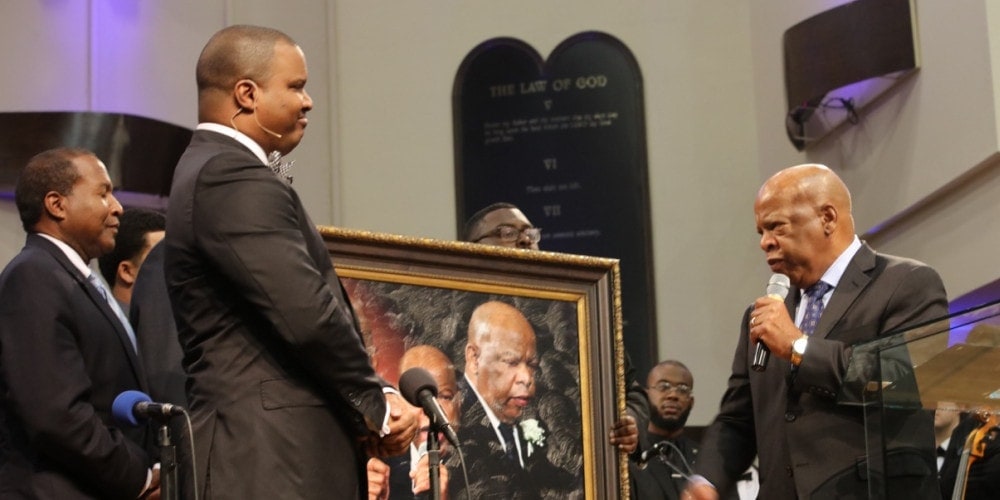