NE HUNDRED CHICKENS! WHAT A responsibility for a teenager who never had anything more complicated than the family dog to care for. I wanted an Investment project, and this was it. For a couple of months I calculated my profits and “officially” turned the project over to God, committing 10 percent of the profits to Investment. I delivered eggs to regular customers and sold dozens to people who stopped by the house. After two months I tallied up the profits and was amazed—egg production and resulting sales had risen by nearly 50 percent.

At first I thought it was just a good couple of months of production or that grain prices had dropped. But as I thought about it, I realized it must have been God’s blessing. He had brought production up nearly 80 percent. I had never realized such a high percentage before. 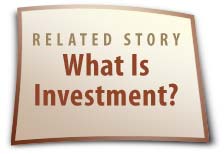 The Lord kept blessing my little business right up until I went away to college and sold the hens. But the miracles didn’t end there. Ever since then, I have wholeheartedly participated in Sabbath school Investment programs. I was able to sell a 4-year-old set of china dishes for the original purchase price after committing one third of the total proceeds to Investment. Prior to making that commitment, I wasn’t able to sell them for any price.

The first year I owned a house, the gas company billed me a fixed amount each month based on past usage at that address. I promised the Lord if we had a mild winter resulting in lower bills, I would donate the entire refund to Investment. We had an exceptionally warm winter, and Investment got the $80 refund.

When I started attending the Seventh-day Adventist church in Elyria, Ohio, I discovered many of the members had forgotten about Investment. I reintroduced the program one Sabbath morning to folk who had no idea how the program got started or why they should support it. Knowing the current lack of interest in the program, I had to do my homework before I could “sell” the program to them. What I discovered surprised even me.

In the Beginning
“As early as the 1880s and 1890s,” church members sought ways to fund specific projects, such as purchasing camp meeting equipment.1 People were encouraged to designate some specific project to the Lord and let Him bless it in a way that would provide a monetary return.

Some “skeptics” decided to commit a nonproducing fruit tree or an infertile field just to see what would happen. Even they got amazing results. Apple trees that had never borne well produced bushels during the first season the Lord was in charge. Fields that had fallen into disuse were planted and yielded bumper crops. Eventually people became convinced that the Lord would bless anything and everything that was put into His care on behalf of His work. 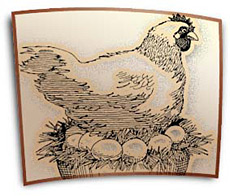 It became more common for people to designate their best prospects, instead of the secondary items, to benefit these specific projects. People began to promise a certain percentage of the total crop from a field or an orchard instead of the produce from a single area or just one tree.

By 1900 the plan was used for various projects worldwide, and by 1908 the plan was being implemented by divisions around the globe. In 1925 the General Conference officially designated the program as the Sabbath School Investment Fund.2

It was to be an additional mission offering, separate from and in addition to the regular mission offering. Since it was not an out-of-pocket offering but one based on God’s blessings, people participated willingly. Fifty-three conferences participated during the first official year of the program, raising a total of $21,860.20.3

Not bad for 1925! From that humble beginning, the fund has continued to grow each year, and it now brings in about $4 million a year.

Making It Local
Even after presenting my own background of positive Investment experiences, when I asked the group in Elyria for project ideas, there was silence. I felt I had failed in my efforts to present the program. I kept trying, emphasizing the success of others as well as my own. I told them of the woman who started taking her lunch to work and donating the money she would have spent eating out. I mentioned the man who gave up donuts and put the money toward Investment. Finally one brave soul said she would save and recycle all the cans she found on the roadside during her daily walks. Over the following weeks, I approached people individually and in small groups, determined not to give up. “Whatsoever thy hand findeth to do, do it with thy might” (Eccl. 9:10, KJV) became my motto.

Finally project ideas began to trickle in. Whenever someone committed to a project, I let the whole church know about it. People became encouraged as they saw returns on their individual projects and began to talk about it among themselves. One member, the superintendent of an apartment complex, was always finding change lying around. He started to put half of it toward Investment—more than $35 every month. Another member started saving dimes and  soon found that when she was given change, often it contained extra dimes when cashiers ran out of other coins. She was able to contribute a full roll ($5) each month. Yet another member turned her raspberry patch over to God with a commitment of $2 for each pint of berries picked, figuring that’s how much she’d save by not purchasing them at the store. She was able to put in $200.

The whole church got into the spirit after a while. We had a spaghetti supper and a garage sale with half the proceeds of each going to Investment. The supper netted $119 for Investment while the garage sale brought in $69. Everyone was encouraged to bring in aluminum cans, newspapers, and cardboard for recycling. At year’s end, the recycling project alone had provided more than $150 for Investment. Folk who purchased Loma Linda, Worthington, Morningstar Farms, and other health foods saved the labels and brought them in to be tallied. (Incidentally, this program has been around for years but has been changed so churches no longer have to send the actual labels in. Now only the tally of how many from each brand goes on a post card and is mailed—much simpler.)

By the end of the year, the total Investment contributions for the Elyria church were $1,005—not bad for a group with little enthusiasm for the program at the start.

Investing in Eternity
I recently moved back to the small town where I grew up and couldn’t seem to find an opportunity for a good Investment project (the chicken house was falling apart). As a gift for my grandparents, I made a stained-glass picture frame for their most recent portrait. When I showed it to people at work, some asked how much I was asking for it. I made some phone calls and discovered they sell for about $80 each. A light bulb went on. I’ve decided to make some picture frames, take them to local consignment shops, and let the Lord find buyers to help support the Investment program.

Although the majority of the Investment funds are distributed to countries outside North America, the North American Division gets 2.5 percent of the total annual funds to be allocated for new, creative outreach projects. One year, one of the projects in North America was a television outreach program in Chicago. With more than 8 million people, most of whom would not answer their door to a stranger, this program allowed 24-hour daily broadcasts of Adventist programs through direct and cable coverage. Another major North American project targeted Coatesville, Pennsylvania. Adventist leaders there developed a homeless shelter along with education and prevention programs. This project offered programs for stopping smoking, weight management, and other lifestyle seminars.

Since Investment is a worldwide mission program, it helps support programs in each giver’s immediate area. Knowing my projects will further the Lord’s work in my own division helps me stay enthused, even when the results aren’t immediately visible. In the parable of the talents, the Lord promised that those who put their resources to work will see increased results. He also said those who do not utilize what they are given will have those assets taken away (see Matt. 25:14-30).

The continued blessings of my efforts and those of my  fellow members show that the Lord really does bless our investments—not by way of addition, but by multiplication.

The Investment potential is tremendous. Imagine what God has in store when we move forward in faith with this “miracle offering.”