he Adventist Development and Relief Agency’s most recently funded project in Mozambique, Together Against Malaria (TAM), was the focus of a meeting held by United States First Lady Laura Bush the morning of June 27 in Mozambique.
“Defeating this epidemic is an urgent calling—especially because malaria is treatable and preventable,” Mrs. Bush said during her remarks, in which she announced United States funding for the ADRA-led TAM project. “Non-governmental organizations, religious institutions, volunteer groups, and individual citizens can also play a role in this historic effort.”
Representatives from ADRA and its local project partner, the Inter-Religious Campaign against Malaria in Mozambique (IRCMM), as well as other groups, joined an estimated 250 people in welcoming Mrs. Bush to Maputo Seminary in Maputo, Mozambique, where she discussed the overarching goals of the President’s Malaria Initiative (PMI) and its funding of an inter-faith project to combat the deadly disease in the African country.

Confirming this, Mrs. Bush announced the commencement of the Together Against Malaria project. Funded through the PMI by a grant worth nearly U.S. $2 million, TAM will reach more than 1.5 million Mozambicans in the Zambesia province and will be managed by ADRA Mozambique and implemented by the IRCMM, with technical support provided through the Washington National Cathedral in Washington, D.C.

Darcy de Leon, country director for ADRA Mozambique, reflected on the day’s events. “We are very honored by Laura Bush’s visit and for her support of the Together Against Malaria project,” he said. “TAM represents an integral partnership between ADRA, the Inter-Religious Campaign, the Washington National Cathedral’s Center for Global Justice and Reconciliation, the Mozambique Ministry of Health, and the United States government.”
The project will train more than 250 faith leaders from ten distinct religions to provide health education, train other individuals, and mobilize their unique faith communities to work together in fighting the spread of malaria.
“TAM will work on a grassroots level, initially in the densely populated Zambesia province. Faith leaders in each provincial district will be trained in malaria control and prevention practices and then work with the Ministry of Health to reach the local communities,” continued de Leon. “However, we hope to see it expand to a nationwide project that will benefit virtually every Mozambican.”
In her speech, Mrs. Bush highlighted the importance and potential of mobilizing communities of faith to change their behavior and save lives. “Faith communities exist in every village in the country; therefore, faith leaders can reach their members and impact their attitudes and behavior related to malaria,” she remarked.
An inter-faith partnership, IRCMM members include leaders from the Seventh-day Adventist Church, the Baha’i Community, the Islamic Congress of Mozambique, the Islamic Council of Mozambique, the Anglican Church, the United Methodist Church, the Hindu Community, Assemblies of God, the Christian Council of Mozambique, and the Roman Catholic Church.
Mike Negerie, ADRA’s regional technical manager for health in Africa, also attended the meeting. “ADRA is honored to have been selected to help faith based organizations develop the capacity to tackle the malaria problem in Mozambique,” said Negerie. “This inter-faith partnership demonstrates the solid trust ADRA has built through the years; our partners know we will deliver sound, effective programs to benefit some of the world’s most vulnerable people, particularly mothers and children, who are at high risk for malaria and other diseases.”
“We express our gratitude for the support of the President’s Malaria Initiative and that of the millions of Americans who stand shoulder to shoulder with the world in eradicating malaria,” Negerie added. Other Adventists lauded the move.
"The churches have well-defined and active networks of local congregations, institutions, as well as trusted relationships with millions of people," Rajmund Dabrowski, a member of the IRCMM Working Group, and communication director for the Adventist world church told Advenitst News Network. "Joint efforts of faith communities, and assistance from the world community, such as the U.S. President's Malaria Initiative, offers hope to defeat malaria in Mozambique," he added.
Almost six million cases of malaria are reported per year in Mozambique, and the disease is a major cause of death in the southeastern African nation, also contributing to the high level of poverty throughout the country by reducing productivity, especially in rural areas.
Nearly the entire population of Mozambique is susceptible to the disease, including an estimated 3.6 million children under the age of five, and 900,000 pregnant women. In Zambezia province, 18.1 percent—or almost 1 in 5—of children five and under have contracted the disease.
Along with other government officials and religious leaders, prominent attendees at the morning’s meeting included Maria da Luz Geubuza, the first lady of Mozambique; Dr. Paulo Garrido, the Minister of Health; Bishop Dinis Sengulane, Anglican Bishop of Lebombo, Mozambique; and Admiral Timothy Ziemer, head of the PMI.
ADRA is present in 125 countries, providing community development and emergency management without regard to political or religious association, age, gender, or ethnicity.
Additional information about ADRA can be found online .
--With reporting from Adventist News Network/AR Staff
Advertisement
Advertisement 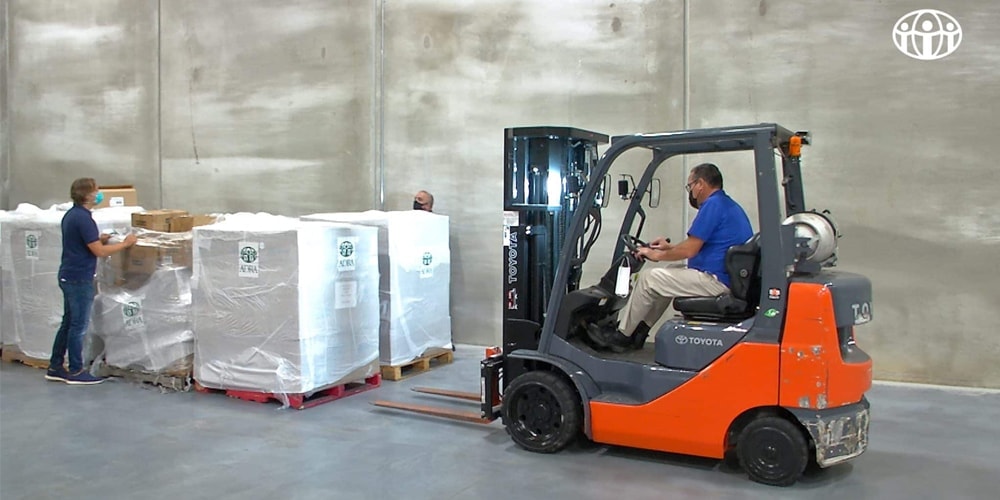