he Episcopal Church has rejected a recommendation by Anglican leaders to form an alternative leadership structure for conservative U.S. dioceses and parishes that are at odds with the liberal leadership of Presiding Bishop Katharine Jefferts Schori.

Some observers think the bishops' defiance could lead to the exclusion of the Episcopal Church from the Anglican Communion following increasing differences over the issue of homosexuality. Meanwhile, a New York Times article noted that the Episcopal Church finances at least a third of the Anglican Communion's annual operations and a split could have serious financial implications.

The primates of the Anglican Communion, during a meeting in Tanzania in February, called on the Episcopal Church to stop granting official prayers for homosexual couples and stop the consecration of homosexual bishops. Anglican leaders believe homosexuality violates Scripture, and they asked the Episcopal Church to adhere to that teaching or face discipline, the Associated Press reported.

Also, the primates expressed concern over the growing number of U.S. dioceses and parishes breaking with the Episcopal Church and affiliating with Anglicans in other nations, which is against communion tradition and has led to lawsuits over church property. The primates suggested that disgruntled dioceses and parishes could submit to the leadership of a conservative structure parallel to Schori in the United States, and they gave the Episcopal Church until September 30 to respond.

"I told our elders, 'Your quarterback's tired,'" Lucado said. "... I compare what is happening to going from being president of a college to joining the faculty. It was a painful decision, a hard decision, but I feel very peaceful about it now. I've been thinking about it since September."

Archbishop of Canterbury Says Slavery
Reparations Should be Paid

Magazine Article
Being Seventh-day Adventist
Our name says it all. Magazine Article
​In the World but Not of It
How early Adventists used the Bible as a springboard to engage society. 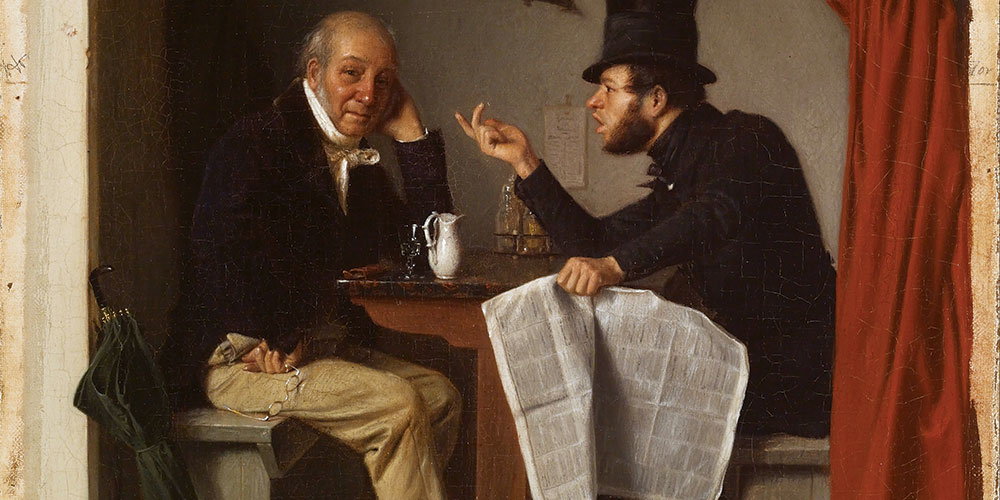