hen I put a $20 bill in the offering plate, how will I ever know it got to local church headquarters, or to the mission field?" asks Jack Krogstad, a Seventh-day Adventist layperson who chairs the General Conference Auditing Service (GCAS) Board at Adventist world church headquarters and teaches accounting and auditing at Creighton University in Omaha, Nebraska.

Krogstad knows that if members lose confidence in their church's handling of contributions, offering rates will nosedive, jeopardizing the work of Adventist Mission and the church's other outreach-oriented departments and ministries.

"A major mishandling of church funds," he hypothesizes, "could reduce contributions by perhaps 20 percent. Money must be properly managed and church members must have assurance that contributions get to their intended purpose. The [auditing] process can look kind of mechanistic, but it impacts the church and its members at all levels."
Check and Balance
Establishing--and maintaining--trust is not always an easy task. That's why for decades the Adventist church has adhered to stringent auditing standards, even though its not-for-profit status does not require such accountability and the global nature of Adventism makes a consistent and efficient system of financial checks and balances a considerable challenge.
"When you look at the $20 to $25 billion in assets that the global church accounts for and the complexity of its mission around the world, the level of oversight and accountability that exists is remarkable. It's a real testament to the church's visionary and progressive governance and financial system," says Krogstad.
The GCAS Board is one of that system's vital elements. For seven years, it has overseen the global work of the church's Auditing Service at its headquarters in Silver Spring, Maryland. Directed since 1995 by Eric A. Korff, the Auditing Service is made up of some 220 auditors worldwide who audit the financial records of some 2,500 church entities, such as regional and local church offices [called conferences and unions], missions and educational and healthcare institutions.
Under church policy, auditors must follow the generally accepted auditing standards as outlined by the American Institute of Certified Public Accountants (CPAs). These guidelines are meant to maintain high financial reporting criteria.
The Auditing Service also performs what Korff calls the "nitty gritty business" of preparing for the annual external audit of the world church's headquarters. Currently, it works with Jim Nyquist, a partner from the firm Maner Costerisan & Ellis, based in Lansing, Michigan. Nyquist double-checks the church headquarters' financial reports and records to ensure fairness and accuracy.
With its 13 to 5 ratio of laypeople--such as CPAs and other financial professionals--to church officers, the GCAS Board ensures an "independent and objective" liaison with high standards of integrity, Korff says.
"The idea," explains Krogstad, "is that the board insulates the Auditing Service against any intrusion or undue influence from independents or church officials," who might wield what he calls "hiring and firing power."
Notching up Oversight
Krogstad reports that during a time when corporate America was reticent to tighten the financial belt, the Adventist church voluntarily notched up accounting oversight. In the 1980s, Krogstad acted as research director for the National Commission on Fraudulent Financial Reporting, which pushed businesses to adopt tougher governance and auditing benchmarks. They didn't. After accounting scandals wreaked havoc on corporations like WorldCom and Enron, the United States Congress passed the Sarbanes-Oxley Act of 2002, which mandated meeting those benchmarks.

"Self-supporting organizations like the Adventist church, aren't required to submit to mandatory external audits," says Korff. However, "[the church] wants audits at every level so church members have assurance that the resources they entrust the church with are used for the purposes they're given."

In other words, audits aren't primarily in place to catch dishonest offering counters. Instead, Krogstad says, "If you have the right system in place, church treasurers and other handlers of contributions can never be accused of mishandling funds. It's our responsibility to protect the reputations of honest people."

While church leaders welcomed financial oversight, Krogstad says that when the GCAS Board was created some questioned the wisdom of including so many laypeople. "It's a pretty significant responsibility to be on the board," he continues, "so I can understand why there was initially a little trepidation about whether [or not] we would be accountable."

"Laypeople who might have some hidden agenda or some bone to pick with the church could be nominated," he continues. "It's a scary position for top management to be in. But I hope [the GCAS Board] has opened doors for more lay involvement in all levels of the church," he says.

"There has been some friction figuring out our role, but I think if you asked top church leaders they'd tell you they've discovered that it's safe to give laypeople this level of responsibility," adds Krogstad.

Lowell Cooper, one of the world church's vice presidents and vice-chair of the GCAS Board, agrees. "The professional skills and commitment to the church, demonstrated by the laymembers on the GCAS Board, are of the highest order. This uncompensated expertise from fellow church members is held in high regard both by leaders and members worldwide."
Extending Lay Oversight
While each of the world church's 13 regions already nominates laypeople to serve on the GCAS Board, Krogstad is in favor of extending the laypeople-dominated GCAS Board model itself to the church's regional and local church levels, where "in some churches there aren't real strong controls regarding the handling of money" and very few certified auditors.
Accountability must be rooted in the local church, Krogstad believes. He explains that new tax laws effective in the U.S. for 2007 will require churches to issue receipts for each cash contribution they receive if church members plan to claim a contribution deduction on their tax returns. Auditors at the local church level can then compare copies of those receipts with bank deposit slips to account for every dollar put in the offering plate.
"In a large church," he explains, "loose offerings could add up to several hundred dollars of cash every week. [The receipt system] is a golden opportunity for the church to strengthen the money trail from the hands of the contributor to where the money is used."
"We don't want to have a 'black hole' at the local church level," adds Korff. "All offerings should be counted by at least two people. How many small congregations do that? I don't think anybody has any idea."
Both Korff and Krogstad agree that the church must continue to work toward total financial transparency. "We've made a real effort to get open-minded people with a genuine commitment and concern for the GCAS mission, people who maintain a high level of professionalism on the GCAS Board," says Krogstad. "And as we spot places where the system can be strengthened, we will implement the procedures to better protect the church and its work."
Advertisement
Advertisement 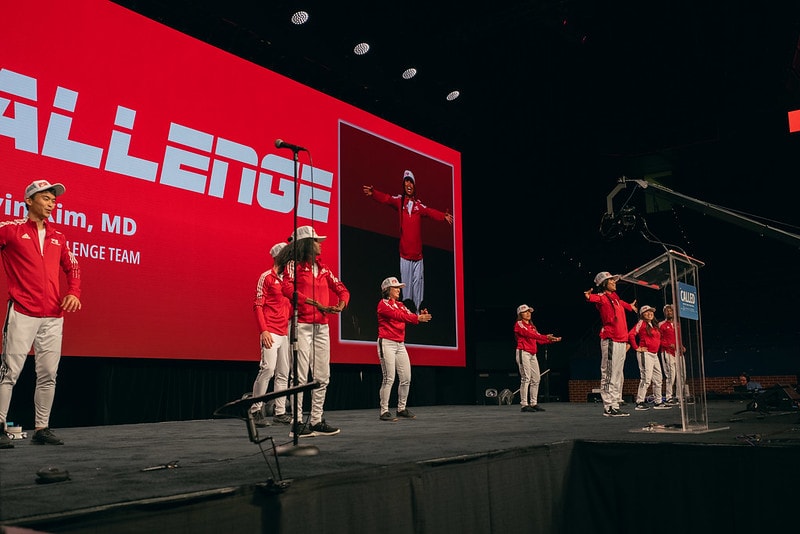 GC CoverageNews
Delegates Return Erton Köhler as GC Secretary, Paul Douglas as GC Treasurer
Both had been first tapped for those positions in April 2021. 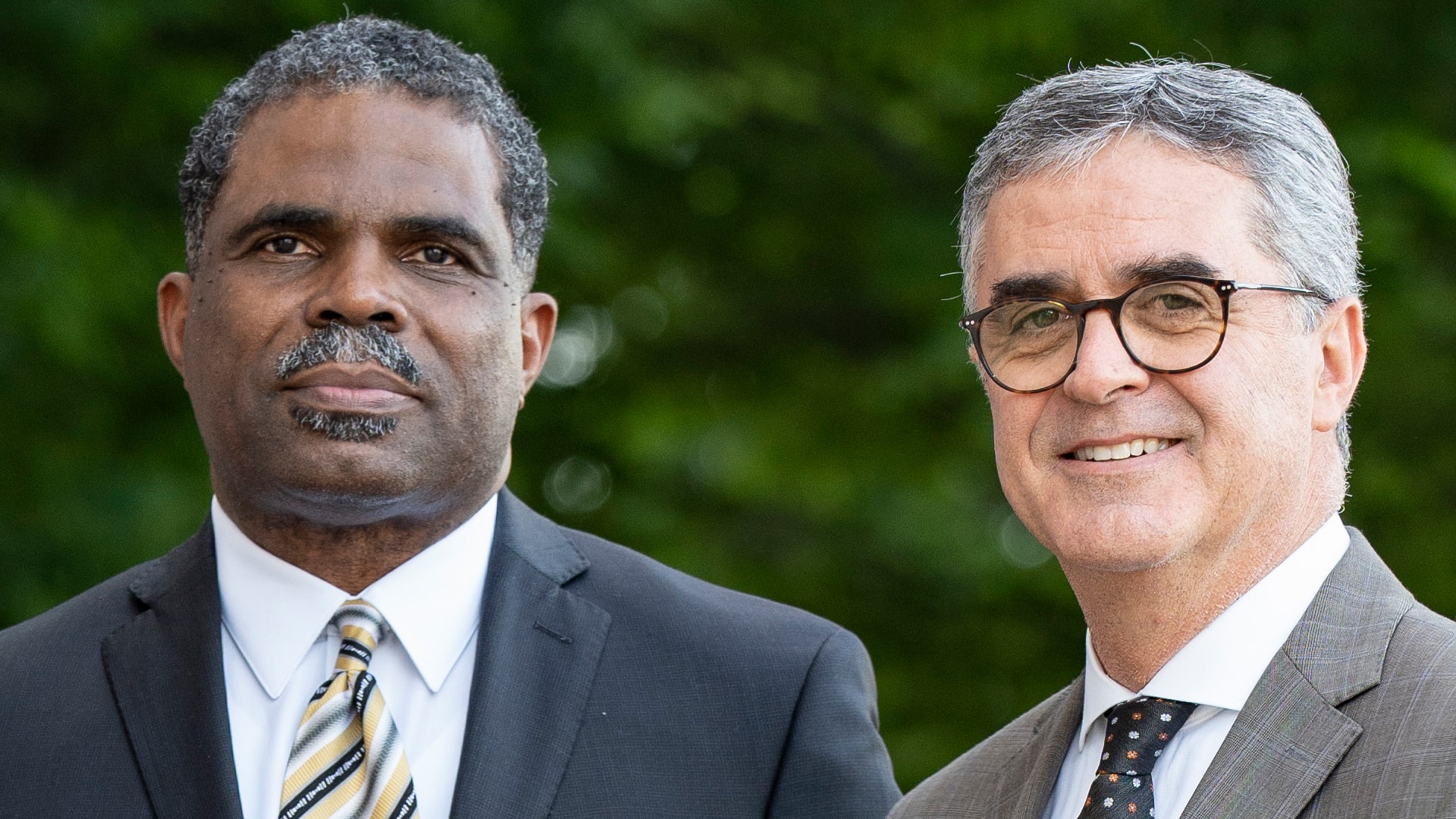