"I'll Be There in the Morning"

N 1936 I WAS AN UGLY BAREFOOT KID IN ragged blue jeans, living on my grandmother’s sandy-land farm in her log cabin with a dull hoe and no file to sharpen it. The United States was still in the grip of the Great Depression when I moved to Fort Worth to live with my sister. She cooked soup in a pot over a fire in the backyard for lack of money to pay for utilities. My job at a drugstore paid a dollar a day, and I worked from 7:00 a.m. to 7:00 p.m., seven days a week. Thousands, no, millions of men rode railroad boxcars from coast to coast looking for work. Local carpenters obtained lumber from lumber companies and built spec houses with a cyclone fence for $3,500. I looked at my $1 a day and knew at that rate I’d never own a home.
Working for My Uncle (Sam)
The U.S. Navy found me in the recruiting station. They allowed a quota of 15 men that quarter, so I enlisted. In boot camp my pay was $21 per month, plus room and board. My first assignment in the Navy was scraping barnacles from the bottom of three ships before heading out to Hawaii on a battleship, where I made the grand sum of $35 per month. After six months of scrubbing decks and antiaircraft practice until 11:00 at night, I received $54 per month. “Wow,” I said. “I’m rich!”
I woke up one morning to the sound of Japanese bombers attacking the fleet that was anchored in Pearl Harbor. An 18-inch armor piercing shell went down our smokestack. Immobilized by that hit, the ship was torpedoed and strafed from 7:55 until 10:00 a. m. Seven 200-pound bombs hit the ship, causing it to sink into Pearl Harbor with the water level just two inches below the main deck.
After the ship was refloated and refurbished, we sailed it to the coast of France, where our big guns hammered the enemy’s defenses prior to the D-day invasion. I worked hard and became a third-class petty officer as a gunner’s mate.
A New Career Path
After the war I married a beautiful girl, and we had a beautiful daughter. At that point in my life my professional training consisted of arming torpedoes and servicing 30- and 50-caliber machine guns. Who’s going to hire me to do that? I asked myself. Back in Fort Worth a large aircraft corporation offered me a job, and I took it.
Soon I met a fellow with some strange religious beliefs. We’d eat lunch on the lawn and discuss the Bible. After one of our conversations the boss came over and said, “I teach Sunday school, but I leave all that stuff at church on Sunday. If Christ returned today He would smoke a fine cigar and drink a good whiskey.”
To each his own, I thought.
One day I told my companion, “I feel odd making weapons to kill people.”
“So do I,” he admitted.
Somewhere in my Bible reading I had come across the idea of the seventh-day Sabbath. In one of our talks I said, “John, you have to go to church on Saturday if you want to obey God. The Bible says the seventh day of the week is the Sabbath, and we go to church on the first.” 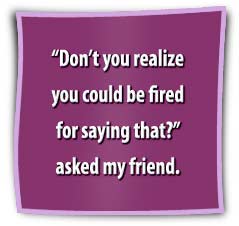 “I don’t,” he answered. “Where do you go?” I asked.
“We go to the Seventh-day Adventist church over at 2020 Hemphill Street,” he replied.
“I never heard of a church like that,” I told him. “My wife and I will be there this Saturday.” And we were. Since February 1950 we have rarely missed a Sabbath.
Back inside, my boss called me to his desk. “Don’t be seen associating with that Adventist. The department thinks the church is in session if you speak to him at the water fountain.” At that moment the phone rang on his desk. My boss said, “This man wants to speak to you.”
The voice on the phone asked, “Can you come work for us? We’ll pay you 20 cents an hour more than you make there.”
“I’ll be there in the morning.” And right on the spot I gave my notice.
“Don’t ever come back!” my boss said.
My wife and I studied the Bible regularly, but we weren’t baptized until September 9, 1950, our wedding anniversary.
New Challenges
My new job kept me busy. It paid well, and I enjoyed the benefits. But one day an emergency arose, and the head of the department said, “Moore, you have to work late tonight (a Friday). It will mean overtime, but this is a government contract, and this job must be ready for delivery Tuesday afternoon.”
“I’m sorry, sir,” I said reluctantly. “God says I can’t work after sundown on Friday. I can come in tomorrow night and finish it in time for the engravers Monday morning.”
“No, I want it done now!” he said. I put my hat on and walked out.
Monday morning I was already at work when my boss came in two hours late. “I’ve been thinking,” he began. “If a situation like that ever arises again, I will replace you. Is that clear?”
“Yes, sir,” I replied. “But if it should, I’ll have to do it again. So in fairness, I have to tell you now that you should find a replacement.”
A fellow employee said, “Don, don’t you realize you could be fired for saying that?”
For the next month my supervisor didn’t say a word to me. Then he was told by one of his supervisors to report for work on Sunday. “I don’t think a man should work on his church day,” he told his boss. I don’t know if he did or not.

Then one day the owner of the company announced, “We’re selling the company and downsizing.” A number of us were laid off. My wife and I discussed what I was going to do next when the phone rang. “This is the Fort Worth Press,” said the voice on the other end of the line. “Can you come be our staff artist?”

“I’ll be there in the morning.”
Near the end of summer my boss gave me a job that was almost impossible to accomplish, a double-page newspaper ad that I received about 1:00 and had to design and have ready by first thing Monday morning. To do it I was supposed to have it finished by Friday at 5:00.
After a few weeks I suggested taking the job home and completing it over the weekend at my leisure. “No!” my supervisor replied. “The union wouldn’t stand for that.”
“But I’m not in the union,” I said.
“No difference; the answer is no!”
Just then the phone rang. “Mr. Moore, can you come teach high school for Fort Worth public schools?”
“I’ll be there in the morning,” I told the person at the other end of the line.
Another Opening, Another Career
The next day found me teaching grades 9 through 12; 64 students, three hours a day, for 18 years. I took a 50 percent cut in salary, but we trusted God and paid tithe as always.
At employee orientation I was told I’d have to work on Sabbath twice a year. “I can’t do that,” I told my supervisor. “I observe the Sabbath from sunset Friday to sunset Saturday.”
“Let me call administration,” the principal said as he picked up the phone. After he put down the phone he turned back to me and said, “You won’t have to work on your Sabbath.”
As I look back on my life I don’t consider myself extraordinary. But I certainly marvel at the way God was always there when I needed Him. I did my best to honor Him, but His kindness to me far outpaced anything I did for Him. I can only say, “To God be the glory, great things He hath done!”
___________________________________________
Don Moore and his wife attended the First Seventh-day Adventist Church of Fort Worth, Texas, when he submitted this story.
Advertisement
Advertisement