hey have one left!” I whispered frantically to my stunned wife who had just seen me run the length of Target in .37 seconds.

“One what?” she said, feeling the burn of the other customers staring at her and her lunatic husband.

“A Wii!” I whispered, exasperated, so the other curious consumers wouldn’t hear. “A what?”

“A Nintendo Wii—they have one left! Can I buy it?”

The Nintendo Wii—for those of you who do not naturally drift to the electronic section of the store—is the latest in video game technology. It boasts wireless remote technology, allowing the player to control the game on the screen through movement and not just mashing down buttons. For example, if I were to swing the remote like a sword, the game character on the screen would swing his sword. Or if I were to swing the remote as if it were a bowling ball (without releasing it) the bowler on the screen would bowl. The system also features complete backwards compatibility. What all that means is that this, along with another new system (the Playstation 3), caused—in the words of Jeff Foxworthy—complete and utter “pandelerium” at stores across the nation just before Christmas. 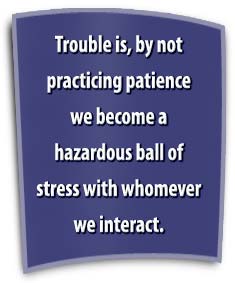 In , a 19-year-old man was injured when he ran into a pole while racing with 50 others for one of 10 spots outside a Wal-Mart. In , someone fired BB pellets from a passing vehicle at people waiting outside a Best Buy store.

In , authorities shut down a Super Wal-Mart after shoppers got rowdy. This, actually, is not all that impressive. I mean, when isn’t Wal-Mart rowdy around the holidays?

But one of the worst involved two armed thugs in , who accosted a line of people waiting for a Playstation 3. When a patron refused to give up his money he was shot. Makes you wonder who is more disturbed, the armed thug or the one who took a bullet for the Playstation 3?

For the lucky few who managed to acquire one of these hot systems without grievous bodily harm, eBay was the name of the game. Playstation 3s—normally 600 bucks—went for upwards of $3,000, or more; while the Wii, retailing for $250, reached $500 or $600. The lengths people will go because they’re impatient. Health could be preserved and budgets saved from ruin if some of these people had just waited a few months.

But most of us aren’t known for waiting on anything. Whether it’s waiting on game systems, waiting for the Minnesota Twins to stop letting us all down in the post season, or waiting for God, patience is a rare virtue in our “on demand” society.

Trouble is, by not practicing patience we become a hazardous ball of stress with whomever we interact. And the longer we practice impatience, from the little things such as our “wish list” on Amazon.com, or waiting on God to answer that prayer we remind Him of every day, it becomes more and more difficult to get along with others and have peace of mind.

The Bible reminds us that one of the fruits of the Spirit we are to ripen in our lives is patience. “But the fruit of the Spirit is love, joy, peace, longsuffering . . .” (Gal. 5:22, KJV). So what can we do to start practicing patience? A little self-denial never hurts.

The next time you head out to procure that item you have been saving (or should have been saving) for, stop; wait a month. Not because buying things is bad, but because you are practicing a spiritual discipline. Or ask God (or your spouse) to show you where you need a tune-up in the patience department. And while you wait, serve God; there’s no better way to pass the time. Find the work closest to you via your church or community and start doing it. The Bible says “waiting on the Lord” (as in serving Him) brings us strength (Isa. 40:31).

As for the Wii—I sold it for 400 bucks on eBay. And I didn’t endanger my life or my financial security because of impatience; the opportunity just presented itself. Good things come to those who wait. Try it and see what sort of blessing God can bring into your life.

Seth Pierce studies at the Seventh-day Adventist Theological Seminary at . He lives with his wife, Angela, in . He is the author of Pride and Seek, published by the Review and Herald Publishing Association.

The Faith-Full Life
Bearing One Another’s Burdens
Despite the challenges life throws at each of us, we're not helpless.
Magazine Article
​The One and Only Bible
My Rock | The Word Shines Light Into Our Lives | Thundering Words | Deep Impact