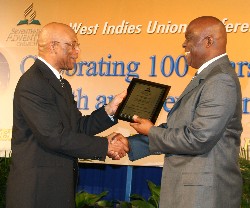 housands of Seventh-day Adventists from the Bahamas, the Turks and Caicos Islands, the Cayman Islands, and other world regions met in Mandeville, Manchester, Jamaica, in November 2006 to celebrate 100 years of the church in that region.

“Unless we have celebrations like this, we will have spiritual Alzheimer’s disease,” said Matthew A. Bediako, secretary of the Adventist world church. “That’s why it’s important for the church to celebrate 100 years. We need to remind [people] of the way the Lord has led us in this part of the vineyard.”
The celebration included a recognition ceremony for Adventists leading the work in that region, a pictorial exhibition of the church’s history, and a parade.
In 1906 the West Indies Union totaled 3,110 members. Today it comprises more than 243,000 members.
—West Indies Union Communication Department/AR.
IDAHO: Signs of the Times Gets Makeover
In the 132 years that Signs of the Times has been in print, it has changed forms many times. When James White started the magazine in 1874, it was the size of today’s newspaper and used all black type with no illustrations. But beginning this month, readers will notice that Signs of the Times has once again transformed to a fresh format.
The most noticeable new feature is its smaller Reader’s Digest size, but it also has doubled in number of pages—from 32 to 64. Other features include new design and illustrations, as well as additional articles on Bible study, health, family, faith, and current events.
“Our mission is still the same—to win men and women to Jesus and alert them to His soon coming,” says Signs of the Times editor Marvin Moore. “I believe this new smaller size and format invite people to pick up the magazine and read its life-changing articles.”
For more information click here.                                                       —Pacific Press Publishing Association/AR.
South Africa Church Reaffirms Heterosexual Marriage
Following a decision by South Africa’s parliament in November 2006 legalizing same-sex unions in South Africa, the Adventist church in that country issued a statement upholding marriage as an exclusively monogamous and heterosexual institution.
The statement, which was passed unanimously during a year-end executive committee of the church’s Southern Africa Union, recognizes South Africa’s constitution, which now prohibits discrimination based on sexual orientation.
“On the other hand,” said Francois Louw, president of the Southern Africa Union, “the [statement] maintains that the only biblically recognized marriage is between a man and a woman. The church does not recognize any Christian or biblical sanctions for same-sex marriages.”
In response, Louw said the church in South Africa submitted a formal application to the government requesting that all Adventist ministers and marriage officers be exempted from performing homosexual weddings because they deviate from the biblical model. Church officials report that all pastors in the country have applied for individual exemptions on the basis of “good conscience and biblical models.”                                                                —Adventist News Network/AR.
CALIFORNIA: Teachers Produce Documentary on Fibromyalgia

Living With Fibromyalgia features interviews with several individuals and their battles with fibromyalgia, a chronic illness that is little known and often misunderstood. The film premiered at Chapman University’s Folino Theater in November and received a positive response from patients and their families.
“The tremendous response to this film just goes to show the enthusiasm of the fibromyalgia community and our willingness to support those efforts that bring awareness and help tell our story to the world,” said Lynne Matallana, president and founder of the National Fibromyalgia Association.
For more information click here.                                            —PUC Public Relations Department/AR.
CANADA: It Is Written Speaker Henry Feyerabend Dies

One of Canada’s best known religious leaders, Henry Feyerabend, speaker emeritus of the weekly telecasts It Is Written (IIW) and Esta Escrito, lost his six-year battle with cancer on December 12 in his home in Bowmanville, Ontario, Canada.

Feyerabend founded the telecast Destiny, which ran for 20 years until it was merged with IIW in 1994. He continued as speaker/director of IIW in Canada through 2000.  In 1972 he launched Esta Escrito in Portuguese, which is still aired on cable television in Toronto. Feyerabend wrote and produced more than 850 episodes for television in both English and Portuguese. By satellite he shared the gospel with throngs numbering close to half a million on a single night.
Feyerabend is survived by his wife, Emma, and his daughter, Judy.      —It Is Written Canada/AR.
INDONESIA: 9 Adventists Aboard Missing Plane
The Seventh-day Adventist community in Indonesia is praying that increased efforts will soon find passengers of the Adam Air KI 574 plane that went missing on New Year’s Day. The plane, which left the main island of Java and headed to Manado, had 102 people on board, of whom nine were Adventists.
Reportedly bad weather forced the pilot to change course twice during what was supposed to be a two-hour flight. The plane lost contact with the air traffic control tower around 1:53 p.m. local time.
According to the Associated Press on January 8, Indonesian officials added hundreds of soldiers and six helicopters to the search. A United States Navy ship joined the effort Monday.
Moldy R. Mambu, associate treasurer for the Adventist church’s Southern Asia-Pacific region, confirmed that among those missing are employees who worked at Adventist church offices including the East Indonesia Union Conference, the East Java Conference, and the West Indonesia Union Mission. He added that one couple had gotten married on December 28 and were on their way back to Manado for another wedding celebration.
“Let’s pray for the family that the Lord will comfort them. Also pray for the search-and-rescue team, who are still struggling to find the airplane,” said Mambu.                                              —Adventist News Network.
Advertisement
Advertisement 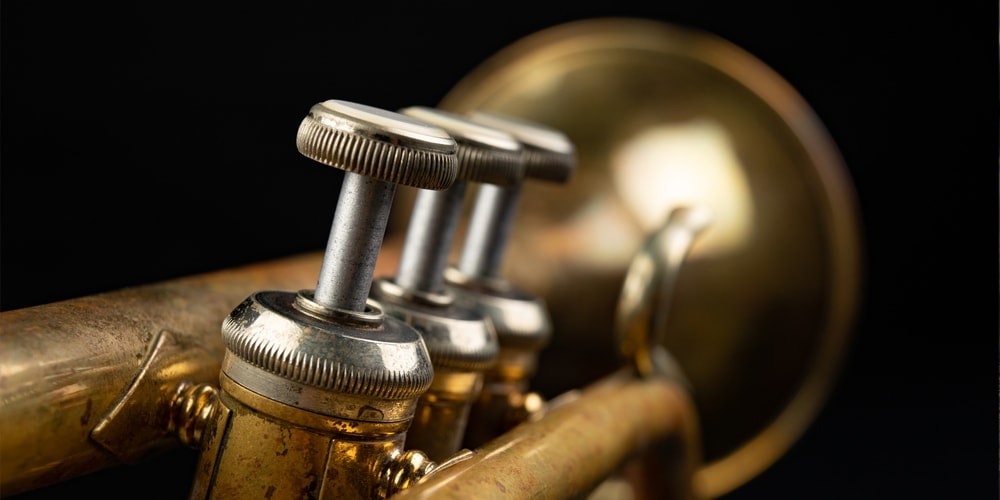